Given how much time South Africans have been spending at home this year, and how much of the Black Friday hype has moved online, it’s not surprising that many retailers are making a push to advertise their tech Black Friday deals.

If it's steep discounts you're after you'll need to be shelling out for the top of the range items - there's very little to play for in the entry-level models across the tech sphere. Retailers are also watering down their once-in-a-lifetime deals, and many are instead offering discounts seen at other times of the year.

There are also no standout contenders for most altruistic retailer this year - most seem to be hedging their bets and being somewhat conservative with their deals. In some cases, discounted prices even appear standardised across various competitors.

The usual caveats also apply, but in slightly bigger doses this year - many of the items on sale are soon to be replaced with newer ranges, and most of the stated discounts are exaggerated.

Much of the hype is focused around stores like Incredible Connection, iStore, Hirsch’s, Expert, and Makro, and Takealot. And if you're willing to do a bit of research on each, you should be able to walk away with a few grand's saving on some big ticket tech items this Black Friday. iStore and Incredible Connection are running the biggest black Friday deals on Apple laptops. These aren’t, understandably, part of the new range of MacBooks recently announced - but if you’re happy with an at least one year-old model, then you might score a reasonable deal.

This 13-inch MacBook Air from iStore is the cheapest Apple laptop we could find on a Black Friday special. It’s entry level as far as MacBooks go, but has impressive battery life, is light and thin, and has a fifth-generation Intel Core processor. At R14,999, iStore is R2,000 cheaper than the recommended retail price, and R1,000 cheaper than Incredible Connection who’s offering the same model in their Black Friday deals.

Deals on entry-level MacBook Pros are uninspiring - they’re hovering around the R1,000-off mark, and close to prices seen at other times during the year. If you’re willing to shell out around R50k for a new beast, though, you’ll bag a better deal.

The 8-Core variation on the above is also going cheaply - Incredible Connection has it at R54,999, and iStore at R56 999. By way of comparison, Digicape, who have been limited in their Black Friday offerings this year, is selling this laptop at the regular price of R59,099. 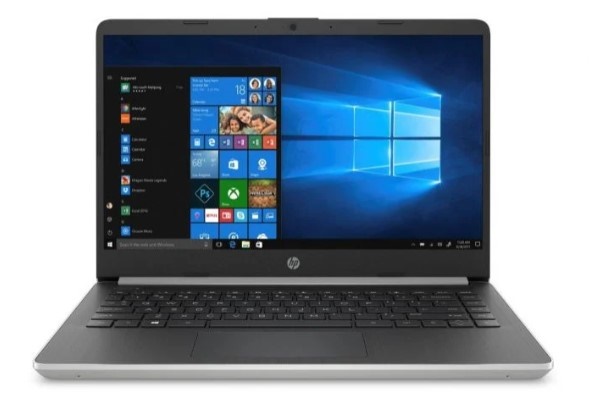 Black Friday deals on Windows laptops are less inspiring - especially at the entry level. But this HP 14 Core i5 Notebook ticks most of the boxes and is on offer for a decent R2,000 off - at price of R11,999 - at Incredible Connection.

The midrange and higher-spec laptops are where you’ll find the bigger deals. This HP 15 i7 8GB 1TB Notebook is selling for R12,999 with a promised discount of R4,000, which according to our research is a fairly accurately stated discount.

And this Dell XPS Notebook is being advertised at a discounted price of R28,999 - a promised R4,000 off. Although research suggests this discount may be inflated, it’s about the best deal you’ll get on a higher-end Windows laptop. Televisions are traditionally at the heart of Black Friday deals around the world, but they’re also where the biggest overinflated promised discounts lie in South Africa.

Almost all Black Friday television deals promise massive discounts that are upon reflection less exciting - and a quick look across leading retailers will show just how exaggerated and variable the promised  discounts really are. But if you’re desperate to light up your living room with the latest TV, there are a few decent deals floating around.

Hirsch’s is promising that their LG 165cm 4K Smart OLED TV is selling for a pretty staggering R8,500 off, at a still not small R49,999.99 - but a bit of online research shows that this is a good case of an overinflated retail price.

If it’s savings you’re after, rather go for the Samsung 190cm 4K QLED TV. Both Expert and Hirsch’s are selling it for about R40,000 - and although the promised discount on both sites is inflated, it’s still about R10,000 less than you’ll pay for it elsewhere.

If you’re after a slightly less absurd television, LG is running pretty good specials across all major retailers. The LG 55" Nano Cell Smart TV from Game, Incredible Connection, and Hirsch’s is a pretty good buy at R10,000 - although all promise advertise different original selling prices, it still represents about a R2,000 discount from competitors.

The bigger LG 75” Smart Nano TV is a step up at R23,000, which, as a great way to demonstrate the trickery that goes on in this department, depending on who you believe is a saving of between R4,000 and R7,000. Smart watches and wearables are starting to make a move into Black Friday deals in South Africa, and if you’re in the market for a new wrist gadget you might be able to snag a decent deal.

The Samsung Galaxy Watch has recently retailed for as much as R5,000 - but several retailers, including Expert, Takealot, and Hirsch's are selling it for R2,900.

iStore and DigitalExperience are selling the entry level Apple Watches at a reasonable discount. The 42mm GPS Silver Aluminium Case is selling on a Black Friday special there for R4,799 - Digicape is selling the same watch for R5,499.

There are also good deals going on the higher-spec Apple Watches. The 44mm Space Grey Series 5 GPS + Cellular Apple Watch is selling through iStore at R8,499, which is about R1,500 off the regular price. Although if you’re willing to settle for the silver case, you have a better deal at Incredible Connection, where it’s selling for R7,999.