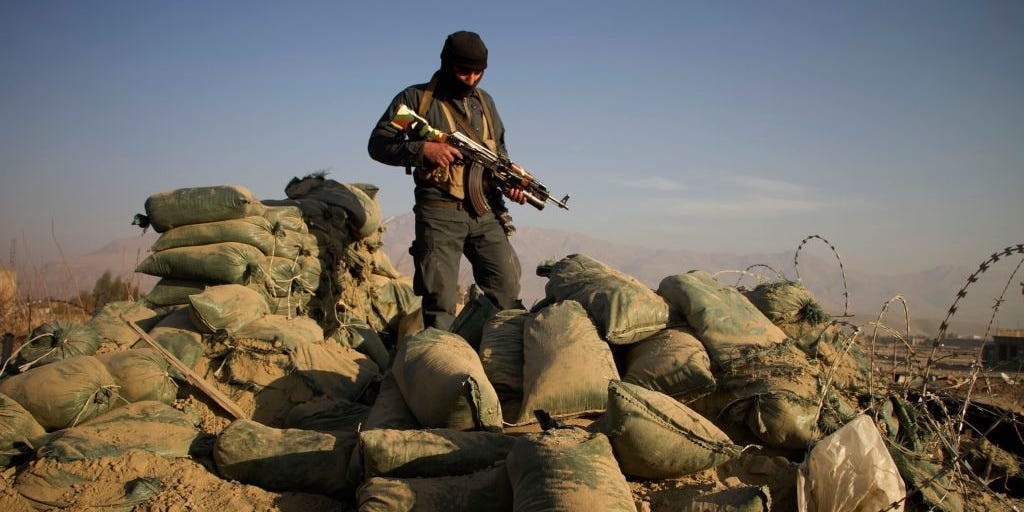 The Taliban is advancing in seizing complete control of Afghanistan.
Xinhua/Saifurhaman Safi via Getty Images

The Taliban were seen dragging men accused of theft through the streets of the newly-captured city of Herat in Afghanistan on Friday.

Photos taken by journalist Bilal Sarwary show men tarred in black with nooses around their necks being paraded through the streets as armed militants flank them. Some of the militants are pictured pulling at the nooses.

"Taliban accused these men of theft, their faces were coloured with black colour, to embarrass them and were paraded in Herat city after the Friday prayers," Sarwary wrote alongside the pictures.

Another video shows a crowd of people following the men.

Taliban accused these men of theft, their faces were colored with black color - to embarrass them and were paraded in Herat city after the Friday prayers. pic.twitter.com/crLpdK3kCV

The images come one day after the Taliban seized control of Herat, which is the country's third-largest city.

"The city looks like a frontline, a ghost town," provincial council member Ghulam Habib Hashimi told Reuters. "Families have either left or are hiding in their homes."

A US defense official has since said there is mounting concern that the militant could make a move on Kabul, the country's capital, within days.

"Kabul is not right now in an imminent threat environment, but clearly ... if you just look at what the Taliban has been doing, you can see that they are trying to isolate Kabul," Pentagon spokesman John Kirby said, according to Reuters.

President Joe Biden has been receiving regular briefings from his national security team on efforts to remove American civilians.

On Thursday, he announced plans to send 3,000 additional troops to Afghanistan to help evacuate US embassy staff.