A stash of rare gold coins discovered in a Swiss vault – and believed to be part of the puzzle of the missing Kruger Millions – are now for sale.

But you'll have to speak to the SA Mint if you want to know how much you'll pay.

The coins are part of what numismatic scholars have referred to as the “Lost Hoard”, produced between 1893 and 1900, which is the year then-president of the South African Republic, Paul Kruger, left Pretoria by train.

By that time, the Second Boer War had been raging for about seven months, with the British avenging earlier defeats, overpowering Kruger’s men and pushing on to capture the capital.

Legend has it that a train laden with minted gold coins and bars had been dispatched from Pretoria just 24 hours before the British troops arrived. The gold, said to be worth billions of rands in today’s currency, was destined for Mozambique, where Kruger was preparing to flee overseas and rally European support for the Boer war effort. 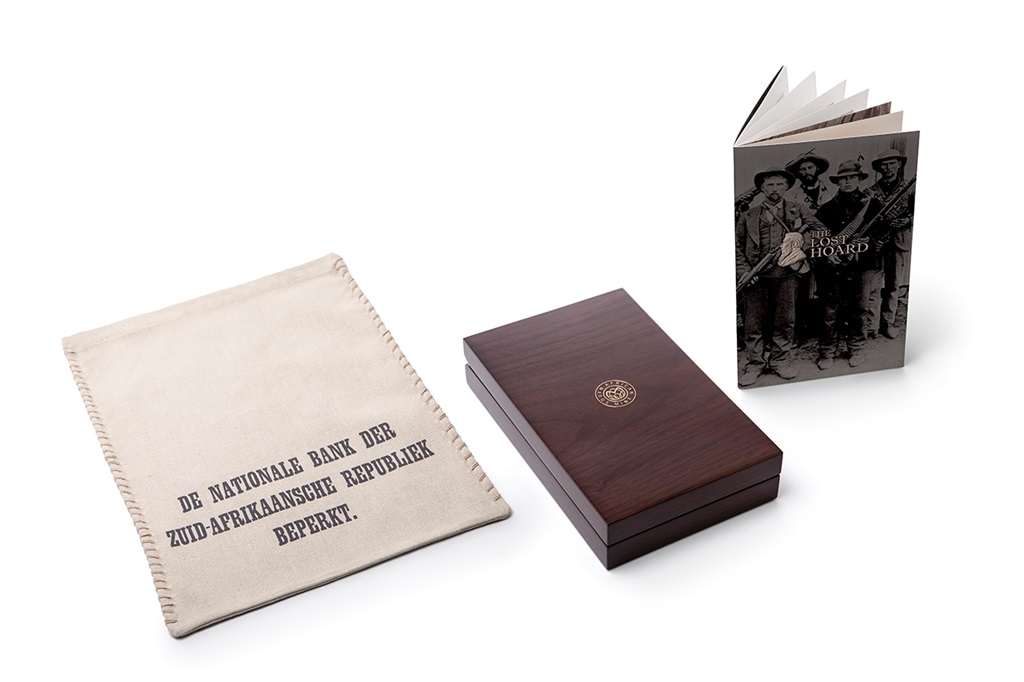 It’s commonly assumed that somewhere between Pretoria and Mozambique – possibly where the small town of eNtokozweni is located in Mpumalanga – a large portion of the gold coins and bars were buried, to be used to fund the fight at a later stage. Kruger arrived in France by ship on 22 November 1900, with no sign of the gold stash.

The mystery of the missing “Kruger Millions” has inspired intrepid treasure hunters and braai-side theorists alike. In 2001, it emerged that a family of farm workers had discovered some of these Kruger pods near Ermelo in Mpumalanga as early as 1960. Beyond that, however, the gold has remained hidden.

That was until the recent discovery of a Swiss vault.

According to the South African Mint, a subsidiary of the South African Reserve Bank (SARB), the sack full of Kruger ponds was transported from the Netherlands to Switzerland shortly before the start of the Second World War. The treasure remained in a vault until it was recently sold at auction. The Kruger ponds, now owned by the South African Mint, have been independently verified and graded by the Numismatic Guarantee Corporation in Florida, in the United States.

“The discovery of the Lost Hoard is truly awe-inspiring, and it is with great pride that we offer the coin sets to the numismatic fraternity,” says Honey Mamabolo, managing director of the South African Mint.

“The sets are the closest, once-in-a-lifetime opportunity to physically own authentic remnants of the Transvaal gold.” Depending on the condition and year of the coin, the value of a single Double Shaft Kruger Pond in this “Lost Hoard” collection ranges from R14,500 to R250,000. "The packaging features, among other things, a replica of the original money bag in which the coins remained hidden for more than a century," notes the South African Mint.

Paul Kruger died in the small village of Clarens in Switzerland on 14 July 1904 at the age of 78 after spending a considerable amount of time in the Netherlands.

Related Links
SA is getting a new R5 coin, featuring old coins, to celebrate the Reserve Bank
Sorry, your Mandela R5 coin is probably still only worth R5
SA Mint releases new coin that features a small dinosaur
Next on Business Insider
A US groom contracted Covid-19, so the bride attended the wedding reception with a cardboard cutout of him