The City of Cape Town has given the go-ahead for a new development that will host global tech giant Amazon's new African base of operations.

The Liesbeek Leisure Properties Trust, which owns the River Club golf course and conference centre in Observatory, has been granted permission to begin developing the 15-hectare parcel of land.

The River Club Development will include commercial and residential units.

Almost 60,000 sqm will be used as office space, with Amazon as the anchor tenant. Mixed-use space for retailers, a 200-room hotel, gym, restaurants, and conference facilities will also form part of the development. 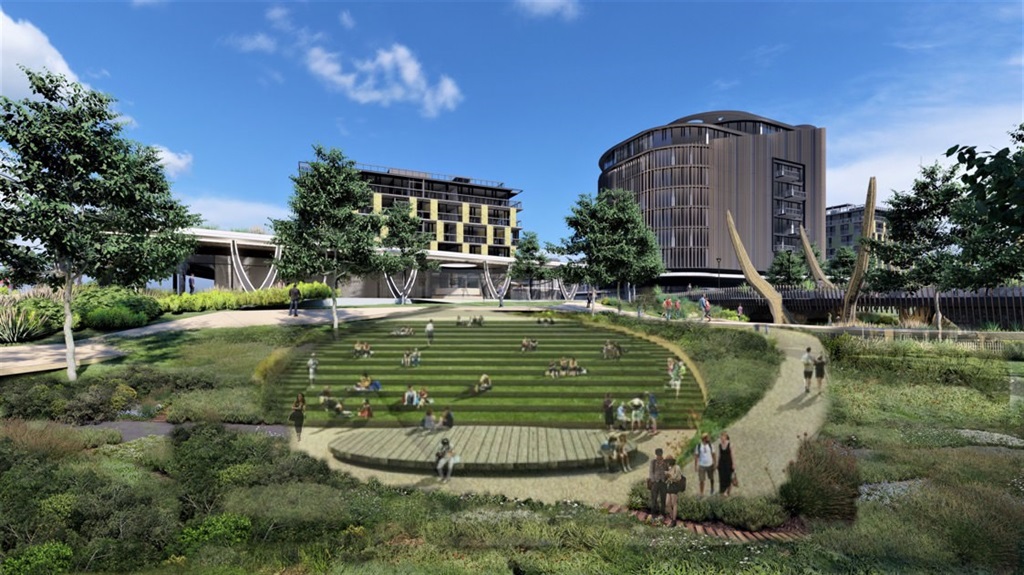 Liesbeek Leisure Properties Trust, which bought the land from state-owned rail and port authority Transnet in 2015, has also allocated 31,900 sqm for residential units.

Amazon, which is currently based in an office block on Roeland Street, has reportedly been on the hunt for a bigger base of operations in Cape Town since 2018. The move to the River Club, which is expected to consolidate Amazon’s web and customer services, will expand the company’s operational floor space to approximately 70,000 sqm. But the R4.5 billion River Club development has been the subject of fierce legal challenges.

Opposition to the development stretches back to 2016, when a draft scoping report was filed by SRK consulting on behalf of the Liesbeek Leisure Properties Trust.

The development was expected to be completed in three phases, starting in 2018 and ending in 2021.

Instead, concerns around the environmental impact of the development and the cultural significance of the Two Rivers Urban Park area, led to over 400 objections. Environmental activists argued that construction of the mega development on the floodplain between the Black and Liesbeek Rivers will damage the ecosystem and increase the risk of flooding in adjacent properties.

This site is also historically significant. The Khoisan were first driven from the site by European settlers upon their arrival in Cape Town, according to Heritage Western Cape (HWC). A two-year provisional protection was granted to HCW to protect the area from development and lapsed in 2020. “The City has carefully and thoroughly considered all of the submissions and concerns during the appeal process,” explained Plato.

“We are acutely aware of the need to balance investment and job creation, along with heritage and planning considerations.” To mitigate the risk of flooding, the Liesbeek Canal will be rehabilitated, and the western part of the parcel converted into a “vegetated swale” with sunken ground covered by plants which will absorb and filter stormwater. These measures have been supported by a hydrology expert in a submission to the Planning Appeals Advisory Panel (PAAP), according to Plato. Liesbeek Leisure Properties Trust has also been ordered to consider input from the First Nations Collective, a Khoisan-led organisation which initially opposed the development. To honour the cultural significance of the site, the developer has already agreed to incorporate the following:

While the rezoning application submitted by the Liesbeek Leisure Properties Trust – to permit general business and residential uses – has been approved, all buildings will be limited to a height of 44 metres.

The developers will also have to fork out R74 million to upgrade engineering services like water connections.

Related Links
Jeff Bezos was reportedly so happy with Amazon's logo he said anyone who disliked it 'won't like...
This SA start-up managed to list its products on Amazon - here's how it boosted sales
Amazon illegally fired two activist employees, labour board reportedly finds
Next on Business Insider
SpaceX included a controversial NDA when it settled a sexual misconduct claim against Elon Musk