Photographer Gray Malin has his beaches, but Brad Walls is turning swimming pools into art with his dreamy aerial shots.

In a time where exotic vacations and lazy days spent poolside may be unlikely for many, the Australian photographer's new series, "Pools From Above," is a refreshing mental escape.

Brad Walls told Insider he picked up a semi-professional drone two years ago to document his travels around Southeast Asia, and that he's been refining his aesthetic since. The Australian photographer said he's "constantly experimenting with various subject matters," and that his style is "ever-evolving." Currently, his style focuses on "minimal elements, clean lines," and "geometric patterns forming," according to Walls. He said he took his first aerial shot of a pool two years ago in Asia, "for the sole purpose of collecting memories." It wasn't until 2019, when he picked up a coffee table book titled "Splash: The Art of the Swimming Pool," that he honed in on pools. He said he focuses on "exposing the architectural features of each pool, like their own personality." Walls' series, aptly titled "Pools from Above," consists of pools he shot in Indonesia, Malaysia, the Philippines, and Sydney, Australia. He says he's lost count of how many pools he's shot, but estimates that it's around 100. Only 20 pools made the cut for his series. 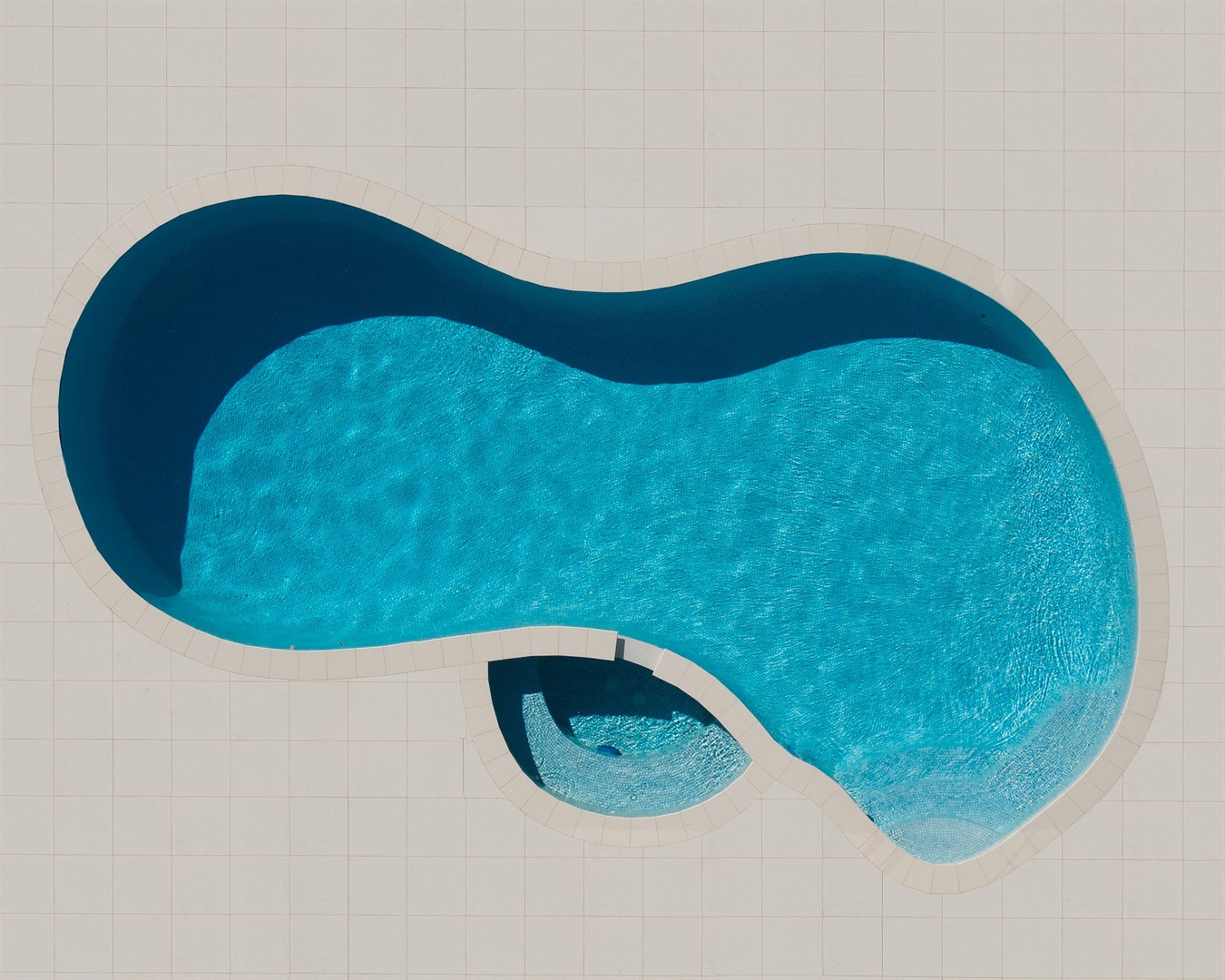 The 20 pools in the series "stood out for their shapes, colours, and geometric harmony," he said. He says he often uses Google Earth to pin pools "that stand out visually from above." Walls then starts thinking about what he wants the photo to look like. "To make pools intriguing, it is all about applying design principles — negative space, symmetry, leading lines, geometry — to bring out its features and their own sense of personality," he said. According to Walls, lighting is the most important element in his shoots, as shadow management is critical. When pools are stark and minimal he says he likes to add people, towels, or umbrellas to make them feel less sterile. Each shoot takes him around 45 minutes, though he says patience is key. "Without the necessary time and natural flow of artistic discovery, I wouldn't have had the chance to develop the 'special sauce' for creating 'Pools from above,'" Walls said. "A Palm Springs Ting," pictured below, is close to his heart, as he credits it with defining his style. 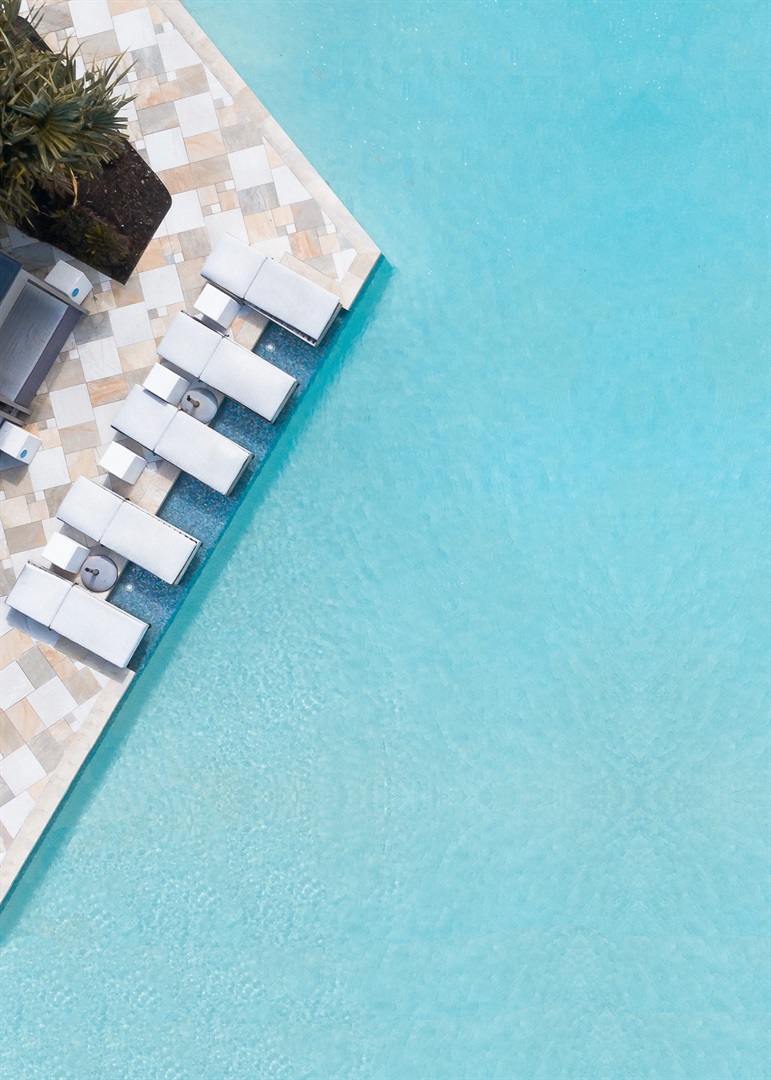 "It must have taken me 50 edits to get that image to sing, but that learning process was the foundation of the entire series," he said of the photo above. "I cannot stress the importance of failing time after time to find a winning formula." He says the series is still evolving, but that his goal is to eventually release a coffee-table book. "I look forward to this series taking me to unique locations around the world to expose the beauty of pool architecture," he said. Palm Springs, Mexico, and the Mediterranean are at the top of his list.