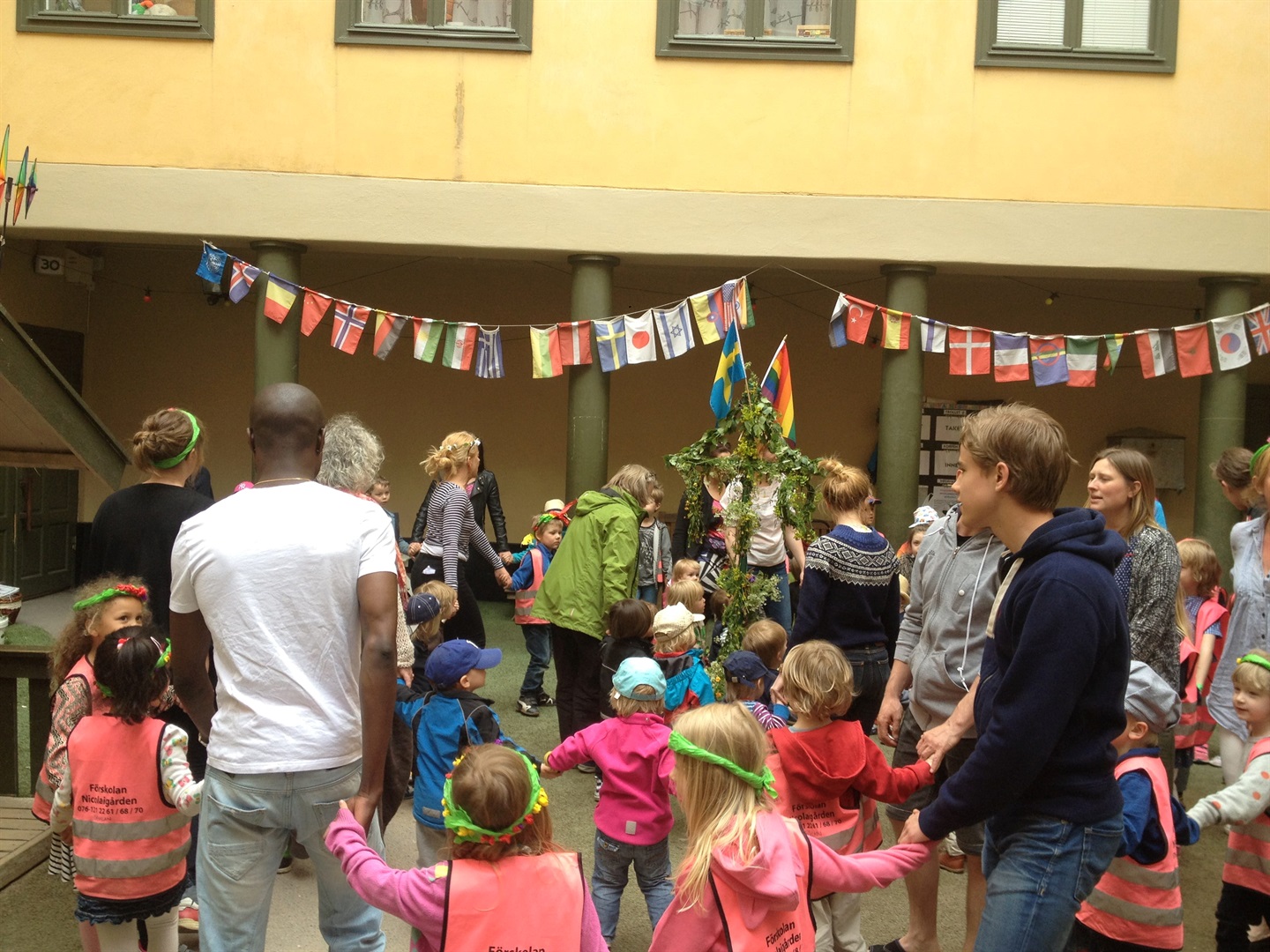 Throughout the coronavirus pandemic, life in Sweden has looked pretty normal compared to most places: Bars and restaurants have stayed open, most offices expect employees to show up, and elementary and high schools remain in session.

These days, it's looking even more like the pre-pandemic days, with parents who previously kept their kids home from preschool sending them back, and already-light government guidelines loosening further to encourage even people with a dry cough to go to work and school if other Covid-19 symptoms subsided two days prior.

As Andreia Rodrigues, a preschool teacher outside of Stockholm, says, it's "business as usual."

But she and other members of the #SaveSweden movement wish it weren't: Contrary to perceptions of Sweden as a place where the government trusts people to make their own good decisions, she says that's not the case for parents and teachers who want to stay home to keep themselves and their families safe.

Rather, parents are faced with real threats from child protective services, while teachers fear being fired if they don't go to school or wear a mask when there, she says.

Rodrigues worries this could lead to more people contracting the coronavirus, making the pandemic worse in a country that just recorded the highest death rate per capita in Europe.

What's more, she said, residents' lack of autonomy is driving serious mental health concerns, and pushing some families to consider fleeing the country.

Her movement, which she says has 1,400 members but is currently only visible as a collection of testimonials on Facebook, doesn't necessarily aim to shut schools down entirely, but to give people a choice if they feel safer at home.

"Do whatever you want," Rodrigues said of the group's philosophy, "but let people protect themselves."

Rodrigues works with a class of 22 preschoolers. She believes she's been exposed to the virus from her live-in fiance, who experienced the telltale symptoms and works in an airport, but she was still required to report to work when she alerted her boss she was living with a presumptive Covid-19 positive person.

Sweden's public health agency says people can continue going to work or school if they live with someone with the disease as long as they're not showing symptoms. The World Health Organisation, meanwhile, has emphasised that asymptomatic people can and do spread the disease.

Rodrigues doesn't wear a mask because she worries she'd get fired for spreading fear. She said she can't even attempt to keep the little ones apart. "What's the point of them being there if they cannot play with each other?" she said. She's simply told to take the class outside as much as possible, where the risk of Covid-19 transmission is lower.

"I always wonder how many people will die because of me," she said.

Other parents in the Facebook group say their kids' schools follow uncomfortably light physical distancing and hygiene practices, like simply keeping a chair between (mask-less) students while eating but not in the classroom. School nurses have told multiple parents in the group taking further precautions is unnecessary because "all of us are going to get Covid19."

But Rodrigues and other experts believe that attitude is insufficient to safeguard people from the coronavirus.

"Each infected child infects two to three other children a week, who then infect their parents and grandparents," Jorn Klein, an associate Professor in Microbiology and Infection Prevention, at the University of South Eastern Norway, told Reuters. "From a pure infection prevention perspective, it does not make sense to keep the schools and kindergartens open."

In France, 70 new cases of the coronavirus were recently reported after the country opened some preschools and elementary schools, even with social distancing in place.

Elementary and middle schools were never shut down in Sweden, and homeschooling was never an option in the country.

But at first, families were more or less left alone if they chose to keep their kids home, anecdotes from the #SaveSweden movement's Facebook page indicate. The government also granted people 21 days home from work or school if they had symptoms without a doctor's note, which parents took advantage of, Rodrigues said.

More recently, though, enforcement of school attendance seems to have ratcheted up.

One single mom in Sweden on the movement's Facebook page said that she has kept her 8-year-old son home because she has asthma and smokes, and doesn't know who would care for him if she got sick or died.

But while the school allowed him to stay home until around Easter, she says the headmaster is now threatening to report them to social services if he doesn't show up.

Another mom in the movement wrote that she quit her job in February to stay home and protect her family. While her kids' school played along at first, school administrators recently called a meeting and told them their refusal to send the children to school was illegal. On May 15, she says that social services called.

"Money comes before health here and they play with our kid's and with older people's lives," she wrote. "My parents ran away from a dictatorship and many years later Sweden has become one too, what they are doing is genocide."

Many others have similar stories.

"I have talked to people who have mentioned suicide because they had to quit because they refuse to work under these conditions in schools," Rodrigues said. "They say, 'It's no point living like this, and I feel stuck here.'"

In a different country, 'this would be a humanitarian crisis'

When Rodrigues talks to friends in other countries, they often comment on how lockdown-free life in Sweden looks pretty good.

Sweden's Covid-19 death rate is 12.3%, about triple that of Sweden's Nordic neighbors, Finland and Norway. The Swedish case-fatality rate also surpasses some of the hardest-hit countries: Spain (11.5%), and the US (5.9%), Business Insider's Hilary Brueck reported.

And yet, Rodrigues and other people in the movement appear to be in the minority. Most Swedes go along with the cultural expectation to follow government guidelines; questioning it by, say, keeping your kid home from school or wearing a mask suggests you are special and know better than the authorities, according to Rodrigues.

"Had this been in a third-world country, then this would be humanitarian crisis," said Rodrigues, who is from Portugal and has lived in Sweden for three years. "But since it's Sweden, it's like, 'Let's see what they come up with!'"

While she doesn't expect her advocacy to change much, if anything, at this point, she does want her group's message to be heard. "We are really screaming as much as we can," she said. "Even when we get heard, it doesn't make a difference."