A genetically engineered pig kidney is cleaned and prepared for transplantation to a human.
Joe Carrotta for NYU Langone Health

Surgeons at NYU Langone are the first to successfully attach a working pig kidney to a human body, in a groundbreaking procedure that could someday save lives for patients in need of organ transplants.

Dr. Robert Montgomery, the director of the NYU Langone Transplant Institute and a surgical team conducted the surgery September 25 with genetically engineered pig kidney. The organ was attached to the blood vessels in the leg of a deceased patient whose body was maintained on a ventilator.

The success of the experimental procedure is significant because it could pave the way for pigs to help fill the current gap in healthy organs available for patients in need of life-saving transplant.

Currently, nearly half of all patients waiting for a transplant become too sick or die before a donor organ is available, according to data.

"The need for transplant will always greatly exceed the supply of human organs," Montgomery said in an October 21 press conference. "If we imagine human organs as the fossil fuel of the organ supply, pig organs are the wind and solar, sustainable and unlimited." 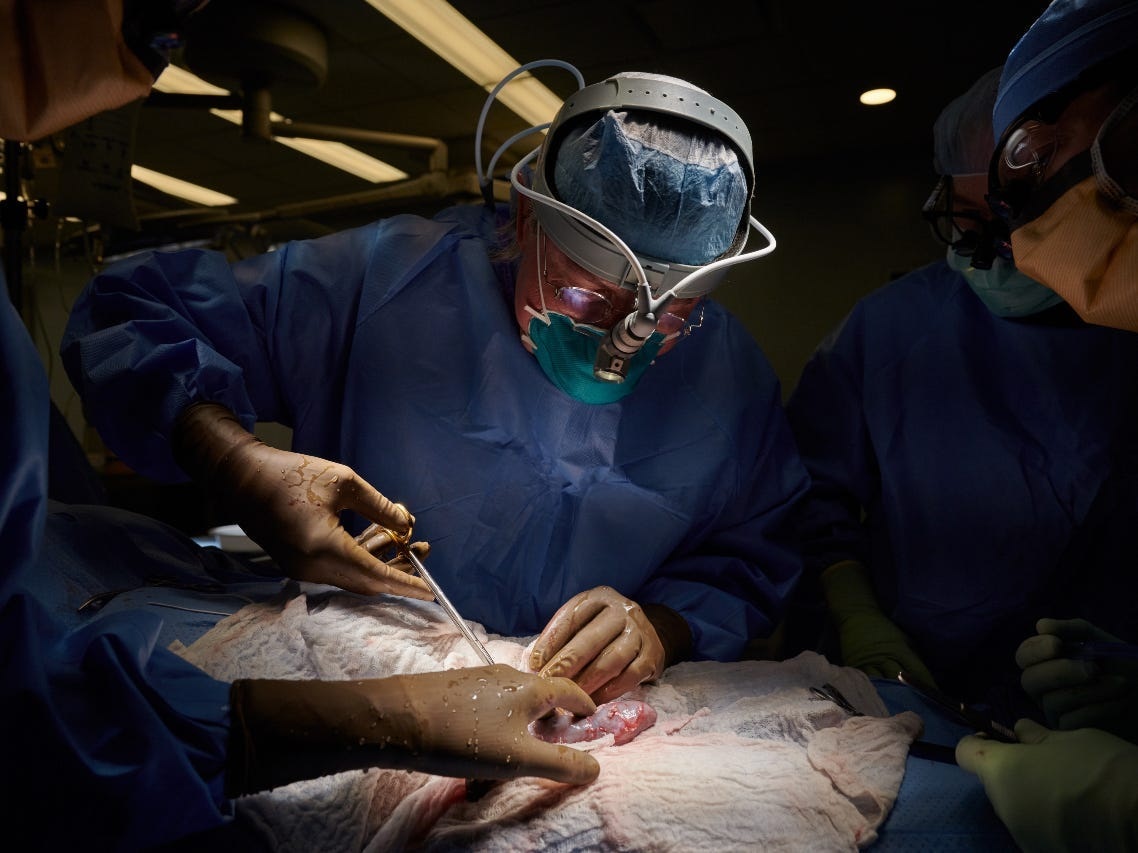 After surgeons attached the kidney, they continued to monitor it for 54 hours, during which it functioned normally and showed no signs of being rejected by the body, even on a microscopic level.

The pig that provided the kidney had undergone gene editing to remove a specific molecule known as Alpha-gal, a type of sugar that can trigger a swift immune response in humans.

Montgomery said that while the surgical procedure wasn't designed to test whether the kidney would function and stave off rejection long-term, the results are promising. The pig kidney appears healthy and functioning after being attached to the blood vessels outside the leg of a brain-dead human patient.
Joe Carrotta for NYU Langone Health

Full pig-to-human kidney transplants may be possible in the next year or two, doctor says

To test the viability of pig kidneys for human transplants, researchers will need to replicate the results of this procedure as well as test how the transplanted organs fare over longer time periods.

However, the breakthrough surgery is a significant step forward.

Clinical trials to transplant gene edited pig kidneys into human patients may be possible within one to two years, Montgomery said.

Pigs may also be able to supply other organs needed for transplant such as hearts, lungs, and livers, within the next decade, he said.