For the right price, it seems you can rent just about anything - even a Russian billionaire's 77 metre superyacht.

La Datcha, which was commissioned by banker Oleg Tinkov, was launched in July by shipbuilder Damen and is set to embark on its maiden voyage later this year. Equipped to travel to the most remote destinations like the Arctic and Antarctic, the vessel will be available for charter for roughly R15 million per week.

That staggering price not only gets you access to the yacht itself, but it also includes a whole host of toys like helicopters, snowmobiles, and a submarine. Plus, the superyacht comes with an assortment of resort-like amenities and a 25-person crew to run the show.

Take a closer look at La Datcha below. The massive yacht was launched in July by Damen, a shipbuilder in the Netherlands, and will soon be available for charter. The yacht is one of the properties offered up through the entrepreneur's Tinkoff Collection business. He also rents out luxury homes in Mexico, France, Russia, and Italy.

Tinkov is an extreme-sports enthusiast, according to Fraser Yachts, which managed the build. Thus, La Datcha is equipped to explore the most remote parts of the globe. It meets the International Maritime Organisation's Polar Code and can break through ice that's 16 inches thick, according to Robb Report. That means it's prepared to explore both Arctic and Antarctic waters. La Datcha's website says most yachts only venture to the Mediterranean or Caribbean, which make up 5% of the world's coastlines. This yacht is for the other 95%. There's also a pair of snowmobiles and a three-passenger submarine. 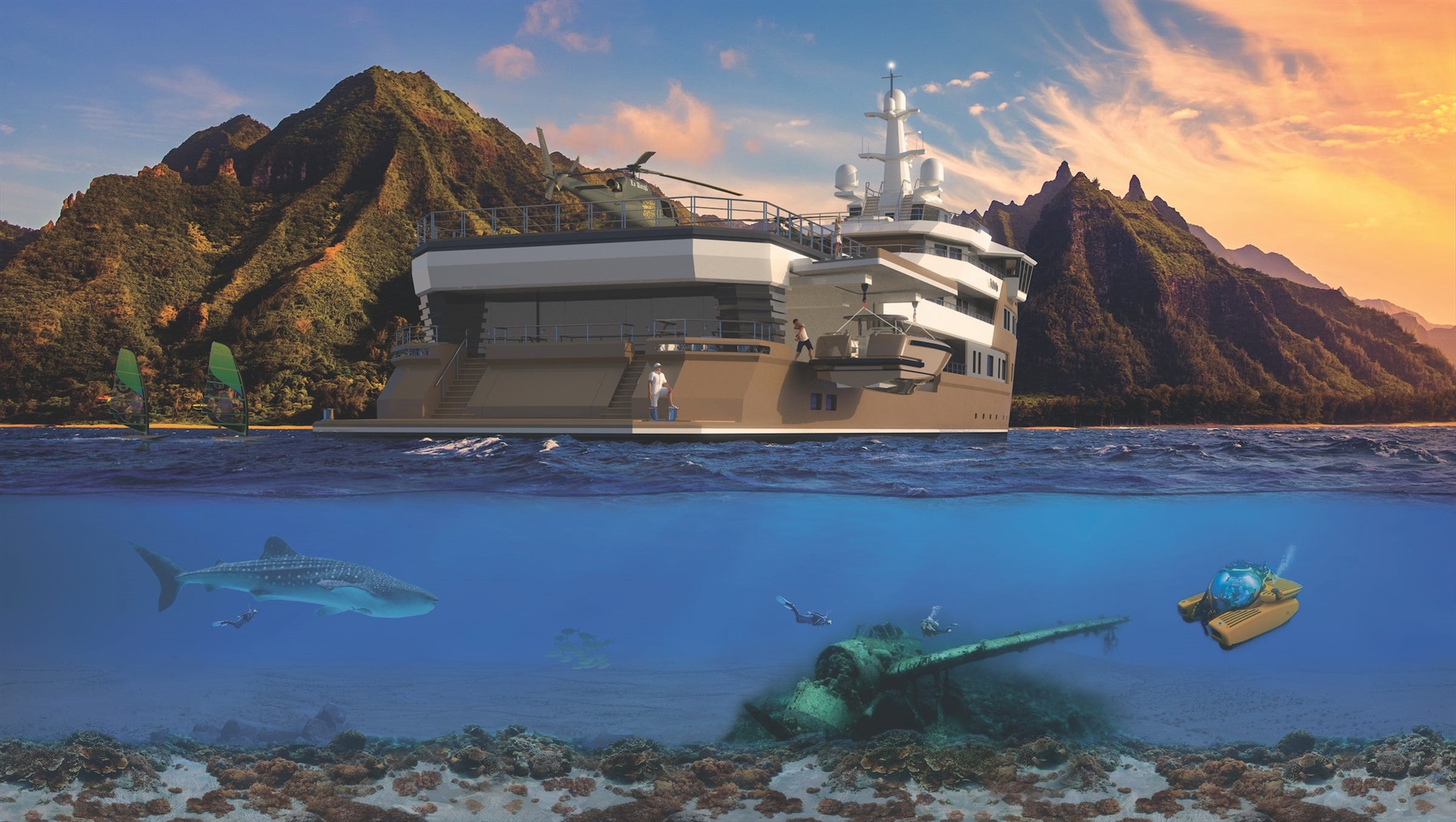 Plus, La Datcha has a post-dive decompression chamber. The yacht can stay out at sea for 40 days straight and has 25 crew members to keep things running smoothly. 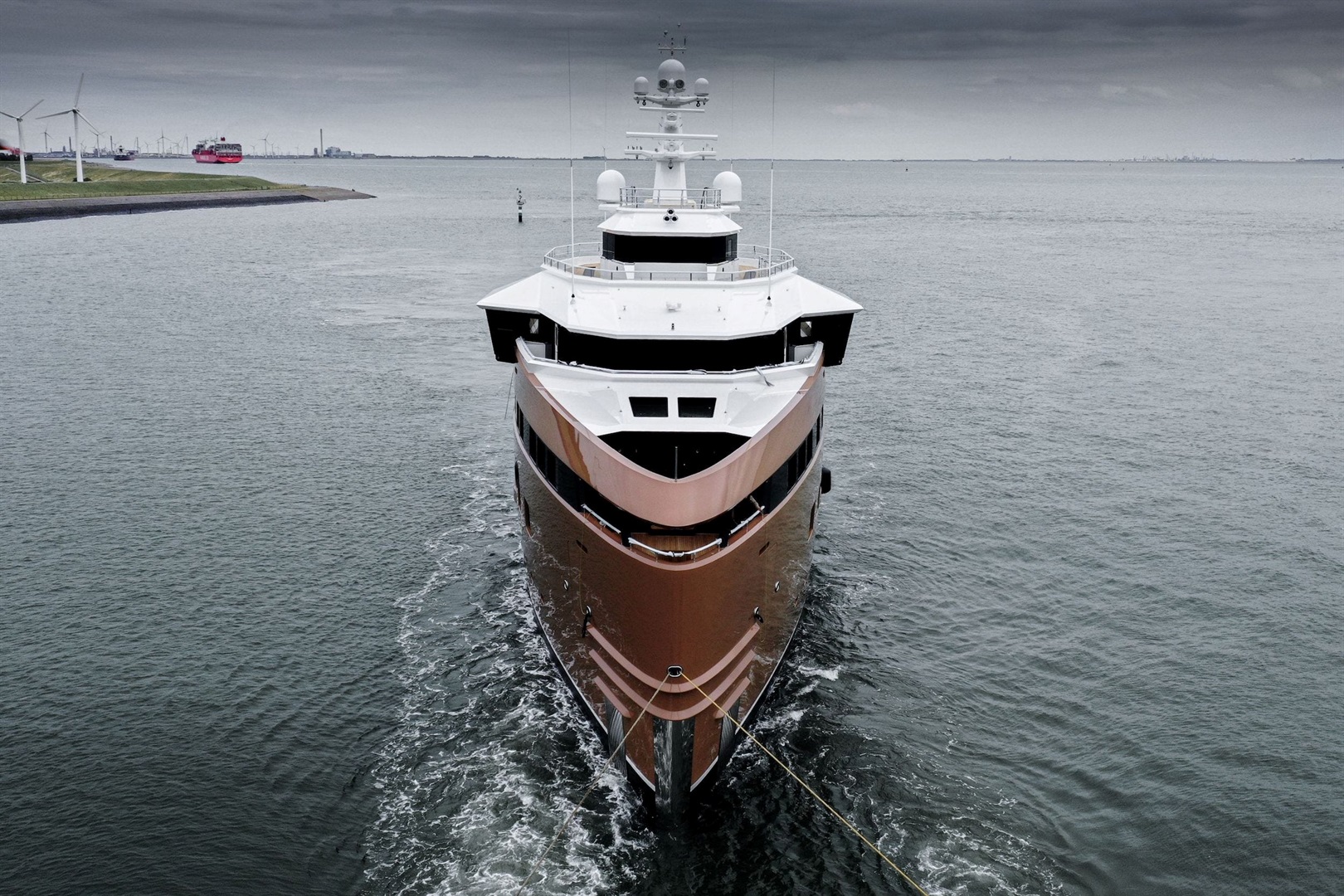 Built both for adventure and for pleasure, La Datcha doesn't skimp on luxury touches — and it had better not, for a price of almost R15 million per week. The ship can accommodate 12 guests in six suites ... 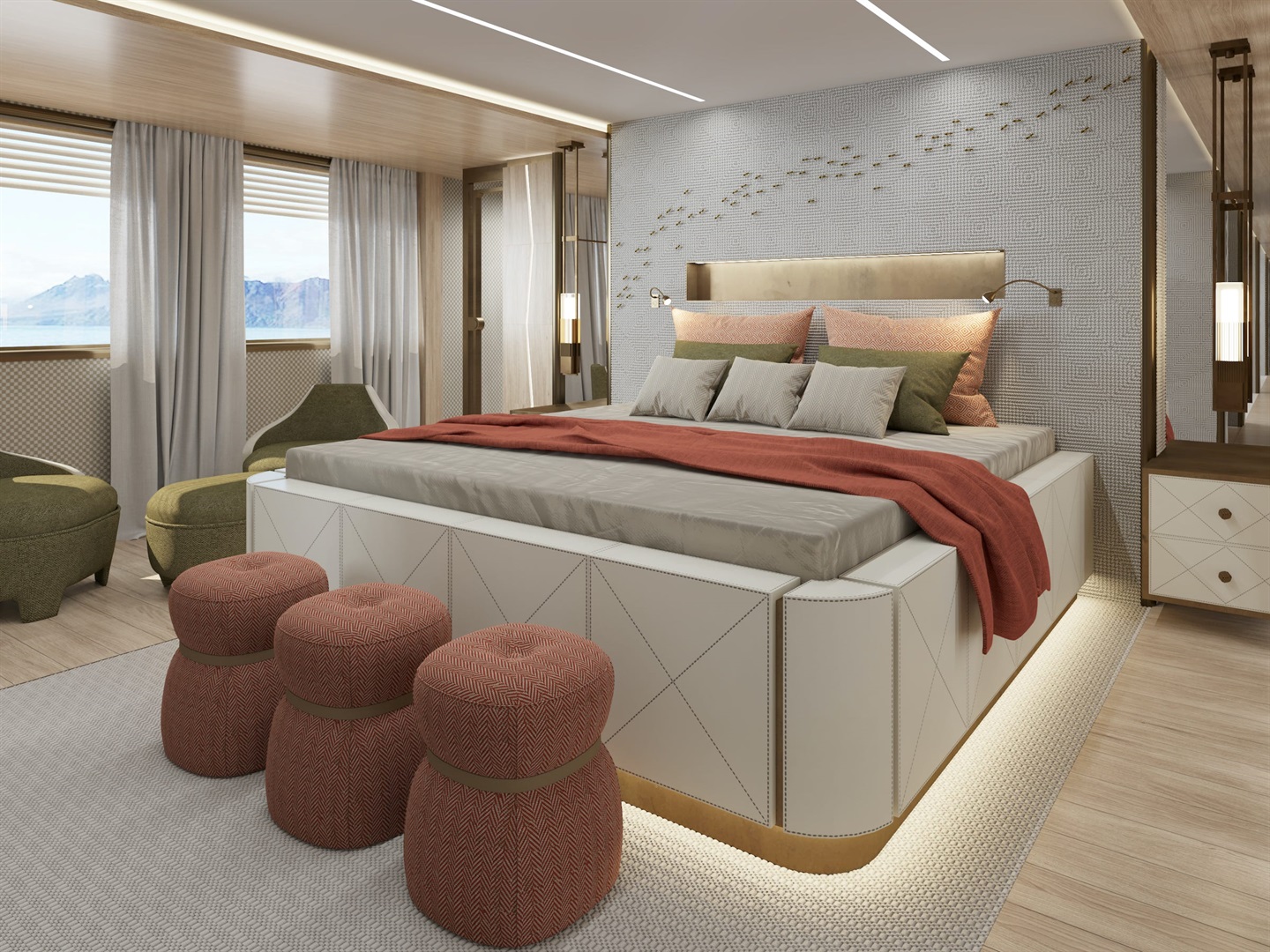 ... each of which has its own bathroom and walk-in closet. Guests can take advantage of amenities including two hot tubs ... A glass elevator takes guests between the ship's decks. Later this year, La Datcha will set off on a three-year tour that will hit Russia, Central America, the Mediterranean, Antarctica, and Oceania, among other destinations.