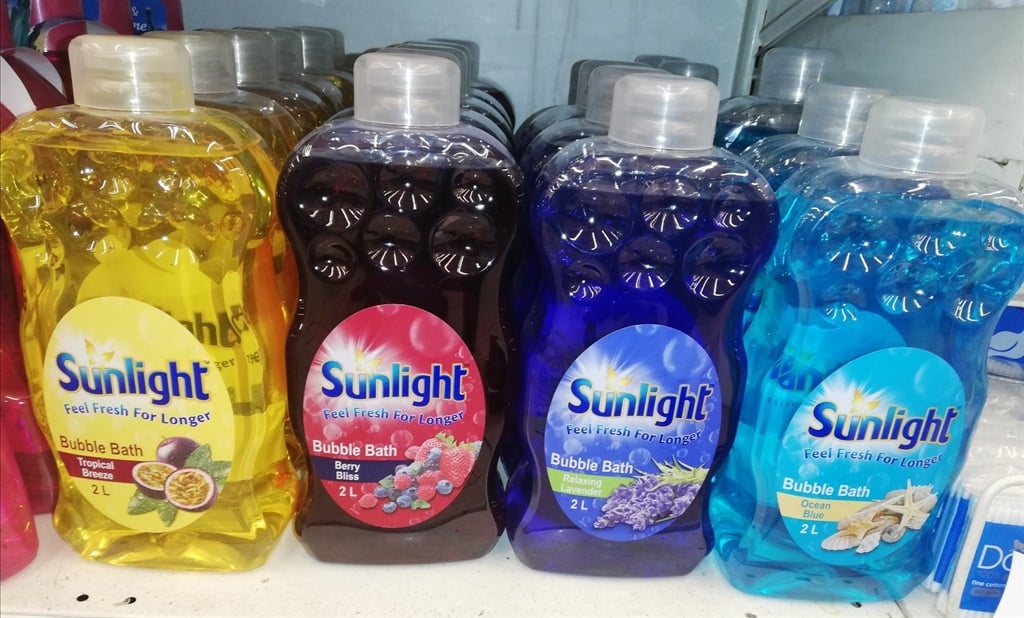 For more than sixty years, Sunlight has dominated dish washing in South Africa. It currently has a market share of almost 80%.

Key to its success is the cleaning power it packs in every drop: Sunlight is famous for being economical. A small amount of liquid delivers a satisfying amount of soapy foam.

Over the years, it has branched out to automatic and hand washing powders, fabric softeners as well as soap. But when the brand - most associated with “the combined cleaning power of 100 lemons” that “easily removes tough grease, leaving your dishes shining bright and residue free” - recently launched of Sunlight bubble bath, eyebrows were raised.

Guys, why is everyone diversifying their portfolios? Standard Bank has SIM cards, Sunlight has bubble bath. The natural order is collapsing bethuna.

I can’t wait until they release The Mr Min deoderant. Then the whole world has to burn for sure

One commentator asked whether you now wash your dishes and your kids in the same water.

We decided to give it a try.

We opted to try the Ocean Blue.

Here’s what we found:

As a start, there was nothing 'ocean or marine smelling' about it. It was very much sweet smelling, the kind of bath smell you'd associated with children's products. Three capfulls (round 150mls) packed quite a punch. There were bubbles everywhere – with one very satisfied beta tester describing his bath as a “tower of bubbles”. Our beta tester was very impressed with the “tower of bubbles”. Photo Estrelita Moses.

Without any topping up, the bubbles lasted through two baths – at least half an hour apart. Two hours later and after 2 baths, there were still plenty of bubbles to spare. Photos Estrelita Moses.

If you - or especially your children - are into bubbles, this packs a mean punch. A little went a really long way. While the smell of it was initially a bit foreign and too sweet, we grew used to it.

However, unlike the dishwasher, it won't leave you residue free. Once we got out of the bath, it was quite a struggle to get the bubbles off. Almost like when you don't rinse dishes properly and they become streaky.