The sun is a violent place, filled with boiling plasma and unpredictable eruptions. Now, the highest-resolution photos and videos ever taken of its surface show that action in unprecedented detail.

The National Science Foundation (NSF) released the data and images from the first observations from its Inouye Solar Telescope in Hawai'i on Wednesday. The photos and videos reveal a pattern of roiling plasma that blankets the sun's surface. Each cell-like structure is about half the size of South Africa.

When the telescope's construction ends on June 30, it will help carve out a new era in solar science, with help from NASA's Parker Solar Probe, which is circling the sun, and the upcoming Solar Orbiter, which launches next week.

The trio of telescopes could help scientists forecast dangerous eruptions on the sun. They will also produce more photos and videos like those below. Here are the stunning new images, and what to expect next.

The Inouye Solar Telescope's first photos reveal a pattern of roiling plasma that blankets the sun's surface. Each cell-like structure is about half the size of South Africa. "With the first try, we were able to obtain the highest-resolution images and movies of the solar surface ever taken," Thomas Rimmele, the telescope's director, said in a press briefing. "The first light was a very tense but also exciting moment. The atmosphere in the telescope control room was similar to a rocket launch. As first images appeared on the screen, they exceeded my expectations," Rimmele added.

The 4-meter telescope sits atop the summit of Haleakala on Maui, Hawai'i.

The Inouye photos and videos are five times higher in resolution than those from previous solar telescopes.

"Up to now, we have seen probably just the tip of the iceberg. We have not been able to see the smallest magnetic features that are predicted to exist all over the surface of the sun," Rimmele said.

Scientists think the violent motions in the sun's plasma help transport heat from inside to the outer layers of the sun's atmosphere, called the corona.

Hot plasma rises from within the sun in the bright centers of these cells. Then it sinks into the dark alleys in between.

Studying the sun's surface in more detail could help scientists unravel a major mystery: why the sun's corona is up to 500 times hotter than its surface. Astronomers have been struggling to understand this phenomenon since the 1940s.

The telescope could also help scientists unravel the mysteries of space weather and even predict solar events that could be dangerous to humans.

The entire solar system sits within the outer reaches of the sun's atmosphere. That means that magnetic, electrically charged particles from the sun are constantly washing over the planets in a steady stream of what's known as solar wind.

The sun's magnetic wind creates aurorae as it interacts with Earth's atmosphere. But the surge of electrically charged particles can damage crucial technology. Events on the sun send out floods of the ions and electrons that make up solar wind. These charged particles travel almost at the speed of light.

Solar storms and eruptions can send billions of tons of coronal material hurtling towards Earth, where it can wipe out power grids and damage pipelines. The electric currents from solar storms can travel down Earth's pipelines and power lines, overpowering technologies that humans rely on. One solar storm in 1989 knocked out Quebec's power for about nine hours. This can be especially dangerous for astronauts traveling far from Earth.

These storms hit Earth often, but are rarely strong enough to cause mass damage. The challenge, however, is that dangerous storms are nearly impossible to foresee. The charged particles can reach Earth in under half an hour.

In the aftermath of Hurricane Irma in 2017, two such solar storms cut off emergency radio communications for a total of 11 hours. "This is a clear example, and there are many others, that have made enhancing the country's resilience to space weather events a national priority," Valentin Pillet, director of NSF's National Solar Observatory, said in the briefing.

"On Earth, we can predict if it is going to rain pretty much anywhere in the world very accurately, and space weather just isn't there yet," Matt Mountain, president of the Association of Universities for Research in Astronomy, said in a press release.

"Our predictions lag behind terrestrial weather by 50 years, if not more. What we need is to grasp the underlying physics behind space weather, and this starts at the sun," Mountain added.

By working with two spacecraft as they circle the sun, researchers think this telescope could help forecast space weather events up to 48 hours in advance. That would allow more time to prepare power grids, satellites, and other technological infrastructure. Right now, the standard warning only comes about 48 minutes before dangerous solar events strike Earth.

The European Space Agency is set to launch the Solar Orbiter on February 7. The probe will study solar eruptions and take the first images of the sun's poles. 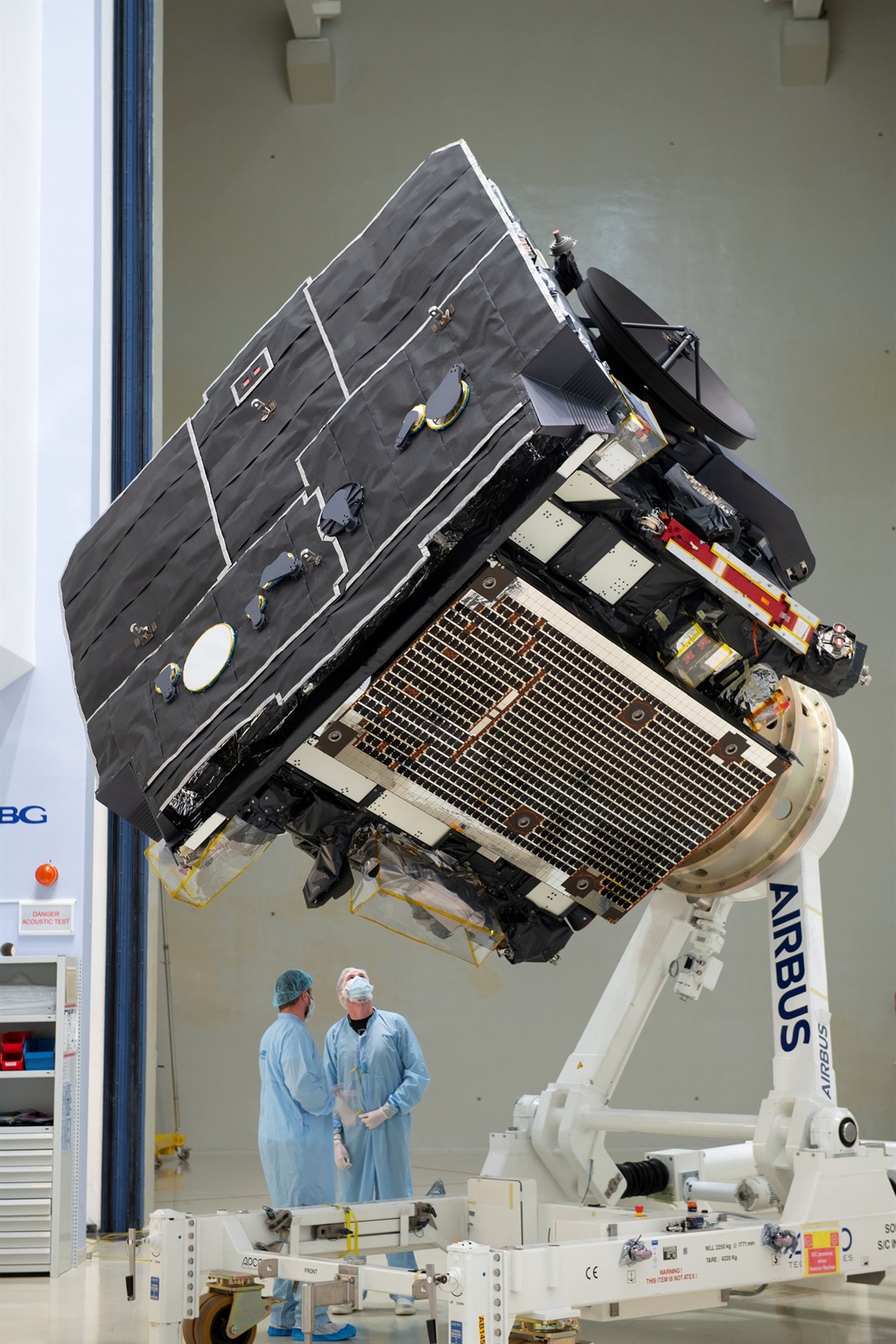 It will also take unprecedented measurements of the sun's magnetic field and solar wind.

Construction on the Inouye Solar Telescope is scheduled to end June 30, just a few weeks after Solar Orbiter begins its first observations.

The Parker Solar Probe, which has been circling the sun since November 2018, has already offered new insights into the sun's workings. The probe has rocketed around the sun three times, getting closer than any spacecraft before it and traveling faster than any other human-made object in history.

For the first time, the probe found evidence of a zone with no cosmic dust, as well as a source of solar wind. It also discovered previously unseen bursts of rapid solar wind that bend the sun's magnetic field backward and could help explain why the corona is so hot.

The spacecraft is set to zip around the sun 21 more times in the next six years.

Together, these new observatories are launching a "new era" for studying the sun, Pillet said. "It really is a great time to be a solar astronomer," Pillet added. "We're going to produce a transformational change in our understanding of how we as a civilization are magnetically connected to and impacted by the sun."

Related Links
New, detailed pictures of planets, moons, and comets are neither photos nor animations — they're...
This adorable possum is very sorry for wrecking an Australian professor's office
A rare chemical that helped DNA form may have come to Earth on comets from newborn stars,...
Next on Business Insider
Polio virus found in NYC wastewater, suggesting disease is spreading in the city, health officials