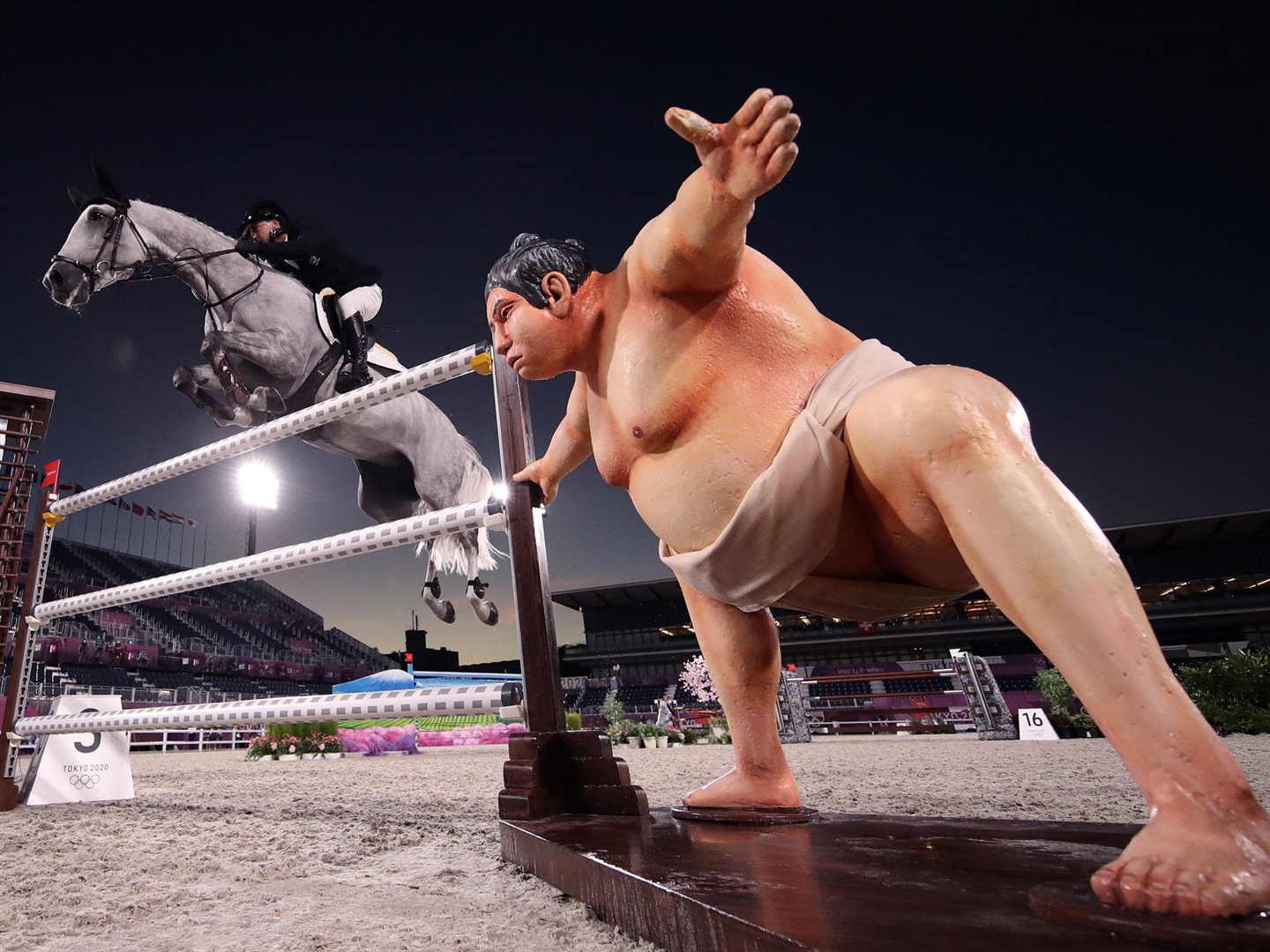 The horses competing at the Olympics have to deal with a lot.

Already straining themselves at the highest level of competition, these horses had to get to Tokyo on planes and trucks, settle in to their new surroundings, and prepare to battle for gold.

And after all that, they were met with a startling statue of a sumo wrestler.

The statue - a feature of obstacle No. 10 of the Olympic jumping course - was cited by several riders as a potential source of nerves for the horses competing.

"As you come around, you see a big guy's (butt)," British rider Harry Charles said, according to the Associated Press.

"I did notice four or five horses really taking a spook to that," Charles said. According to the Associated Press, the sumo wrestler's location could be especially startling for some horses.

As they go along the course, horses turn sharply and are met with the backside of the sumo wrestler.

Israel's Teddy Vlock took extra care to make sure his horse would not be startled by the statue, taking time in practice to trot past the jump to get familiar with the scene.

"It is very realistic," Vlock said, according to the AP. "It does look like a person, and that's a little spooky. You know, horses don't want to see a guy, like, looking intense next to a jump, looking like he's ready to fight you."

Hopefully, as the horses continue to compete, they'll become more comfortable with the course.

If they are still feeling stressed, maybe they can find some of their horse buddies competing in dressage and dance their troubles away.