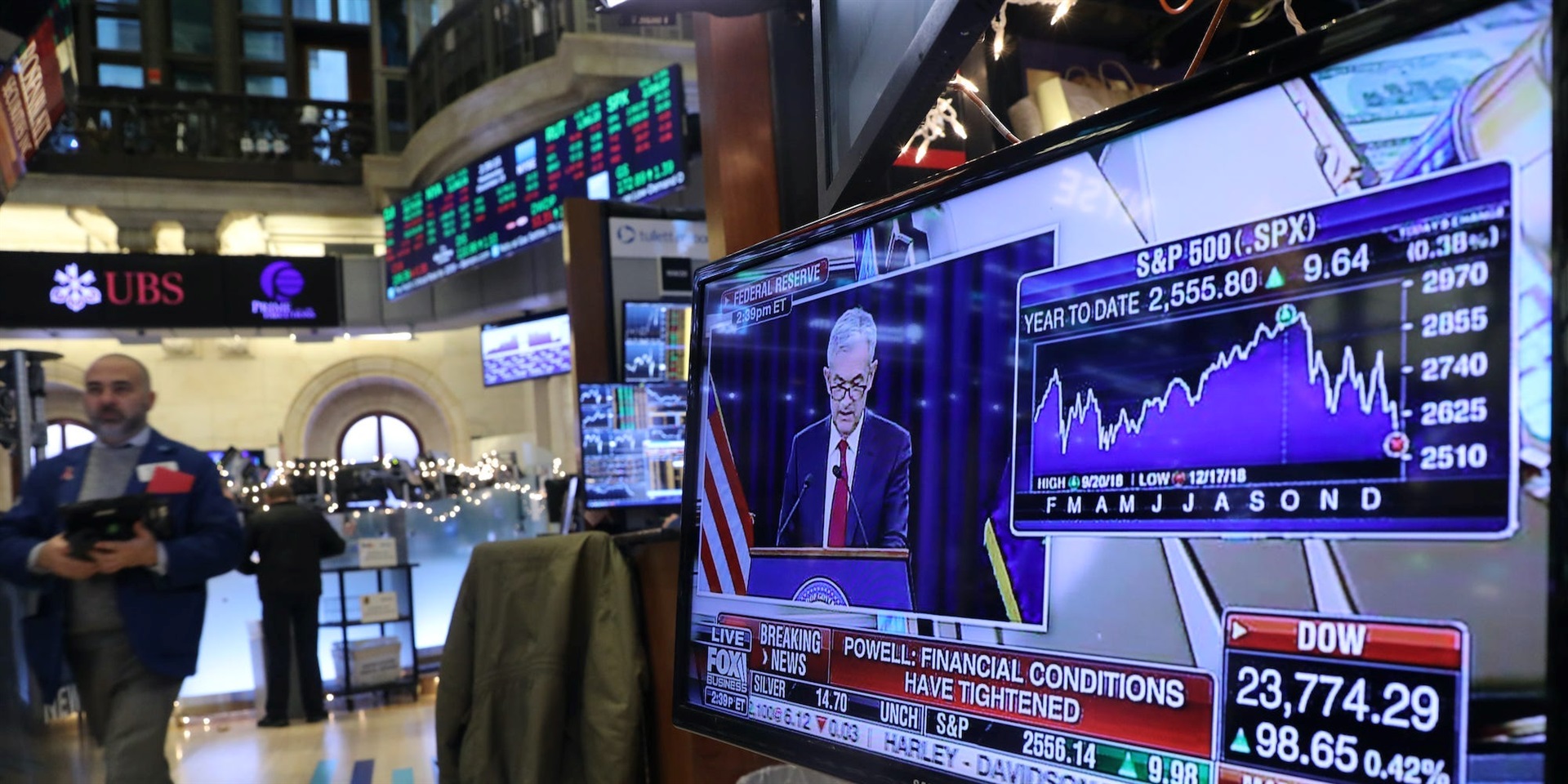 When stocks rally as rapidly as they have through the second and third quarters, Treasury yields usually jump. Investors shift more cash into stocks and risk assets and pull capital from safe havens like government debt, in turn boosting yields. Yet Treasurys sit at historic lows while economic data improves and stocks touch new records.

The shift arrived in June, when Fed Chair Jerome Powell said at the month's Federal Open Market Committee meeting that the central bank was "not even thinking about thinking about raising rates." The statement is "perhaps the moment investor expectations really changed," Haefele said in a letter. Yields disconnected from stocks and trended downward. Apart from a mild gain in August, they've steadily declined through the summer. The market phenomenon is here to stay for at least a few years. Fed officials said in a previous meeting they anticipate rates remaining near zero through 2022. Hawkish policies are "still a very long way off," Haefele said. In turn, market participants should prepare for, and take advantage of, the new zeitgeist.

"Investors now face a stark choice," the investment chief said. They can either hold on to precedent and view the bond market's pricing as a harbinger for a stock market correction, or believe markets are now "more heavily influenced by Fed policy" and pile in accordingly.

"If you, like us, believe that the latter currently reflects reality better than the former, your focus needs to shift to what the Fed is saying, and the way you think about asset prices needs to shift with it," Haefele said.

The firm holds a base case S&P 500 target of 3,500, implying a roughly 3% gain from Friday's levels through June 2021. Such a jump would already place the benchmark index at record highs, but Haefele's more bullish scenario sees the potential for additional gains should certain criteria be met.

First, the index's equity risk premium — how much more investors make in stocks over a risk-free investment — needs to shrink to the pre-pandemic five-year average of 3.8%, the chief investment officer said. Assuming the 10-year Treasury yield only gains to 0.85%, the S&P 500 can continue to trade at a forward price-earnings ratio of 22x. That premium would push the index to 3,700 by June, or about 9% higher, according to Haefele.

So far, it seems as though UBS's more optimistic forecast will come to fruition. Economic data released through the end of summer show consumer spending and sentiments slowing their pace of recovery amid a resurgence of virus cases. Congress has made little progress on a second stimulus bill, and numerous economists fear a lack of fresh aid will prolong the already steep recession.

Even the Fed expects its near-zero rates and other easing measures to stick around. Officials "agreed that the ongoing public health crisis would weigh heavily on economic activity, employment, and inflation in the near term and was posing considerable risks to the economic outlook over the medium term," according to minutes released Wednesday.

The central bank also held back from setting any timeline for when it will relax its monetary aid efforts. For the time being, it seems as though the policymakers won't be "even thinking about thinking about raising rates" for months to come.