Most US taxpayers will be getting R20,000 cheques after stimulus package clears House 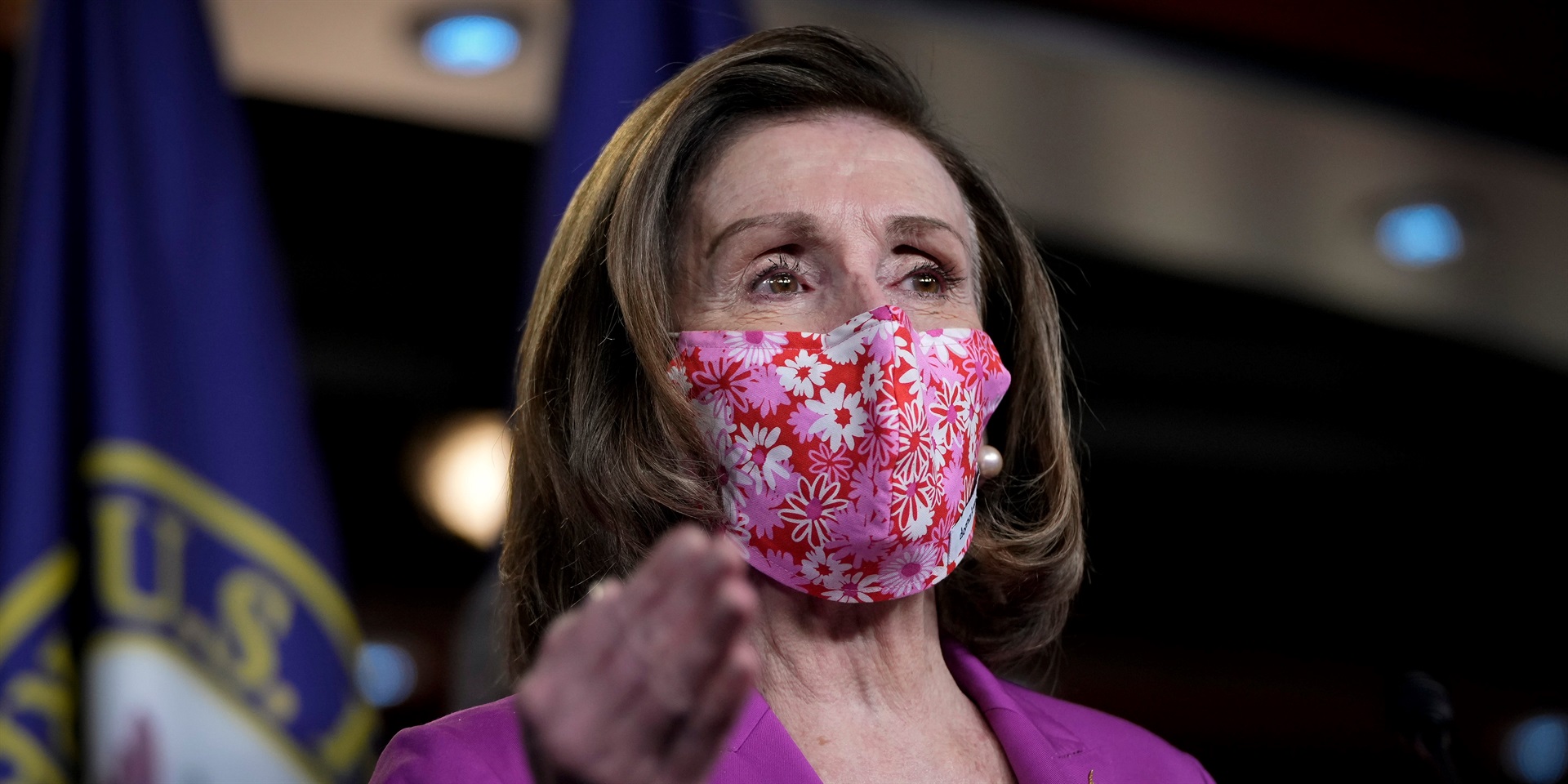 Speaker of the US House Nancy Pelosi speaks during a news conference about the $1.9 trillion coronavirus relief package on Capitol Hill

The US House of Representatives passed a $1.9 trillion stimulus package on Wednesday, paving the way for US President Joe Biden to sign the relief bill into law on Friday. It sets up a colossal federal effort to pull the economy out of its worst crisis in generations.

One short-term effect will be cheques equivalent to some R20,000 for most American taxpayers.

The plan's passage in the US lower chamber puts Biden within reach of securing his first major legislative victory since assuming office nearly two months ago. The rescue package largely kept its size intact while going through both chambers of Congress.

The Senate approved it on a party-line vote after a marathon stretch of voting on Saturday. It's shaping up to be among the largest government rescue measures in American history, one which experts at Columbia University project has the potential to cut child poverty by half.

It would provide $1,400 (around R21,100 at the current exchange rate) stimulus payments for most taxpayers; $300 (R4,500) weekly federal jobless aid through early September; fund vaccine distribution and testing; expand the child tax credit; and set up a pot of money for state and local governments.

Early analysis of the rescue plan indicates the vast majority of its benefits are squarely directed at middle and low-income households, and Democrats are increasingly casting it as a historic antipoverty measure.

US Speaker Nancy Pelosi called the legislation in a floor speech before the vote as consequential as the Affordable Care Act which US President Barack Obama signed in 2010, and one of the "most transformative pieces of legislation" with which she's ever been involved. US President Joe Biden speaks as he meets with Senators from both parties in the Oval Office on February 11, 2021 in Washington, DC.

Then federal unemployment benefits were scaled back from $400 per week to $300 to placate Democratic moderates.

Democrats argue the changes didn't affect the core parts of the bill. "It's never what you exactly wanted it to be, but in my wildest dreams I wouldn't think we'd be on the verge of passing something so consequential that's going to improve the lives of so many people," Rep. John Yarmuth, chair of the House Budget Committee, told Insider.

The Senate modifications didn't cause a revolt among progressives in the House. Rep. Ilhan Omar of Minnesota told Insider she believed the bill still reflected many liberal priorities. "We're going to pass it because we represent constituents that will desperately benefit from the tremendous amount of relief in the package," she said.

Omar also said in the interview she and other progressive lawmakers would be meeting with the White House soon to strategize on a legislative push for the $15 minimum wage.

The stimulus package's path through the House and Senate starkly illustrates the chasm dividing Republicans and Democrats. Though Biden campaigned on restoring bipartisanship, Democrats did not succeed in garnering a single Republican vote in either chamber. Democrats applied a tactic called budget reconciliation to approve the bill with a simple majority of 51 votes in the Senate, guarding it from a filibuster.

Instead, White House officials argue the package is bipartisan because it enjoys strong support in various polls and public surveys. Biden, for his part, has stressed the urgency of passing the stimulus bill before unemployment benefits for millions of Americans expire on March 14.

"This nation has suffered too much for much too long," the president said on Saturday. "And everything in this package is designed to relieve the suffering and to meet the most urgent needs of the nation and put us in a better position to prevail."

Related Links
UK government unveils £4.6 billion in new lockdown stimulus for businesses hard-hit by Covid-19
South African banks are now allowed to pay dividends – and exec bonuses – again
Mastercard will allow merchants to accept select cryptocurrencies later this year
Next on Business Insider
The next recession will be mini compared to the last 2 — and feel completely different