Steven Spielberg is one of the wealthiest filmmakers in the world. Take a look at what the billionaire's life is really like Billionaire filmmaker Steven Spielberg is one of Hollywood's most well-known and celebrated figures.

Over his more than 50-year film career, Spielberg has directed and produced more than 100 feature films that have made more than $25 billion (R354 billion) at the box office. He's the cofounder and principal partner of movie production company DreamWorks Studios.

The Hollywood billionaire has been married for 27 years, has seven children, and has owned real estate in California, New York City, and the Hamptons.

Here's a look at what Spielberg's life is really like.

American filmmaker Steven Spielberg is one of the most celebrated figures in Hollywood.

Spielberg has directed and produced more than 100 feature films that have made more than $25 billion (R354 billion) at the box office.

He's the principal partner of movie production studio DreamWorks Studios, which he cofounded in 1994 alongside Jeffrey Katzenberg and David Geffen.

Spielberg is also one of the richest people in Hollywood. Forbes estimates Spielberg's net worth to be $3.7 billion (R52 billion), while Bloomberg's Billionaires Index puts it at a much higher $6.08 billion (R86 billion).

Most of Spielberg's wealth has come from his films, but he's also a consultant for Universal theme parks, and he profited from the sale of DreamWorks Animation to NBCUniversal for $3.8 billion (R53 billion) in 2016, according to Forbes.

Spielberg was interested in film from an early age. Born in Cincinnati, Ohio, he made eight-millimeter films with his friends as a teenager.

He sometimes made horror films with his younger sisters.

Spielberg's first feature film was "Firelight," which was released in 1964. IMDb describes the storyline as "menacing flying saucers attack the citizens of a town." Spielberg attended college at the California State University, Long Beach after being rejected from the University of Southern California (USC) School of Cinema Arts twice.

He later dropped out of college after he was offered a job at Universal Studios, but he came back and finished his bachelor's degree in Film Production and Electronic Arts in 2002.

Spielberg became a prominent figure in Hollywood after the release of his 1975 movie "Jaws," which is considered the first "summer blockbuster." It made $60 million (R849 million) within the first month that it was in theaters. Spielberg went on to direct mega-hits including "E.T. The Extra-Terrestrial," about a gentle alien who becomes stranded on Earth, as well as "Jurassic Park" and "Schindler's List." 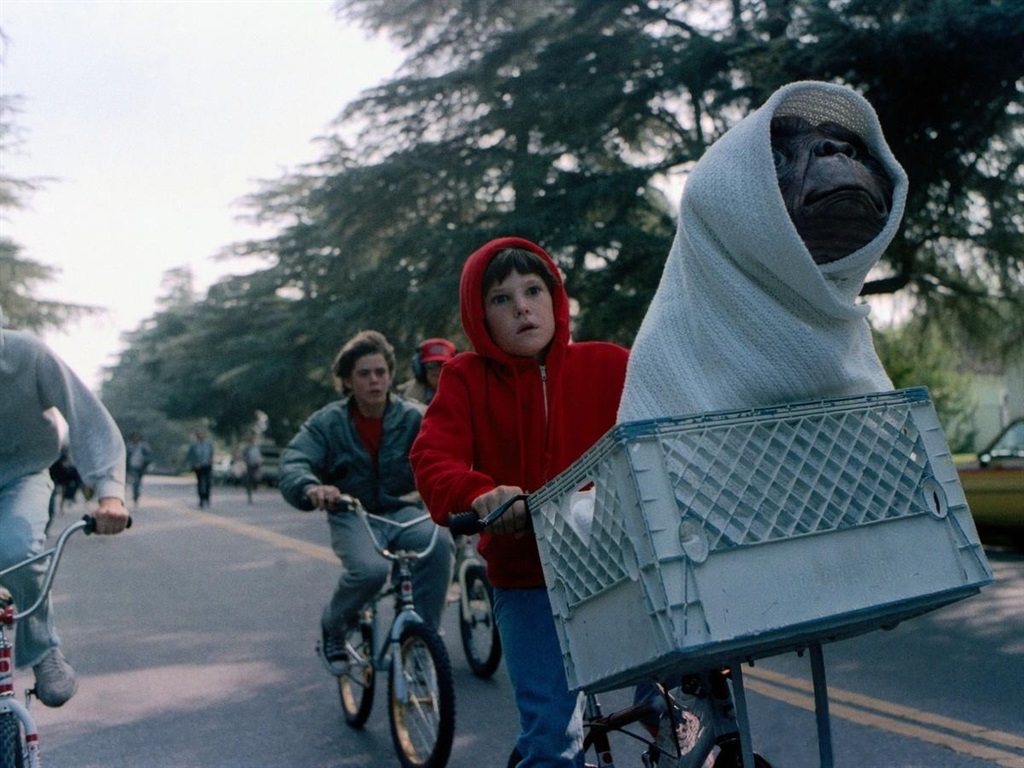 In 1981, Spielberg released "Indiana Jones: Raiders of the Lost Ark," starring Harrison Ford, which was the year's highest grossing film. 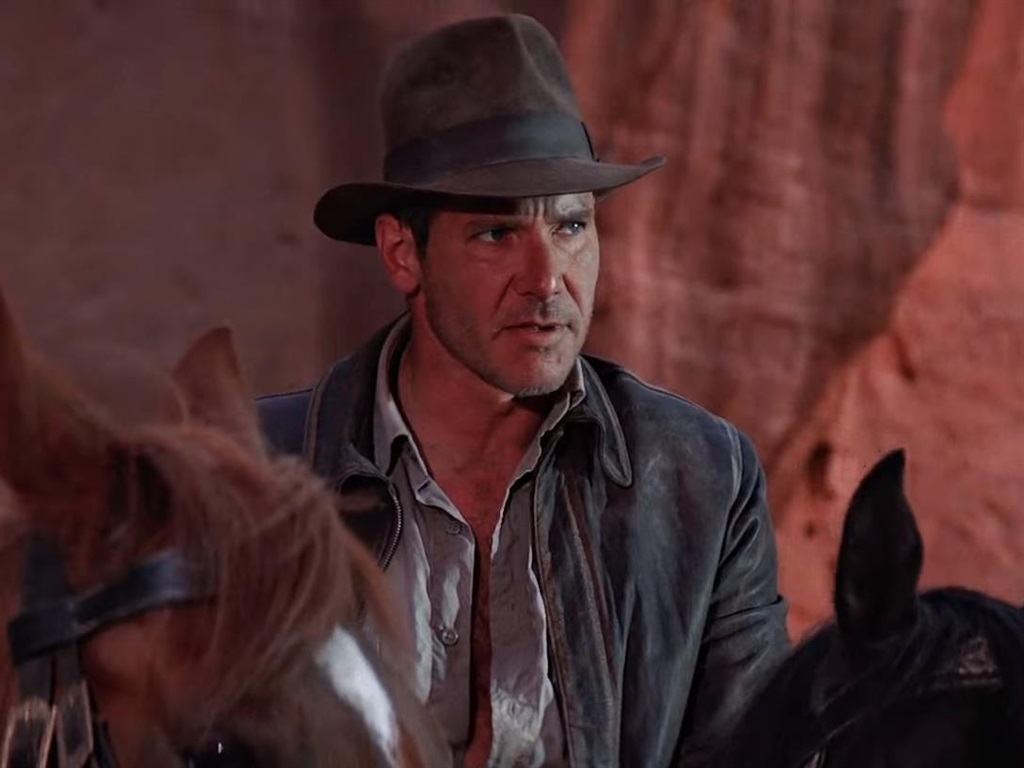 On the set of the sequel, the 1984 film "Indiana Jones and the Temple of Doom," Spielberg met and became close with actress Kate Capshaw. Spielberg and Capshaw married in 1991 and have been together for more than 27 years. Spielberg was previously married to actress Amy Irving. The couple shares a son, Max, who is also in the acting business.

Spielberg and Capshaw share six children, including two from a previous marriage and two who were adopted. Theo Spielberg, who was adopted, and Jessica Capshaw are Kate Capshaw's children from a previous marriage.

Several of the Spielberg children are involved in creative industries. Theo, who was adopted in Capshaw's previous marriage, and Sasha formed an indie folk rock band called Wardell in 2012 and have since toured with Ryan Adams and opened for Vampire Weekend, Grimes, and Haim. "I grew up around [the film industry], so I was like, 'I'm going to stay away,' but I ended up falling in love with it," she told Town and Country Magazine in a 2018 interview. Spielberg is the stepfather of actress Jessica Capshaw, his wife's daughter from a previous marriage. 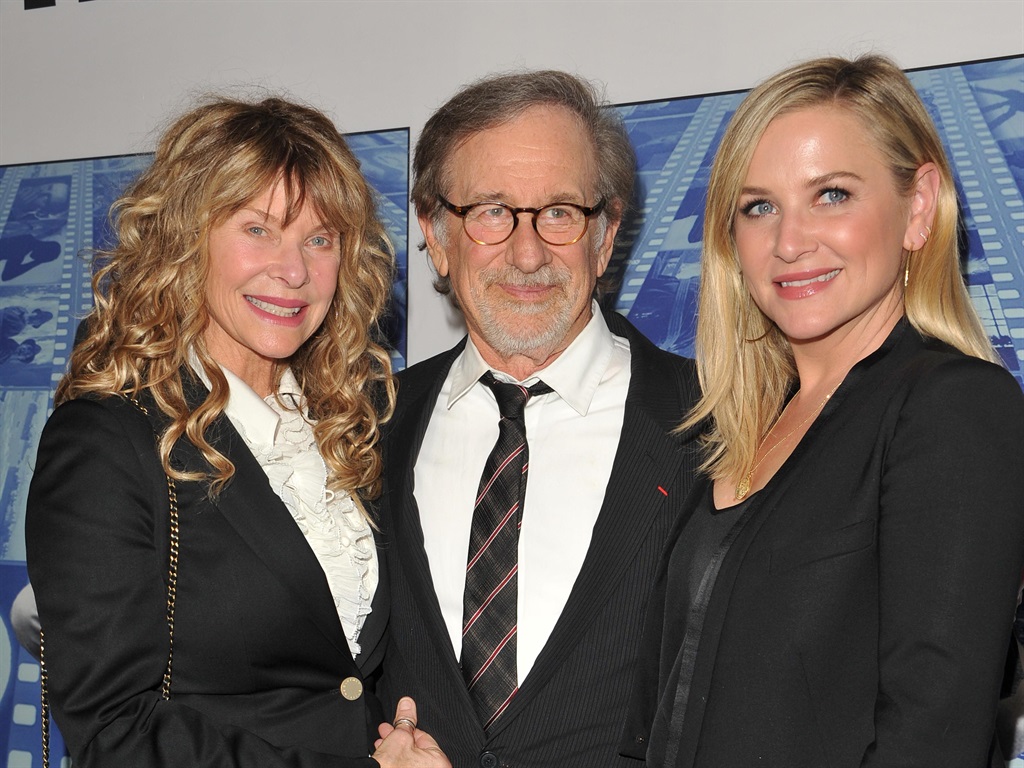 Jessica Capshaw is an actress known for her role as Arizona Robbins in the medical drama "Grey's Anatomy." Barrymore acted in Spielberg's "E.T. The Extra-Terrestrial" when she was just seven years old. Spielberg became her godparent when she was a teenager. Paltrow, who had a small role in Spielberg's 1991 movie "Hook," is also his goddaughter.

Spielberg and his wife live in Pacific Palisades, an upscale residential neighborhood with ocean views and hiking trails.

Their home is a tile-roofed stucco mansion they bought in the late 1990s. It sits on a three-acre hillside and counts "Gone with the Wind" producer David O. Selznick and actor Cary Grant among its former owners. Spielberg and his wife have accumulated a sizable real-estate portfolio across the country. In 1989, they bought a property in Malibu and later bought an adjacent property in 2000 for a total of $6.57 million (R92 million). They sold the spread for $26 million (R367 million) in 2015.

The Spielbergs own a vacation home in Georgica Pond, a coveted area of the Hamptons. Their Hamptons neighbors reportedly include Beyoncé and Jay-Z and billionaire Ronald Perelman. At one point, he owned a condo in the trendy Tribeca neighborhood in a star-studded building that has counted Taylor Swift, Orlando Bloom, and Peter Jackson among its celebrity residents. Spielberg has been known to cruise the world on his yacht, stopping in locations including Portofino, Italy, Shanghai, and Hawaii. The director bought a yacht called The Seven Seas for $184 million (R2.6 billion), but in 2015 he put the 282-foot vessel up for sale because it wasn't big enough, according to the Daily Mail. Spielberg has been seen driving around Los Angeles in a Tesla Model S ... ... and he's reportedly an avid video game player in his spare time.

Over the years, Spielberg's films have earned him more than 190 awards and more than 200 nominations.

He won his first Oscar for 1993's "Schindler's List," which won both Best Picture and Best Director.

He went on to win another Oscar for "Saving Private Ryan," as well as nominations for "War Horse," "Lincoln," and "The Post."

He was awarded a star on the Hollywood Walk of Fame in 2003.

And in 2015, Spielberg was awarded the Presidential Medal of Freedom by President Barack Obama.

Spielberg is Jewish and has spoken publicly about how he was bullied for his religion as a child, which is partially what led him to found the USC Shoah Foundation in 1994 to videotape and preserve interviews with Holocaust survivors and witnesses. The foundation has collected 115,000 hours of video testimony.