Every Steven Spielberg movie, ranked from worst to best For his latest, "Ready Player One," the Oscar winner returns to his popcorn blockbuster roots and proves that he's still the king of the genre.

Here we take on the difficult task of ranking from worst to best all 32 of Spielberg's feature-length movies. Paramount
Earning its rightful place at the bottom of this list is the fourth entry in Spielberg's "Indiana Jones" anthology. There are so many problems with this movie. If you really want to understand all of them, we suggest watching Red Letter Media's in-depth analysis of why it's so bad. Disney announced that Spielberg and star Harrison Ford will reunite for a fifth "Indy" movie. Hopefully, in the words of Max Von Sydow's character in "Star Wars: The Force Awakens," it "will begin to make things right." Spielberg rushed to deliver a sequel to his 1993 record-breaking box-office smash "Jurassic Park." In the process, he failed to produce a worthy successor to the groundbreaking original. He also created a scene in which a little girl uses gymnastics to fight a dinosaur that many refer to as the worst thing he's ever done. Stanley Kubrick originally intended to direct this project, but Spielberg took it over after Kubrick passed away in 1999. While it possesses many solid attributes, such as a superb John Williams score, the marriage of Spielberg's sensibilities with those of Kubrick result in an uneven mess that will hopefully improve with repeated viewings. Catch Me If You Can/Dreamworks

We're fully aware that a lot of people love this movie (including one of the co-authors of this list), so it definitely deserves a rewatch. Despite another great score by Williams and the star power of Leonardo DiCaprio and Tom Hanks, it just didn't connect. Despite the talky legal proceedings taking up most of the movie's final hour, that doesn't take away from the fact that the slave revolt that opens the movie is one of the most intense and powerful scenes Spielberg has ever created. You can't deny the visual beauty on display in "The Color Purple," thanks to excellent cinematography from Spielberg's early go-to DP Allen Daviau. The movie is just hard to watch, with so much ugliness and heartbreak set against the backdrop of Spielberg's saccharine, Disney-esque environment. This movie is much-maligned, even by Spielberg enthusiasts. Spielberg himself says that he only likes the movie up to the point where Peter leaves London for Neverland. Nevertheless, we think it holds up thanks to its amazing production design and memorable performances from the principal cast, especially Dustin Hoffman in the titular role.

Spielberg's latest kids effort is magical and imaginative but doesn't pack that special punch he's given us with these kind of movies in the past. The John Williams score is also just another great work from the Maestro.

Spielberg's first theatrical feature is a must-see harbinger of the scope and scale that would define the director's prolific career. Released a year before "Jaws," it features some incredible car chases and a strong performance by a young Goldie Hawn. Some might be baffled at this one not being much lower on the list. Many deem it one of the biggest "flops" of Spielberg's career, both artistically and financially. Spielberg even says "it wasn't funny enough." But the movie's infectious, cartoonish energy, along with some incredible special-effects sequences driven by miniatures, moves it into the plus column. This is one of the most underrated entries of Spielberg's "late" period. It's a moving story about a foreigner stripped of his basic freedoms in George W. Bush's post-9/11 America. Another post-9/11 meditation from Spielberg, this time delivered in a much more crowd-pleasing fashion. Our one gripe with this movie is the casting of Tom Cruise as a down-on-his-luck everyman. What if it had been Tom Hanks instead? Speaking of Tom Cruise, this sci-fi noir doesn't get enough credit for its cutting-edge visual effects that still hold up after over a decade in theaters. Spielberg's only fully animated feature didn't connect with American audiences, but it was a big hit overseas, where people are more familiar with the titular comic-strip hero. The chase sequence involving an elaborate single take stands out as one of Spielberg's greatest action set pieces. Amazingly, Spielberg found a way to make the minutiae of 19th-century backroom political dealings extremely entertaining. It also marks the first time that an actor won an Oscar for a performance in a Spielberg movie. This feat would be achieved only three years later when Mark Rylance picked up an Oscar for "Bridge of Spies." Often written off as overly schmaltzy and sentimental, this remake of the 1943 Spencer Tracy movie "A Guy Named Joe" deserves a lot more credit. Richard Dreyfuss delivers two exceptional monologues to Holly Hunter's character (who can't see or hear him because he's a ghost) that in retrospect should have earned him some Oscar consideration.

Spielberg's latest is one of his most entertaining movies in over a decade and is in many ways a celebration of the wonderful characters he's helped bring to the big screen over his career. But at its core, it's a story that he's told his whole career — someone seeking acceptance. This political drama inspired by true events didn't do very well at the box office, only bringing in around $77 million in the United States. That's a shame, because it shows Spielberg at his very best. Mark Rylance deservedly won the best supporting actor Oscar in this underrated gem that includes a performance by Tom Hanks that should have been more praised. This dramatic look at the Washington Post releasing the Pentagon Papers isn't Spielberg's most riveting dramatic work, but it features top notch performances by Hanks and Meryl Streep. "Munich" joins "The Terminal" and "War of the Worlds" to round out Spielberg's unofficial post-9/11 trilogy. This Christmas 2005 release definitely underperformed at the box office, perhaps because audiences didn't want to spend their holidays watching a movie with so many gruesome deaths. But it's one of the director's most unique and thrilling efforts, and it was thankfully immortalized in a scene in the Judd Apatow comedy "Knocked Up."

We're still completely baffled by how audiences largely ignored this delightful, family-friendly epic. Excellence is on display in every aspect of this movie. Just because nobody really talks about it doesn't mean you shouldn't give it a chance. And watch out for a great supporting performance by Tom Hiddleston. The last good "Indiana Jones" movie. And it is really good. Harrison Ford and Sean Connery have incredible comedic chemistry. It could have been the perfect ending to a perfect trilogy — if only George Lucas hadn't come up with an idea for a sequel. We know how that turned out. 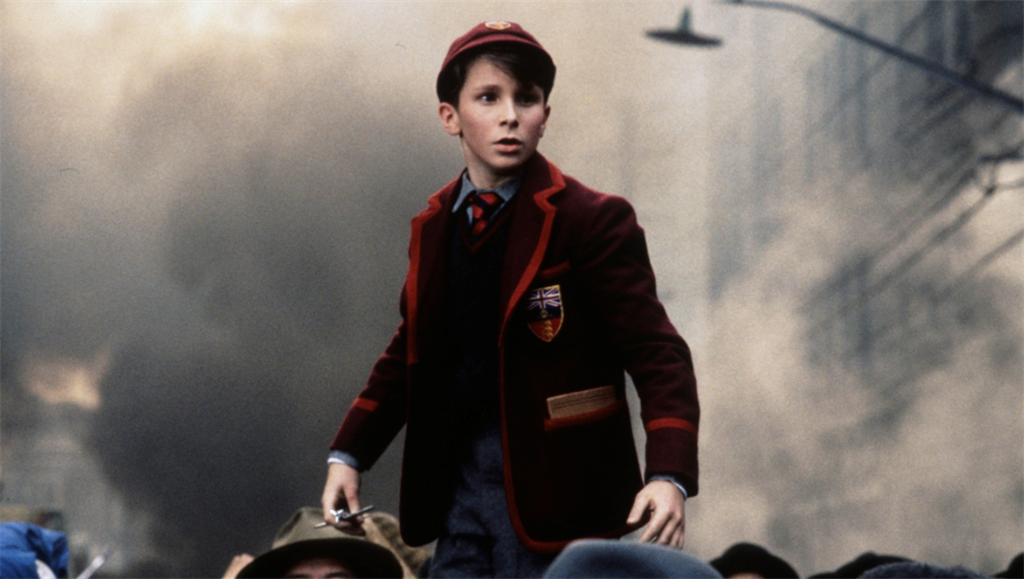 This World War II epic is absolutely one of the most unfairly underrated movies of the director's prolific career. The scene in which the POW camp is liberated by an American fighter squadron is one of the greatest single scene ever committed to film. Spielberg's action choreography, combined with John Williams' score and Christian Bale's frighteningly intense acting, result in a truly transcendent movie moment. Most will scoff at how high up on the list this is, but you can chalk it up to my childhood. This was one of the most-watched movies in the Flanagan household, which is kind of disturbing when you think about how violent it is. But, whatever! Thirty years later, it's just as wild and fun as ever. Fun fact: This movie was responsible for the Motion Picture Association of America's decision to invent the PG-13 rating. The movie that is mostly to blame for the CGI revolution gets a pass because it is so freaking good. It's crazy to think that Spielberg made this movie in the same year that he directed "Schindler's List." It's pure fun from beginning to end. Dozens and dozens of war movies had been made before it, but this movie transcended all of them in terms of how it portrayed combat. The opening scene showing the landing at Omaha Beach remains one of the greatest standalone sequences in movie history. The movie that started it all. Spielberg made this as a TV movie for ABC. It was distributed theatrically in Europe, and it quickly made a name for Spielberg who, up to that point, had only directed episodic television. Right out of the gate, Spielberg established himself as a master of action and suspense. Now we're getting to the point where any of these movies could easily fall into the top spot. Spielberg redefined the action-adventure genre with "Raiders," which gets better with every viewing. He topped himself the next year with this imaginative sci-fi classic, which held the title of highest-grossing movie in history until Spielberg topped it with "Jurassic Park" in 1993. To this day, it's one of Spielberg's towering achievements. His use of black-and-white is not only emotionally powerful — it's also one of his most impressive visual efforts, marking the beginning of his collaboration with cinematographer Janusz Kaminski, who has worked as the director of photography on every Spielberg movie since. After the success of "Jaws" in 1975, Spielberg earned the power to make whatever movie he wanted to make, and this is what he gave us — one of the greatest science-fiction movies of all time.

It's hard to pick a favorite Spielberg movie, but seeing we have to, we're going with his 1975 classic. It changed the movie business forever, as studios quickly shifted their focus toward summer "tentpoles." Without "Jaws," there might have been a "Star Wars."

Related Links
9 characters who could die in 'Avengers: Infinity War,' ranked by how likely they are to meet...
The 38 most notable deaths in the Star Wars movies, ranked by how sad they made us
Black Panther just made box office history. Not bad for a movie shot in the Free State
Next on Business Insider
At the current rate, SA will hit its Covid-19 vaccination target in about September 2028