Steve Jobs was an intense person. One famous aspect of his personality, aside from his piercing stares and his charming aloofness at times, was his compulsion to only eat fruits and vegetables.

According to his official biography, Jobs learned from an early age that he could induce euphoria by choosing not to eat for long periods of time. He was a vegetarian for most of his life, and even became vegan at certain points, but his meals were always small and simple whenever he ate. He was very picky - and if food wasn't to his liking, for one reason or another, Jobs could also be exceptionally cruel to servers, chefs, and even restaurant managers.

So, what did Jobs eat? We combed through Jobs' biography, written by Walter Isaacson, to highlight Jobs' interesting relationship with food. (Be sure to buy Isaacson's book, "Steve Jobs," for even more fascinating stories about the Apple cofounder.)

When he was a freshman at Reed College, Jobs discovered a book called “Diet for a Small Planet” by Frances Moore Lappé. “That’s when I swore off meat pretty much for good,” Jobs told his biographer Walter Isaacson. After reading Lappé's book, which endorsed vegetarianism, Jobs said he would go on extreme diets, including purges and fasts, and would eat just one or two foods for weeks, like apples or carrots. During his freshman year, Steve would “live off” Roman Meal cereal. He would also buy dates, almonds, and lots of carrots. He bought himself a Champion juicer to make carrot juice and carrot salad.

Jobs later read a book called “Mucusless Diet Healing System,” by Arnold Ehret, which led to an even stricter diet. In addition to traditional meats and proteins, Jobs also gave up bread, grains, and milk. (Ehret died at the age of 56, just like Jobs.) Jobs got into fasting around this time, where he would not eat for two straight days — sometimes up to a week. He would break the fast with simple leafy vegetables and water. Jobs would occasionally binge at the All One Farm commune, where he spent his weekends. Monks from the Hare Krishna temple would come to visit, and make vegetarian feasts with “cumin, coriander, and turmeric.” Jobs would go to town on these meals. Jobs’ partner for many years Chrisann Brennan was also a vegetarian, but their daughter, Lisa, was not. Together they would buy groceries like puntarella, quinoa, celeriac, carob-covered nuts — though on occasion, Chrisann and Lisa would splurge on a rotisserie chicken that they would share in the car. Jobs was way more strict with his own diet. His daughter Lisa remembers that, one day, he spat out a mouthful of soup after he learned that it contained butter. In 1991, Jobs married Laurene Powell, a vegan. Their wedding cake was vegan, with no eggs, or milk — “more than a few of the guests found it inedible,” Jobs’ biographer said. Jobs and Powell shared a love of natural foods together. Powell had worked part-time at the juice company Odwalla; she later started her own company called Terravera, which produced and delivered organic meals to stores around northern California. As an adult, Jobs retained the same eating habits he had as a teenager and college student. He would spend weeks eating the same thing over and over again, like apples or carrot salad with lemon, and then stop eating that food entirely, or go on a fast. In 2003, after doctors performed a routine CAT scan of his kidneys, Jobs learned he had a rare form of pancreatic cancer. But instead of opting for surgery, which is what doctors recommended (they were overjoyed that they caught the cancer so early), Jobs instead tried to heal himself by becoming a strict vegan, eating large amounts of fruit juices and carrots. In 2008, when Jobs underwent surgery to remove part of his pancreas, Powell started incorporating fish and other proteins into their meals. But his health was poor and he was losing a ton of weight. He would still ask his personal chef Bryar Brown for a carrot salad, or lemongrass soup, or a simple pasta with basil. In February 2010, Jobs flew to New York City to meet with 50 executives from The New York Times. Jobs ate at an Asian restaurant called Pranna (which is now closed); he ordered a mango smoothie and a plain vegan pasta, neither of which were on the menu. 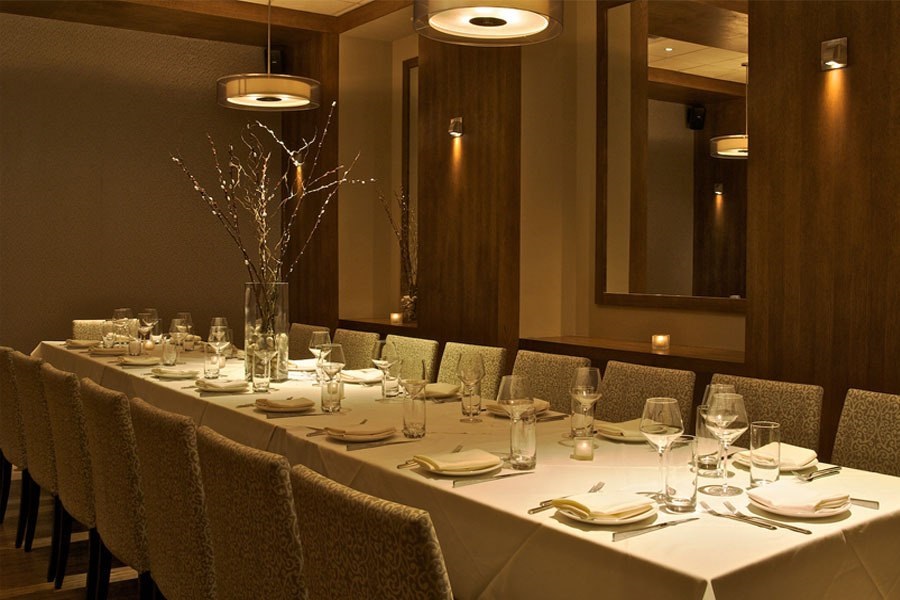 In February 2011, Jobs helped plan a small dinner for President Obama in Silicon Valley. He objected to some of the dishes proposed by the caterer, including shrimp, cod, and lentil salad, calling them “too fancy.” He also objected to the dessert, a cream pie with chocolate truffles, but was overruled because the White House staff said President Obama liked cream pie.

By July 2011, Jobs was eating almost no solid foods at all. By then, his cancer had spread to his bones and other parts of his body. Steve Jobs died on October 5, 2011, surrounded by family.

Related Links
Bill Gates says Steve Jobs could be both an 'a--hole' and a wizard who cast 'spells' on people
Brad Pitt, Steve Jobs' widow, and Britain's fallen star investor reportedly backed a startup...
10 predictions Steve Jobs made about the future of tech that came true — and 2 he got totally wrong
Next on Business Insider
How Jeff Bezos spends his $166 billion, from 10,000-year underground clocks to flying to the edge of space