Steinhoff shares continued to fall on Tuesday morning, losing 8.18% to a record low of R1.48.

The share has been bleeding after Coronation Fund Managers added to its woes, with an announcement that it is taking legal action against the embattled company. This will be the sixth lawsuit filed against the company since reports of its accounting irregularities came to light in December 2017. Steinhoff's share price has been in freefall for some time now, but the JSE cannot suspend the listing as its primary listing is on the Frankfurt Stock Exchange (FSE). The JSE did, however, suspend Steinhoff’s preference shares and bonds from trading earlier in March, as these have a primary listing on the JSE.

"This means that the company [Steinhoff] must comply in full with the FSE listings requirements and limited additional JSE Listings Requirements. Suspending trade in Steinhoff International on the JSE while it continues to trade in Frankfurt would prejudice South African investors," General Manager of Issuer Regulation at the JSE, Andre Visser, explained their position on the retailer to Business Insider SA.

Steinhoff's plummeting share price alone does not warrant its suspension, a spokesperson for the operators of the FSE, Deutsche Börse's Patrick Kalbhenn, told Fin24. The German exchange can only suspend trading in Steinhoff's shares if technical problems, information imbalances and indications of market manipulation are uncovered, he says.

However, according to FSE rules, the exchange's management board may suspend trade in shares if "orderly trading on their exchange no longer appears to be ensured" or "in case of repeated default and a disproportionately high shortfall in a postable security". 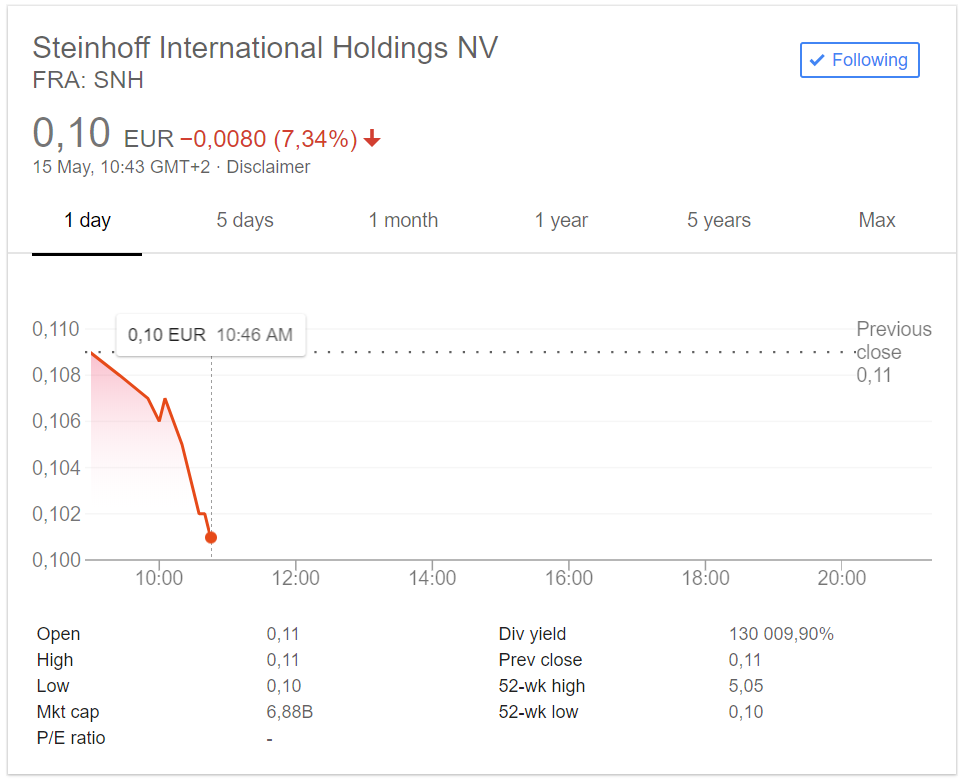 Steinhoff says it’s “premature” to talk about a potential conflict of interest between two board members it shares with Coronation - the company suing it over "accounting irregularities".