An artist has created an "anti-selfie" Instagram photo series which sees her "play dead" in front of some of the world's most famous tourist attractions.

Known simply as "STEFDIES" to her followers, the images show Stephanie Leigh lying flat on her face in front of the likes of the Eiffel Tower, Buckingham Palace, the Louvre, and the Golden Gate Bridge in an effort to send a message about "the fleeting sense of life".

Read more: A photographer shared a series of heartbreaking photos after a bride traded her engagement shoot for a final dance with her dying father

She refuses to provide her age - and even adds that while her "long hair (and swimsuit in selected photos) would allude to the fact that I am a female," she prefers to keep her account "neutral and free of age/nationality/politic/socioeconomic status".

However, the Mail Online reported that Leigh is based in London but originally from the US.

She told INSIDER that none of the photos on her Instagram account, which has garnered 40,000 followers, are predetermined or use props.

Leigh told INSIDER she initially began taking the photos "in times I was completely exhausted and amused by the situations I found myself in, and wanted to capture these moments in time, to be able to remember and reflect on those points in my life that seems utterly ridiculous". She said she received an "incredible response" from friends and strangers, and decided she "wanted to continue putting something positive into the world, while at the same time using art to synthesise my feelings and thoughts regarding our impermanence on this earth".

"All STEFDIES images occur spontaneously in my daily life," she said. "This is why a STEFDIES image is the opposite of a selfie." "A selfie has controlled conditions, specific lighting, makeup/hair/wardrobe, an agenda, and is focused on the individual personality — it is a contrived and manipulated image distorted to achieve a desired result. STEFDIES is the polar opposite — I get one chance to get the shot, if it doesn't happen, c'est la vie." She added: "We have one life to live, and we don't get re-do's — and I would like to think I try to capture that feeling, that fleeting sense of life and its impermanence, in my photos." She said that STEFDIES is "a character of its own" and she wants people to "interpret the scenes as they wish". "Part of the joy and humor of STEFDIES is no-one knows exactly what the hell is going on, and that's pretty much a direct reflection of real life in general." The point of the series is that "the viewer is allowed to participate in the image, whether that is by imagining the circumstances of the surrounding image, or in recreating the STEFDIES post in their own photos". However, she tries to make her photos appropriate and inclusive. "Many school groups follow the STEFDIES series, as they consider it a good tool to teach young adults there are alternatives to the perfectionism of selfies and online culture," she said. "STEFDIES welcomes everyone to participate, and doesn't care about about status or perfection." She's taken over 1,000 photos, and said that the reactions she gets depends on where she is. "In Paris, no one even noticed as they just assumed I was a crazy artist, which I really liked, as it allowed me to run around the city and get these amazing shots," she said. "I do sort of worry though if anything actually did happen to me, if anyone would help? There have only been about five times in all of the years I've done STEFDIES that people came over to ask if I was OK." Still, she encourages people to take their own photos using the hashtags #stefdieswithme or #stefdiesfan. However, she said people don't always get the pose right. She said the pose requires your face to be "completely flat on the ground," rather than to the side, though "most people don't like their mouth touching the disgusting items on the ground". "For me as an artist and an individual, I push myself to take these photos (in the most uncomfortable of situations) as it allows me to physically, mentally, and emotionally participate in capturing a moment in time." "I have to totally commit to being 'in the moment' to get that one shot... believe me, it's really hard not to be present when you are face down eating dirt." 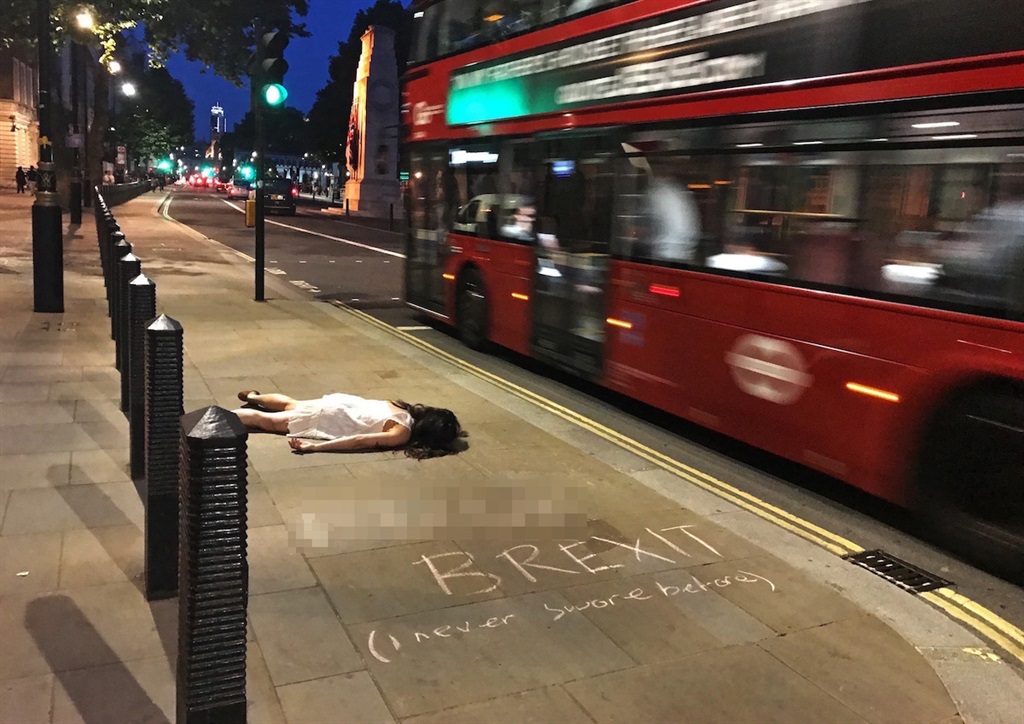 She told INSIDER some images haven't been released as she's hoping to reveal them in a series of coffee table books. "It is my hope STEFDIES promotes the idea of 'everyone is perfect exactly how they are, and not a damn thing has to be changed,'" she said. "Don't wait for the perfect time or the perfect shot — just be you, and that is good enough, and at the end of the day, incredibly interesting." 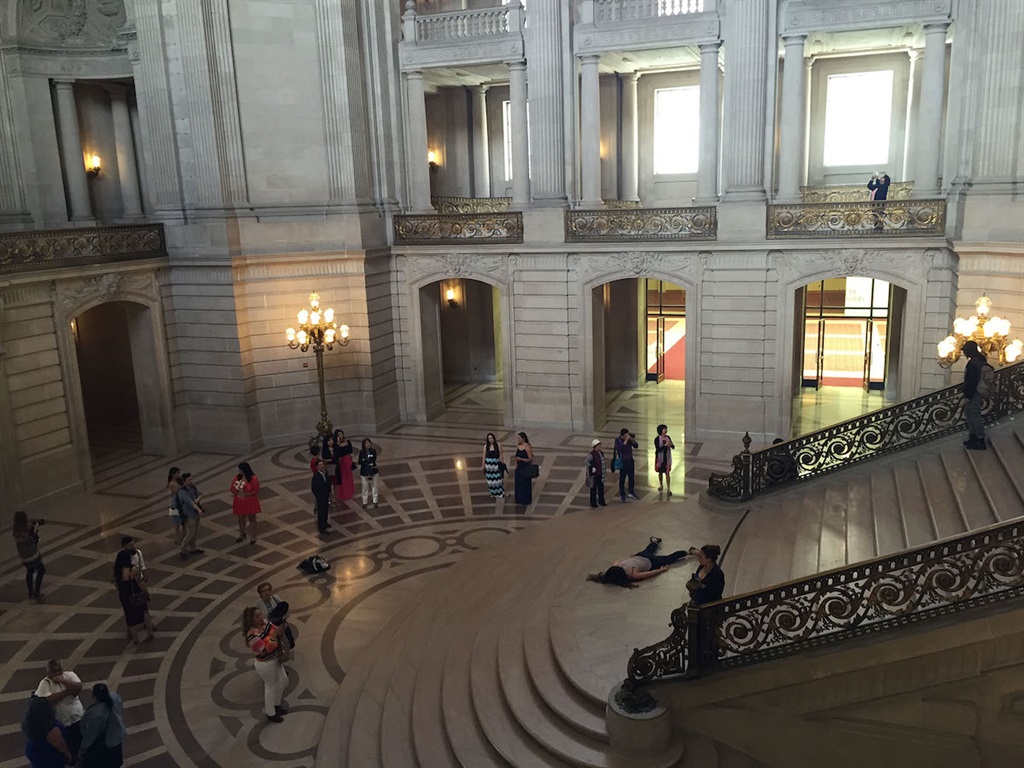 "The official STEFDIES slogan is 'leave a mark.' I'd like to think I'm doing that."