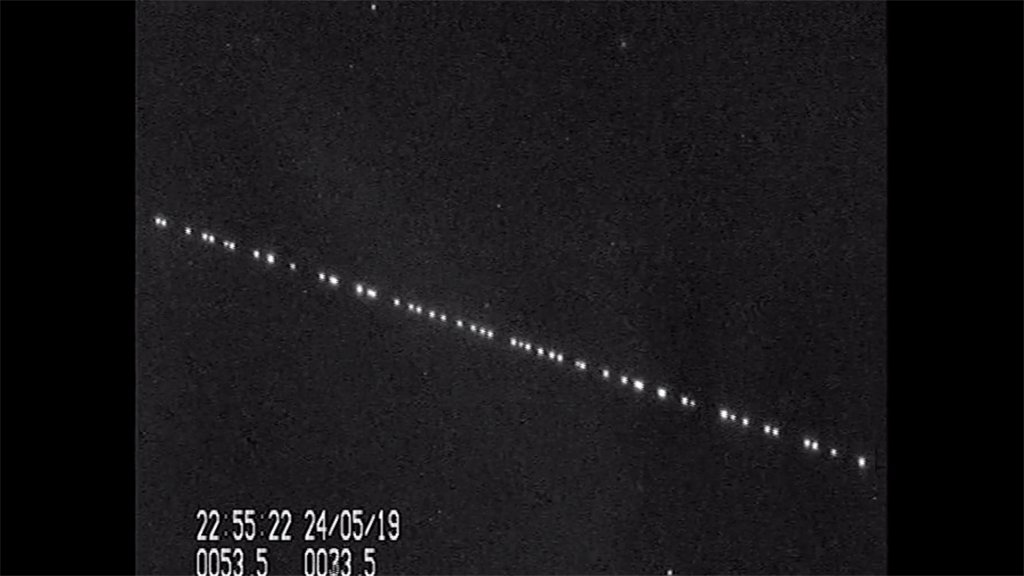 An astronomer in the Netherlands captured the Starlink train zooming across the sky shortly after its launch.
Vimeo/SatTrackCam Leiden

A stunning video shot by a Dutch astronomer captured a string of roughly 60 Starlink satellites zooming across the night sky, one day after they were launched into orbit.

The video shows the "train" of satellites speeding in a straight line as they orbit around the earth.

The astronomer, Marco Langbroek, wrote in a blog post that he had calculated the search orbit himself to find out when they would pass by, and "stood ready" with his camera. The train zoomed by within three minutes of his predicted time.

"It started with two faint, flashing objects moving into the field of view. Then, a few tens of seconds later, my jaw dropped as the 'train' entered the field of view," Langbroek wrote. "I could not help shouting 'OAAAAAH!!!!' (followed by a few expletives…)."

The satellites were launched Thursday evening by SpaceX, Elon Musk's rocket company. The company's goal is to ultimately launch up to 12,000 of the telecommunications satellites, with the intent of forming a network that could provide internet access across the earth and move internet traffic nearly to the speed of light in a vacuum.