Rooibos lattes are all the rage at Starbucks across Europe Starbucks in Europe and the UK have launched rooibos drinks at shops across the continent – but this is not your grandmother’s tea.  These rooibos lattes are served with freeze-dried apples sprinkled on top.

The Huffington Post in the UK reviewed the drinks favourably, calling the rooibos latte “a very comforting winter drink”, while the red apple rooibos is “the kind of sweet treat you need in your life when you hit your 3PM lull in the office”.

According to the Starbucks marketing material for rooibos, it has a “vanilla, honey-like aroma, with hints of caramel and malt for a slight sweetness”.

“Red apple rooibos” also contains an apple syrup and “a delicate apple blossom dust” (freeze-dried apples sprinkled on top of the latte), which creates a slightly sweeter and fruity version of the rooibos latte.

According to Starbucks, the red apple version is “the perfect drink for a spring-time Instagram photo”. The red apple rooibos latte is available on menus for a limited time only. 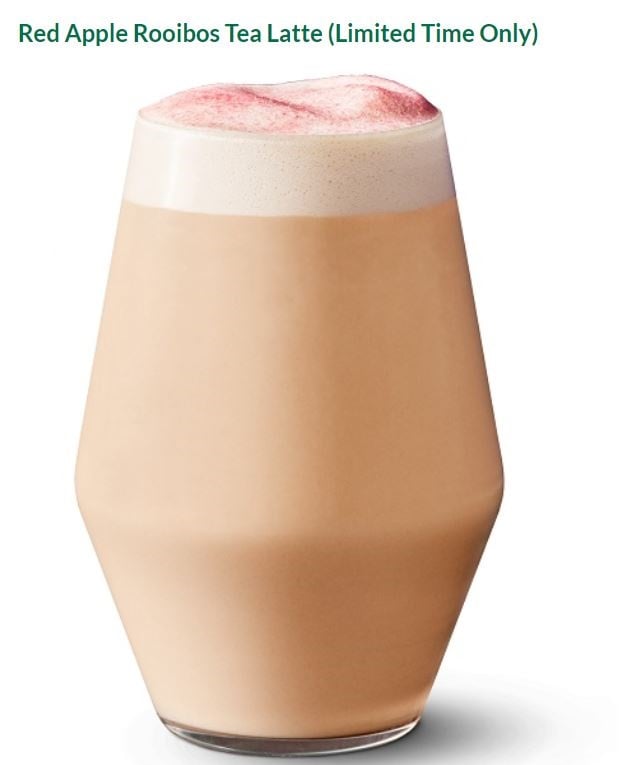 Starbucks use microground tea, a new way of extracting flavour from tea leaves, for the rooibos drinks. The rooibos tea leaves are ground into a very fine powder and then blended with steamed milk.