Starbucks finally opened its first store in Italy - and it's stunning. Take a look inside 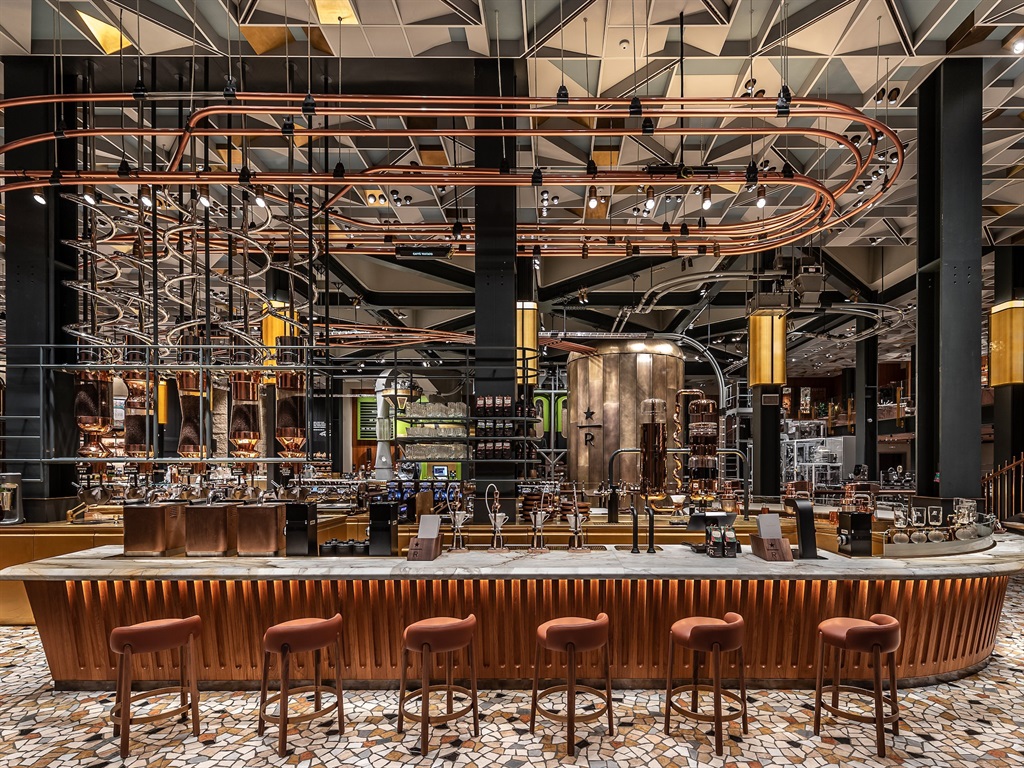 Starbucks just opened its first-ever store in Italy, and it's unlike any other Starbucks in the world.

Starbucks' first Italian location is largely inspired by Milan itself. It uses bright colours to celebrate Milan's history of fashion and design, and it uses bronze and marble elements to blend in with Milan's architecture. The Roastery also features a Scolari coffee roaster manufactured just kilometres outside of Milan, and has unique features like a Arriviamo bar serving over 100 cocktails and an affogato station where ice cream is made to order using liquid nitrogen.

Though this is Starbucks' first store in Italy, the brand has long been informed by Italian coffee culture. Starbucks' former longtime CEO and chairman, Howard Schultz, has said he was inspired to develop Starbucks as a destination coffee shop after a 1983 visit to Italy. According to Reuters, however, the $2.09 (about R32) Starbucks is asking for an espresso is nearly double what local Italian coffee shops typically charge.

Take a look inside the stunning new Milan Roastery:

The new Reserve Roastery is in Milan's Palazzo della Poste on the Piazza Cordusio. 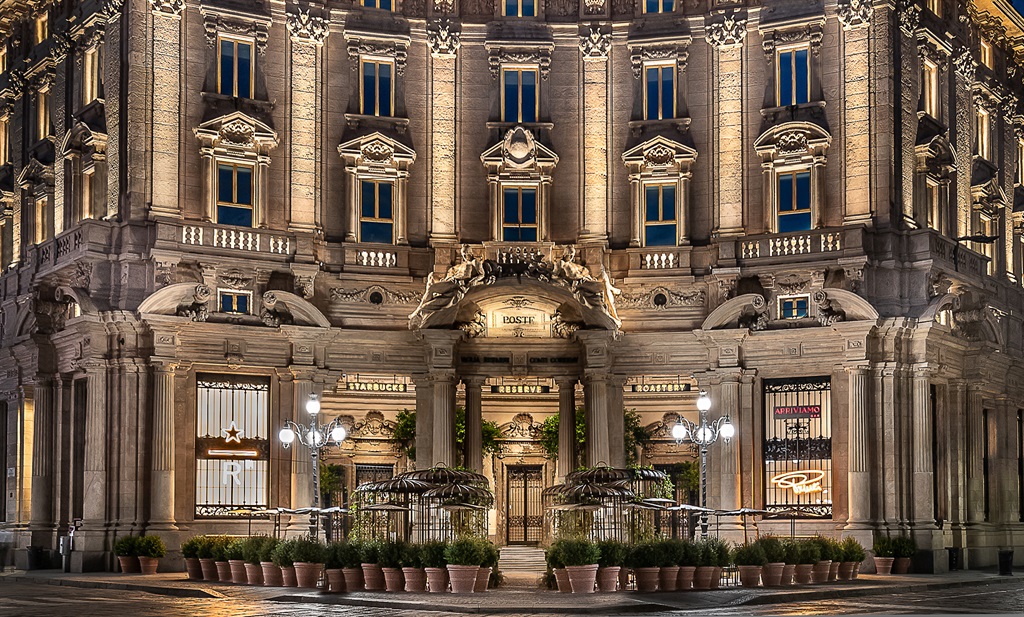 Surrounding the entrance to the Roastery is a floor-to-ceiling visual representation of Starbucks' history and its coffee. Customers can use the Starbucks app to learn more about anything on the wall. The interior of the Roastery is huge, and the design was inspired by Milan itself. All of the bright colours used in the interior were inspired by Milan's status as a destination for fashion and design ... ... and many elements of the interior are bronze to match the architecture in Milan. 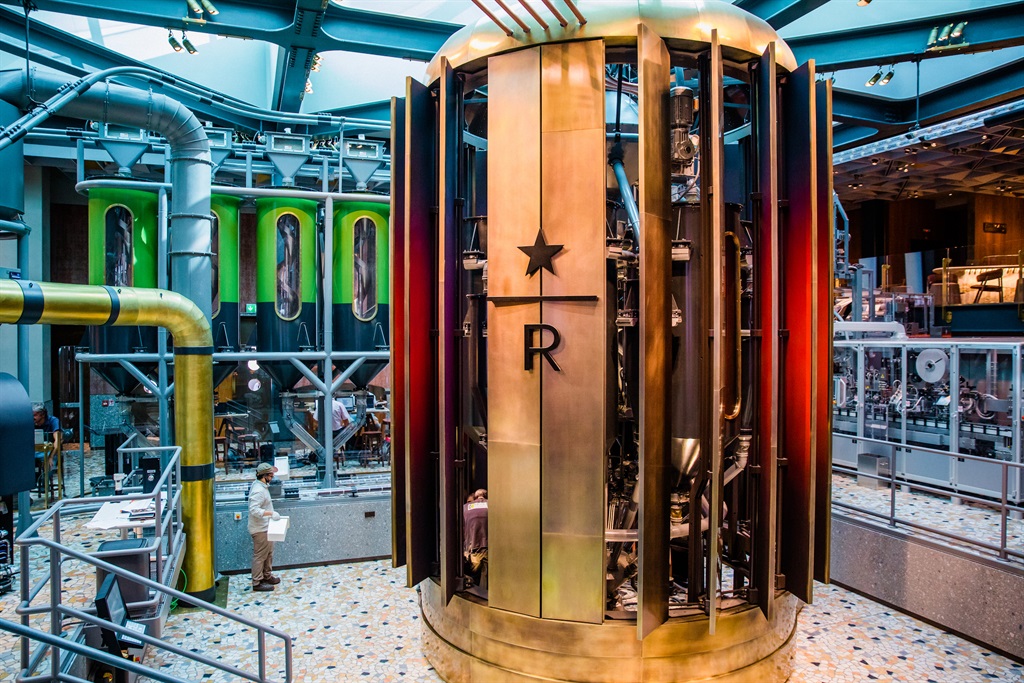 The Roastery is the first Starbucks in the world to use marble in its bar tops, meant to match the espresso bars across Milan. All of the bar tops are heated from within using radiant heat, so they don't get too cold in the winter. While at the Roastery, customers can walk around the entirety of the equipment setup, from the roaster to the cooling tray, de-gassing chamber, and packing line. The Roastery features a Scolari coffee roaster manufactured just miles outside of Milan. Even the floor was designed with Milan's history in mind. It was handcrafted by local artisans in the Palladiana style, a historic technique particular to Northern Italy. 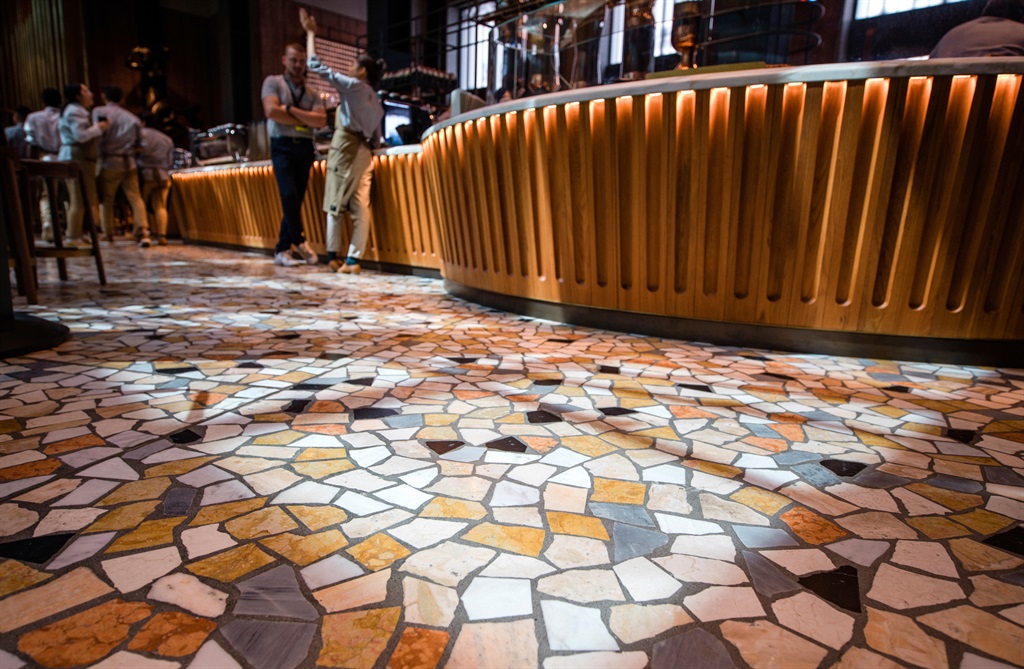 The main coffee bar is on the ground floor and features a range of coffees, including Starbucks' premium Reserve brand. The coffee bar will serve more than 115 different drinks including espresso and cold brew. It also will feature an affogato station where ice cream is handmade and made to order using liquid nitrogen, paired with a shot of espresso. Also like the other two Roasteries, there is a Princi Bakery that will serve fresh-baked food and pastries. To celebrate the new Roastery in Milan, Starbucks is launching a new drink in the US called the Cordusio. It's espresso-based mocha topped with cocoa powder, served in a "short" eight-ounce (226 gram). It's named after the Piazza Cordusio, where the Reserve Roastery is located in Milan. Starbucks' Reserve Roastery in Milan is one of only three shops of its kind.
Starbucks