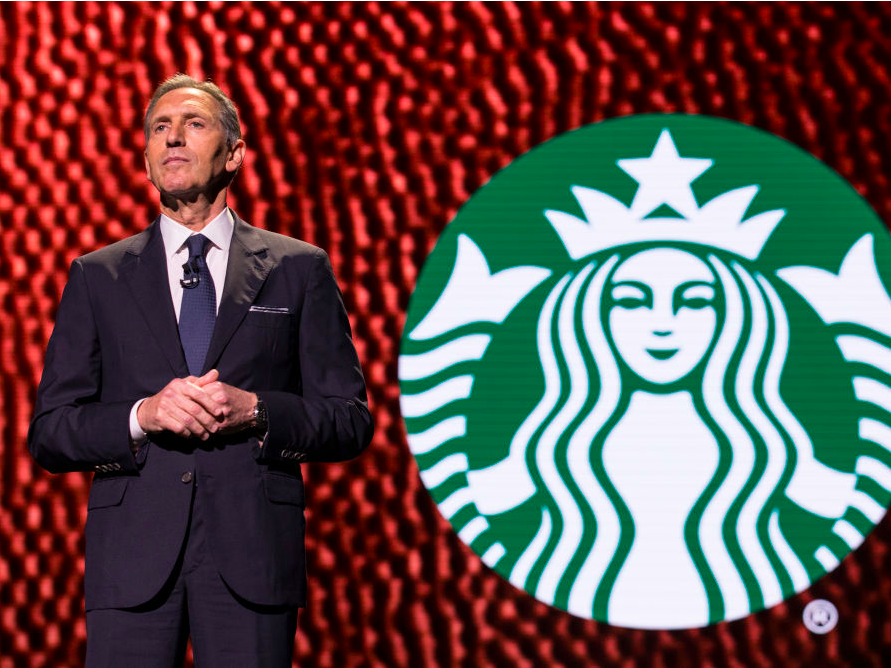 Howard Schultz announced on Monday that he was stepping down after 40 years at Starbucks. Schultz has led the coffee chain, as a CEO and an executive chairman, since the late 1980s.

"Who could have imagined how far we would travel together, from 11 stores in 1987 to more than 28,000 stores in 77 countries," Schultz said in a letter to current and former employees. "But these numbers are not the true measures of our success. Starbucks changed the way millions of people drink coffee, this is true, but we also changed people’s lives in communities around the world for the better."

Schultz's departure from the chain comes after years of rumours of the businessman's political aspirations — something Schultz acknowledged in an interview with The New York Times.

"One of the things I want to do in my next chapter is to figure out if there is a role I can play in giving back," he told The Times. “I’m not exactly sure what that means yet."

When The Times asked Schultz directly about a presidential run, he said:" I intend to think about a range of options, and that could include public service. But I’m a long way from making any decisions about the future."

Schultz has long emphasised social issues in his leadership at Starbucks, in a manner that some have criticised as partisan. In September 2016, Schultz endorsed Hillary Clinton for president — his first time publicly endorsing a candidate.

Schultz announced plans to step down as Starbucks' CEO in December 2016, saying he would instead be focusing on Starbucks' "social missions" as chairman.

Since then, he's blasted Trump's attempt to bar refugees from entering the US, written in the Financial Times about national identity after white supremacists rallied in Charlottesville, and launched the second season of "Upstanders," a series committed to highlighting people making a difference in their communities.

Schultz additionally helped lead Starbucks' recent efforts to address racial bias at the chain after an incident in which two black men were arrested at a Philadelphia location. Starbucks closed 8,000 locations for an afternoon so employees could undergo racial bias training and changed store policies to open bathrooms to all — even people who do not make a purchase.