If you want to sleep under Africa’s stars, here are some of the best sky-bed options 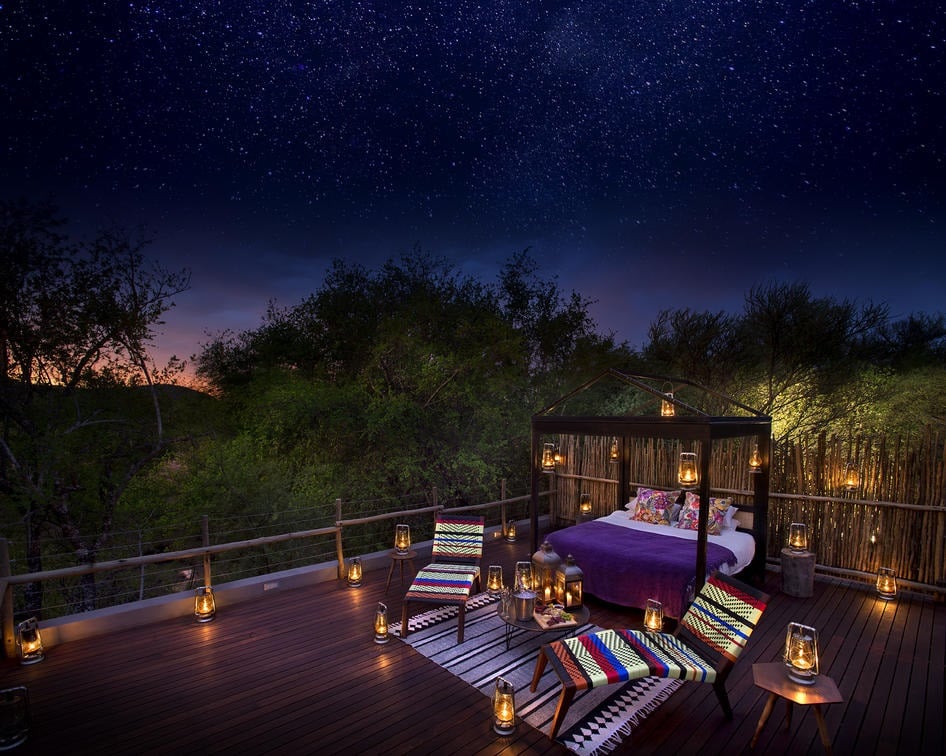 It is incredible to sleep out under a blanket of stars - until 3AM hits, and it’s cold, and you wish you’d gone for the down sleeping bag instead of the budget one.

But if you’re the kind of stargazer who still wants a duvet and a pillow, and maybe a hot water bottle, and a freshly-brewed morning coffee, an increasing number of safari lodges now have you covered.

High-end resorts throughout the continent are combining the concept of an old fashioned sleep out with lodge luxuries to take advantage of the growing trend of astrotourism. For a few years now it has been touted as the next big thing in travel.

In essence, astrotourism consists of lodges or tour operators finding ways to showcase spectacular night skies. It doesn’t have to be a rare solar eclipse mission, nor do you don’t need to be chasing the ultimate night sky photograph - in most cases, it’s billed primarily as a ticket to simply enjoy a night sky that many of us living in cities forget all about.

Here are a few sky beds that will leave a lasting impression.

Lion Sands Game Reserve in the Sabi Sands has three treehouses that take star gazing to another level. Their elevation above the Big 5 country below makes the treehouses a unique experience that allows you to combine the sounds of the bush - often with animals traipsing directly below you - with unparalleled night skies. The reserve has three different luxury stargazing options that are separate from the main lodges but must be booked in conjunction with traditional accommodation. Kwessi Dunes is set in the isolated NamibRand Nature Reserve - an official International Dark Sky Reserve. This makes it one of the world’s best places for stargazing, and as a result, Kwessi Dunes has worked to incorporate this feature into each visit. Rather than a standalone or additional option, Kwessi Dunes has an open-air room attached to each luxury tent in the camp - which means you won’t pay extra for it, and if you get a little cold, or lose your nerve, an indoor bed is just behind the sliding door. Tswalu in the Kalahari has recently launched an outdoor sleeping option called Naledi - Tswana word for ‘star’. Tswalu bills this as a “back to nature” experience set in the Korannaberg mountains. The luxury lodge has deliberately kept its star bed option simple to help guests reconnect with nature - but the deck still has camping beds, an open-air shower, and is catered with a picnic and breakfast. 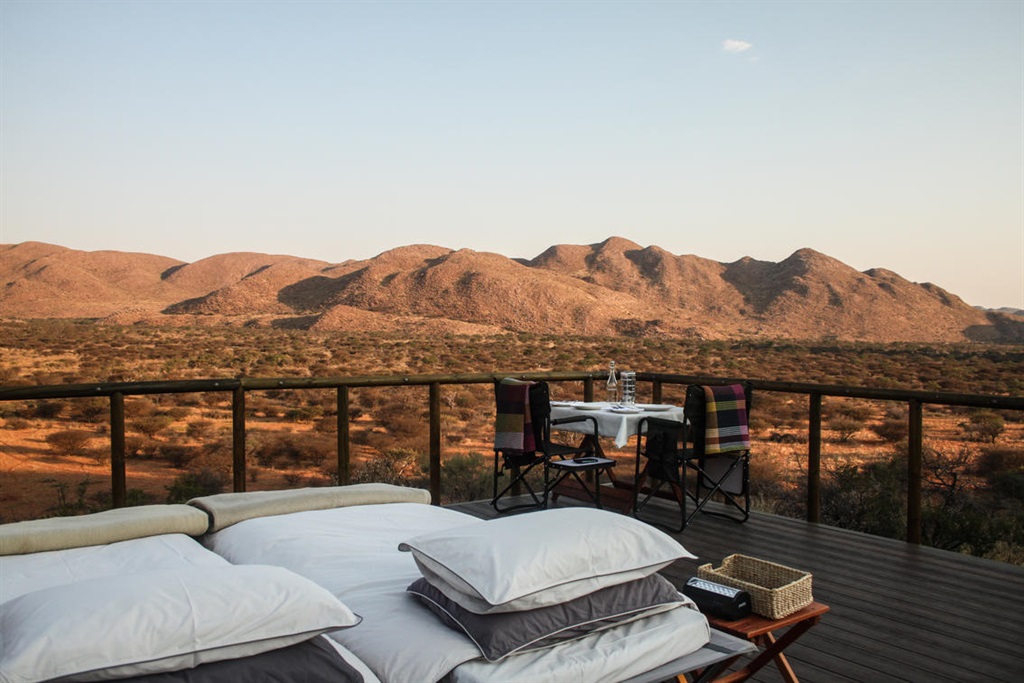 Loisaba Star Beds in Kenya’s Laikipia Plateau is possibly the country’s most famous outdoor sleeping option. They consist of handcrafted four-poster beds that are rolled out on wheels and set on raised platforms on a rocky outcrop. Wild animals may wander under your bed at night as you gaze up at the stars, and the luxury lodge will make sure that you greet the new day with a hot cup of tea or coffee. Skybeds in Botswana’s Khwai Private Reserve consists of rooms that are three-story raised platforms overlooking a busy waterhole below. The rooms, although billed as stylishly rustic, come with a bathroom and flushing toilet, a dressing room, and a large bed with a feather duvet open to the night sky. Samara, in South Africa’s Karoo region, has a star bed set on an elevated platform along the Milk River. Guests arrive just before sunset, where they’re presented with a picnic dinner and drinks as the wildlife wanders down for sundowners of their own. Guests must be booked into one of Samara’s lodges for at least two nights to take advantage of the star bed, which is available on a first-come, first-served basis. 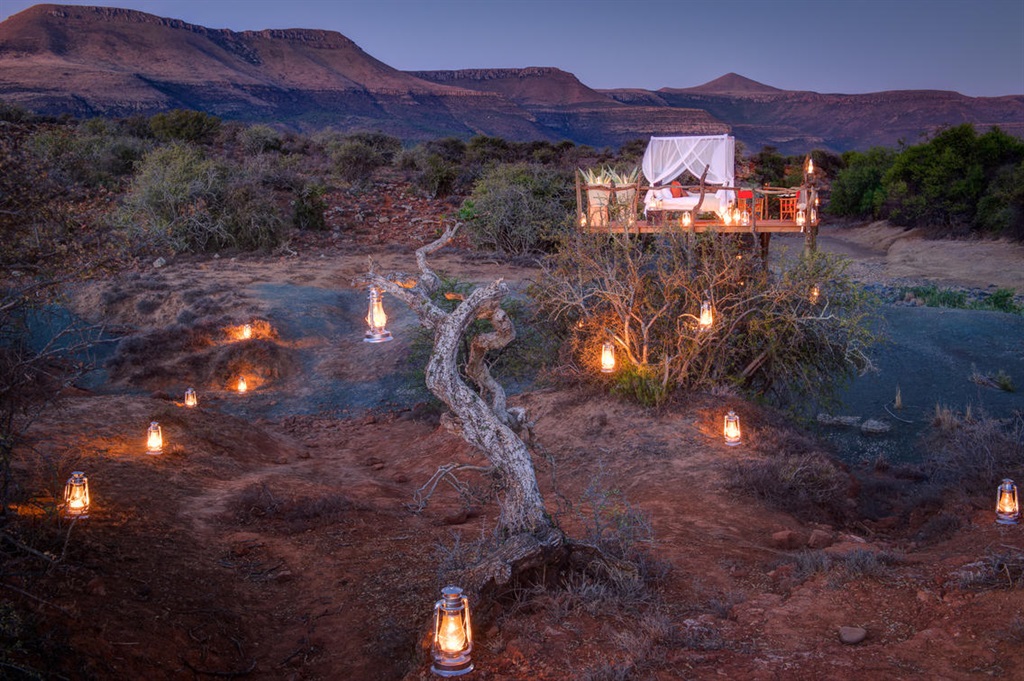 Jaci’s Lodges in Madikwe has two star bed suites that offer luxurious private accommodation set over two levels under the night sky. They’re targeted towards honeymooners and those celebrating other special occasions and include both indoor and outdoor sleeping options. The suites come with king-size beds, an outdoor shower, an indoor bathroom, a lounge area, and a viewing deck.