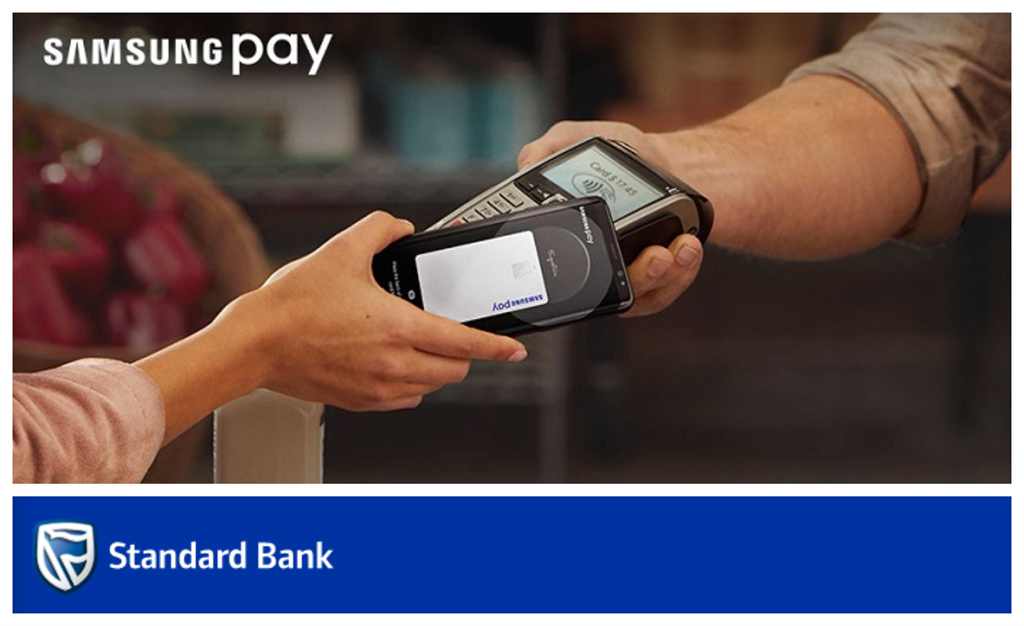 Standard Bank is the second bank, after Absa, to offer Samsung Pay, the Korean technology company announced on Friday.

Standard Bank clients will now be able to tap their cellphones instead of using a card at pay points.

“We’re proud to be offering this exceptional service to South Africans and the positive response from banks and vendors,” says Samsung SA's VP of Integrated Mobility, Craige Fleischer.

Samsung Pay allows users to make payments by launching Samsung Pay app, authenticating with an eye or fingerprint scan, and tapping their phone to complete the transaction.

It is available on these devices:

See also: All the cool features of the new Samsung Galaxy Note 9 - available in South Africa within two weeks

Standard Bank clients who sign up for Samsung Pay will get a R30 Mugg & Bean voucher on their first use. Five taps gets them a R50 Steers voucher, and 10 taps secures entry into a draw for one of five Samsung Galaxy S9 phones.

Absa clients were the first on the African continent to have access to Samsung Pay. Samsung SA says more merchants and banks will be added in the coming months.

Related Links
All the cool features of the new Samsung Galaxy Note 9 - available in South Africa within two weeks
Samsung just unveiled the Galaxy Watch, its answer to the Apple Watch — here's everything we know...
Some SA bank clients can now make payments with their Fitbit and Garmin watches
Next on Business Insider
Uber is sending befuddled passengers step-by-step instructions for opening the doors on a Tesla