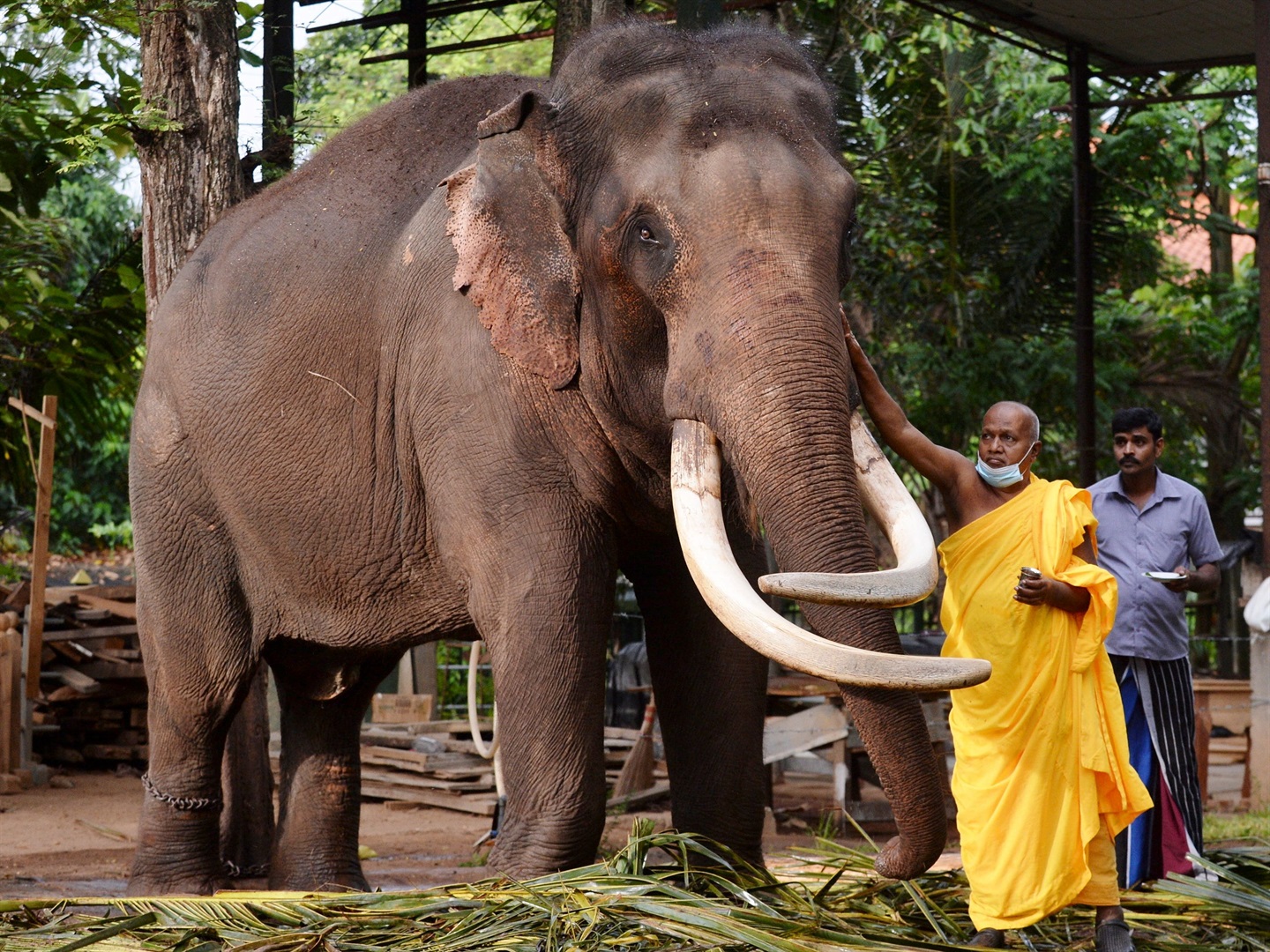 A Sri Lankan Buddhist monk anoints a temple elephant as a part ritual marking the New Year as per traditions at a temple in Colombo on April 17, 2021.
LAKRUWAN WANNIARACHCHI/AFP via Getty Images

Baby elephants in Sri Lanka under the age of two have been banned from working and must be kept with their mothers, according to wide-ranging new regulations released Thursday to protect domesticated elephants in the country.

The new regulations also state that elephant handlers - known as mahouts - are not allowed to imbibe liquor or take drugs while working with the animals.

"The person who owns or has the custody of such elephants shall ensure that the mahout (rider) is not consuming any liquor or any harmful drug while employed," read the notice.

The notice was released by State Minister of Wildlife Protection Wimalaweera Dissanayaka and said that every domesticated elephant must also have a biometric identity card with a photo of the giant mammal and its DNA details.

Elephants are highly revered in Sri Lanka, and killing an elephant is punishable by death, according to the World Wildlife Fund. They are used for religious processions, tourist attractions, and also logging.

Under the new regulations, logging elephants can only work up to four hours a day, while working at night is forbidden. They are also entitled to at least two-and-a-half hours of bathing time each day. Elephants cool off by bathing themselves in mud.

Taking aim at elephant tourism in the country, the notice added that only up to four people can ride on an elephant at one time, and they must be seated on a well-padded saddle.

The captive elephants must also undergo a mandatory health check-up every six months. Additionally, per the notice, elephants are not allowed to participate in films except for government productions carried out under strict veterinary supervision.

Rule breakers could face a three-year prison sentence and have their elephants taken into state custody, reported AFP.

Per an elephant census carried out in 2011 by Sri Lanka's Department of Wildlife Conservation, about 7,400 wild elephants live in Sri Lanka, reported the BBC. There are about 200 domesticated elephants in the country, according to estimates by the United Nation's Food and Agriculture Organization.

Owning elephants is seen as a status symbol in the country. In a landmark case in 2019, wildlife experts said dozens of calves were stolen from their herds over a 10-year period and sold to the wealthy for about $125,000 each, reported the South China Morning Post.