Why the number 42 was hidden in plain sight throughout 'Spider-Man: Into the Spider-Verse' 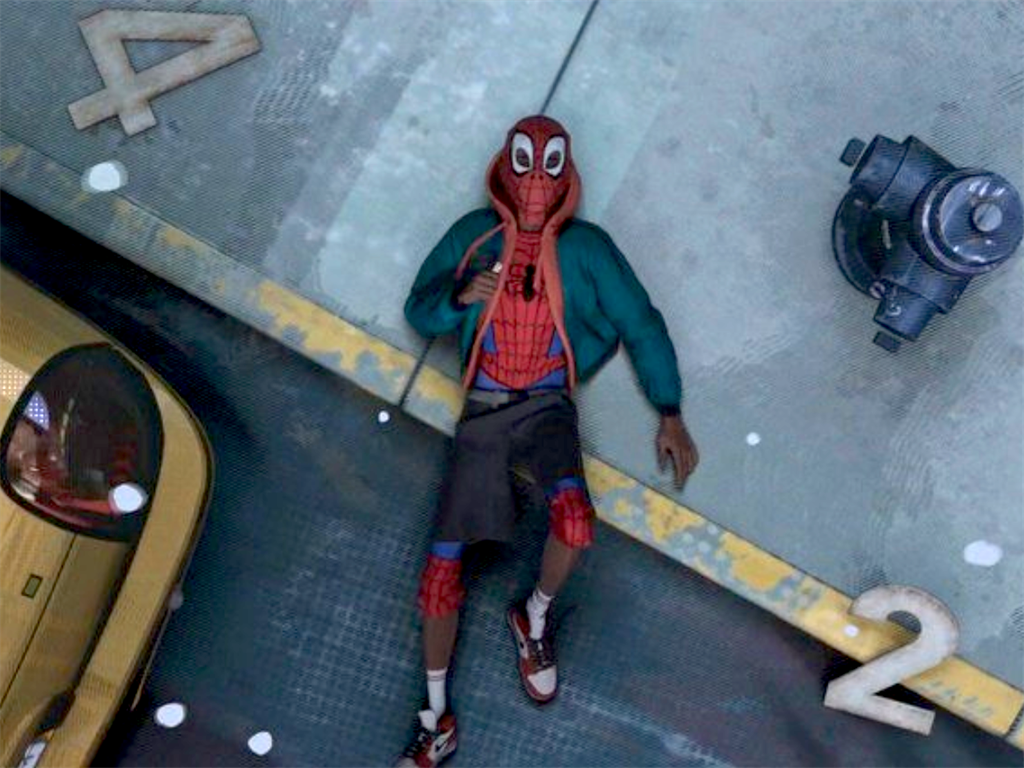 Jackie Robinson of the Brooklyn Dodgers, posed and ready to swing. (Wikicommons)

Jackie Robinson was the first black man to ever play on a Major League Baseball team. He was an infielder for the Brooklyn Dodgers from 1947 to 1956. Robinson's iconic jersey number, 42, crops up at least twice in "Spider-Man: Into the Spider-Verse."

First, the number appears on the Alchemex spider which bites Miles, turning him into Spider-Man. Then, after Miles tries and fails to swing through New York City, he falls to the ground and the numbers four and two fall off a building sign, landing next to him on the sidewalk. Though 42 is an intentional Jackie Robinson reference, the number wound up having inadvertent meanings for fans. "A lot of people think that has to do with Douglas Adams and 'The Hitchhiker's Guide to the Galaxy,'" co-director Rodney Rothman said. "Forty-two is a really important number in that book series, but [it's] actually not connected to what this movie's about." Miles Morales in "Spider-Man: Into the Spider-Verse."
Sony Picture Animation.

This accidental reference to the Douglas Adams' classic sci-fi book isn't the only bonus meaning of 42.

"You know what's really gonna blow your mind?" Peter Ramsey said. "One of my best friends growing up, one of the first people who got me interested in film, he used to work at Northrup aircraft factory. His shift ended at 3:42. When we heard that, me and my other friends thought it was so ridiculous and we constantly made fun of it. And so 42, that number was all about my friend, Vincent, who has since passed on. In my mind, when I see it, it's a little like a little angel bell ringing."

"Spider-Man: Into the Spider-Verse" contains many references pointing to important black icons in US history. For example, Miles wears the Air Jordan 1 sneakers throughout the movie. "I think [42 is] also just one of many homages to ground-breaking characters in our own history," Bob Persichetti said. "Michael Jordan became this icon not only because he was the greatest basketball player of all time, but because his shoes became the most iconic shoes of all time, and so we used them."

"Spider-Man: Into the Spider-Verse" is available now digitally, and comes out on 4K, Blu-ray and DVD on March 19.