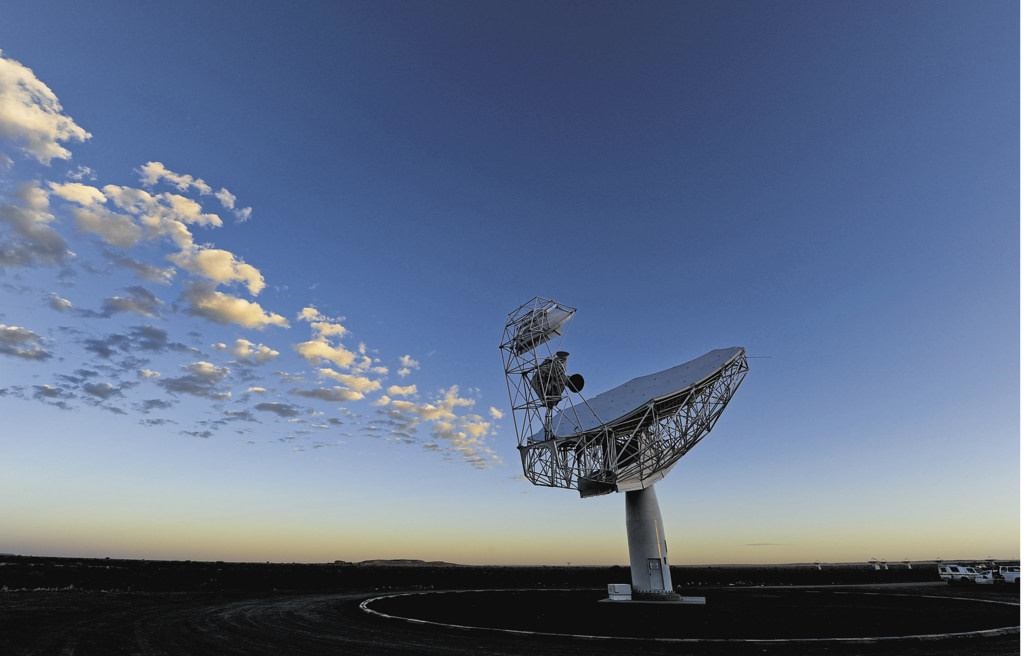 The MeerKAT telescope, a SKA precursor, in the Northern Cape. Photo: Jaco Marais

Spain has joined the Square Kilometre Array (SKA) organisation, joining 10 other countries that are building the world’s largest radio telescope.

The telescope’s core will be just outside of Carnarvon in the Northern Cape.

Once built, the SKA will comprise thousands of dishes in Africa and more than a million antenna in Australia. It will be 50 times more sensitive than current telescopes, and will help to answer some of humanity’s most perplexing questions, such as whether we are alone in the universe, what happened just after the Big Bang, and how galaxies form.

However, the SKA Organisation has included only 10 members, who are responsible for financing the mega telescope, since Germany pulled out in 2014. Spain now joins Australia, Canada, China, India, Italy, New Zealand, South Africa, Sweden, the Netherlands, and the United Kingdom.

“This is a strategic investment for our country,” said newly appointed Spanish minister for science, innovation and universities, Pedro Duque.

Joining the SKA Organisation would “[ensure] that Spanish scientists have access to the best large-scale radio-astronomy infrastructures and that Spanish cutting-edge industry is well positioned to bid for technology development and construction contracts.”

The SKA Organisation has been struggling to contain rising costs to accommodate the project being split between South Africa and Australia. Last year it was decided that phase one of the project would be scaled back to keep within the €674 million, or around R10.5 billion, cost cap. Phase one will add more than 130 dishes to South Africa’s 64-dish MeerKAT telescope, and about 130,000 antennas in Australia. Construction is expected to start in 2020.

When the cuts were announced, SKA Organisation director-general Phil Diamond said that he hoped new members would join and inject funding into the project.

A previous headline on this article implied that the SKA was a South African project. That is incorrect. It is being built by an international consortium. The headline has been updated to better reflect that.