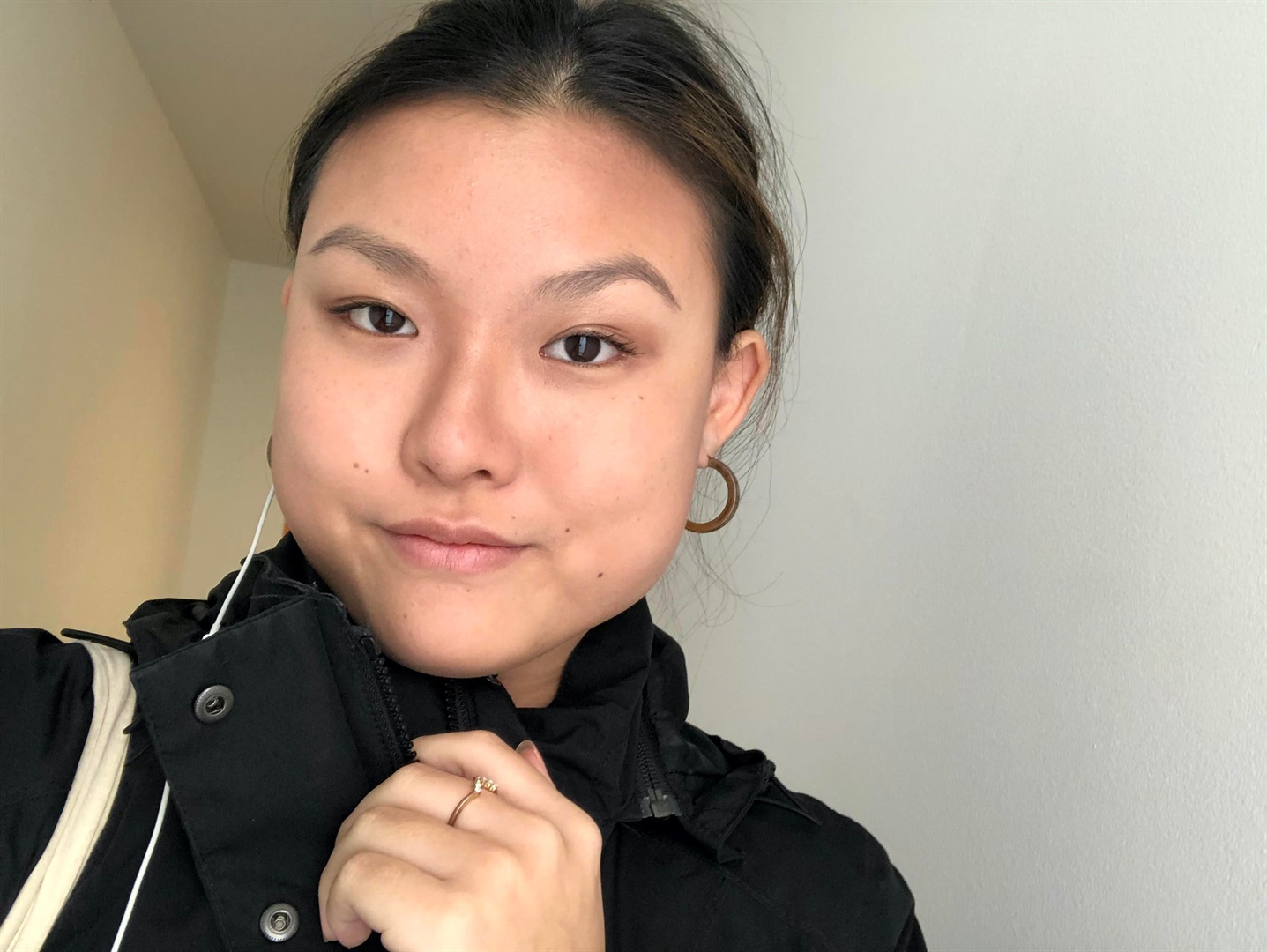 Ana Jiménez Cruz is affectionate - she gets it from her mother.

When they're together, they usually wrap one another in hugs. But the coronavirus has maligned this simple act.

"We're hugging each other 24/7, but now we can't anymore. She is a nurse, and my dad is a doctor. I've no siblings, so I'm alone all day long, and when they get home, I can't touch any of them," Cruz wrote on Instagram, in response to a video shared by actor Justin Baldoni of a young boy running full-pelt toward his scrubs-clad father. It's unclear who the people are in the footage, but the man can be heard saying "no," stopping the child in his tracks. The man then squats down and buries his face in his hands. The video received nearly 3,600 comments - Cruz being one of them.

"It is very hard for me not to hug my mom, especially," Cruz, 18, told Business Insider. "We are both very caring and love hugs, and not being able to hug her when she comes back from work or at any time, in general, isn't easy."

The trio lives in Las Palmas de Gran Canaria, Spain, but they weren't together when the coronavirus first reached Europe.

Cruz studies in the United Kingdom, where she said, "the government did not take any precautions until a late stage, so I still attended class as normal until my parents told me not to go even if everything was as normal as usual." Cruz stopped attending dance classes and going to the gym, and finally moved back to Spain to be with her family. She now attends classes online and is forced to give her parents a wide berth when they return from work. Her mother works with immunocompromised patients, mainly those with cancer, meaning "they are the most vulnerable and my mom has to be very careful when treating them," Cruz said. Meanwhile, her father is a surgeon who has fewer patients to attend to than usual. They don't work in the emergency department, but, Cruz said, it's apparent by the time they return home that they're "mentally and physically drained" by the ongoing pandemic, lack of personal protective equipment, and additional precautionary measures being enforced upon them.

The pair wear the same pair of shoes to the hospital every day, Cruz said, and ditch their coats and footwear outside the house at the end of their workday. Then, they scrub their hands and change their clothes before going further into their home. The family also uses a dishwasher programmed to 150 degrees Fahrenheit (65 degrees Celsius) to sanitise their dishes and cutlery.

Cruz said her parents are "very afraid" of infecting her, adding, "I am not a person with any disease that could be risky, but I could get it and pass it on to someone else who is. That is why they do not have physical contact with me at all."

That means, "they sit on the same couch but on opposite ends and I have to sit on another sofa," Cruz said. "I feel very weird and not happy at all about all of this, but I know it is the best thing to do to protect ourselves and the most vulnerable ones." 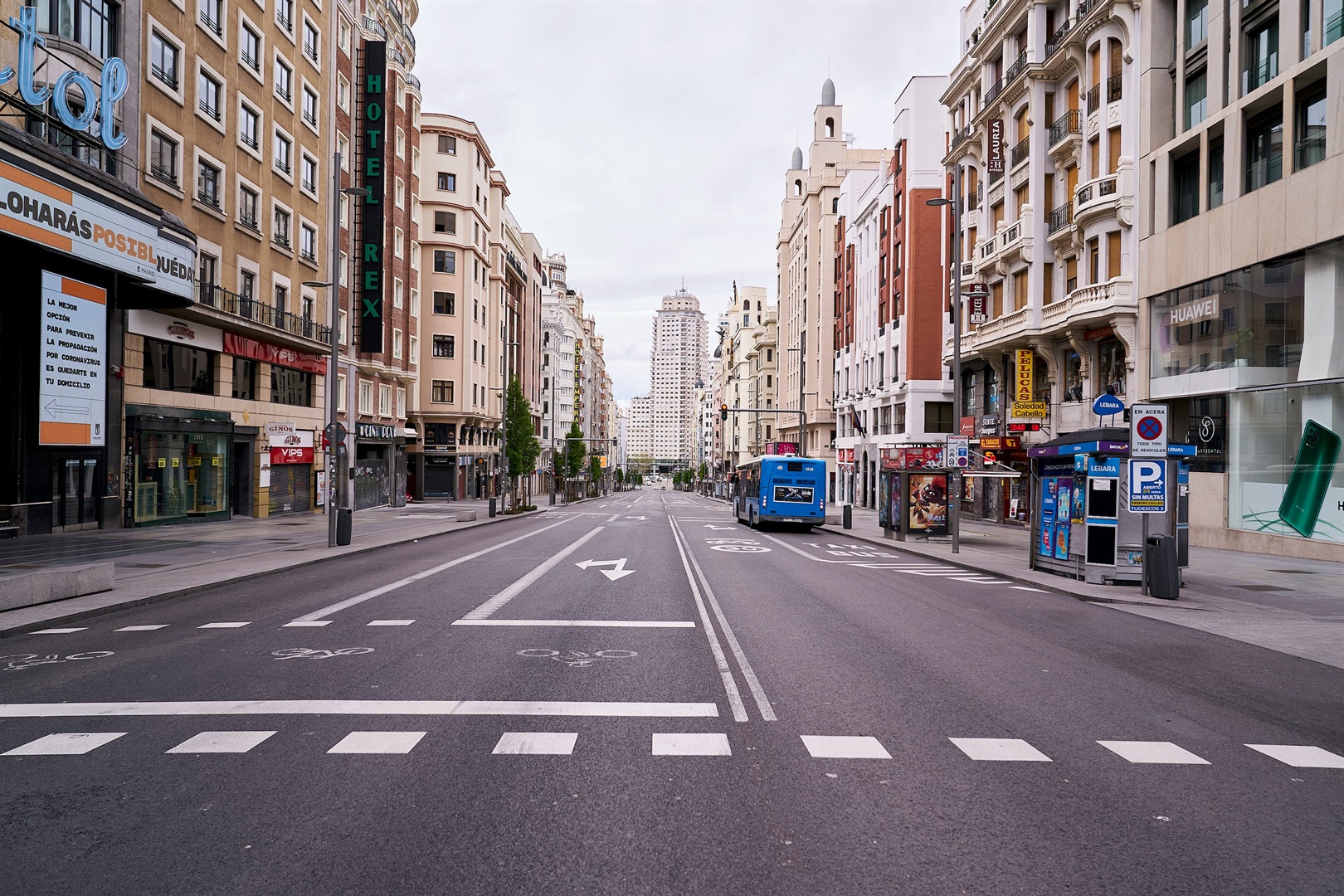 Usually bustling streets in Madrid, Spain, lie deserted during the coronavirus outbreak on April 6, 2020.
A. Ware/NurPhoto via Getty Images

On Tuesday, Spain overtook Italy as the second-worst-hit country in the world. It has confirmed 140,500 cases and nearly 13,900 deaths.

For her part, Cruz said she was surprised by how fast Covid-19 spreads and "how it can affect some until death and how others can be carriers and never show symptoms."

Spanish Prime Minister Pedro Sanchez introduced a two-week lockdown on March 14, which was first extended to April 11 and then April 25 as the country struggled to cope with an escalation in Covid-19 cases, Bloomberg reported.

"People are only allowed to go to the supermarket or pharmacies and their workplaces but, in my case, I still can't go out at all, as I've only been in the country for one week," said Cruz who entertains herself watching movies, playing the piano, reading, cooking, and sunbathing on the rooftop. A man wearing a face mask walks past a poster by artist TVBoy featuring Uncle Sam and reading "I want you to stay home" in Barcelona, Spain, during the coronavirus pandemic on March 14, 2020.
JOSEP LAGO/AFP via Getty Images

Spain has struggled to wrestle control of its coronavirus outbreak, with Spanish soldiers deployed to disinfect care homes reporting that elderly residents had been "completely abandoned," with some left dead in their beds. At the same time, Madrid officials converted a conference center into a field hospital and an ice rink into a makeshift morgue.

Asked about the government's response to the disease, Cruz said she wondered if actions could have been taken to prevent Spain's outbreak from devolving to such an extent.

"We had China and Italy as examples of how bad the situation could get, but the government didn't act on it soon enough," she said. Moreover, "innocent people" are dying because others are "being irresponsible and not staying at home."

Still, Cruz said she is waiting anxiously for things to return to normal.

Then "everyone can hug the people they love," she added.