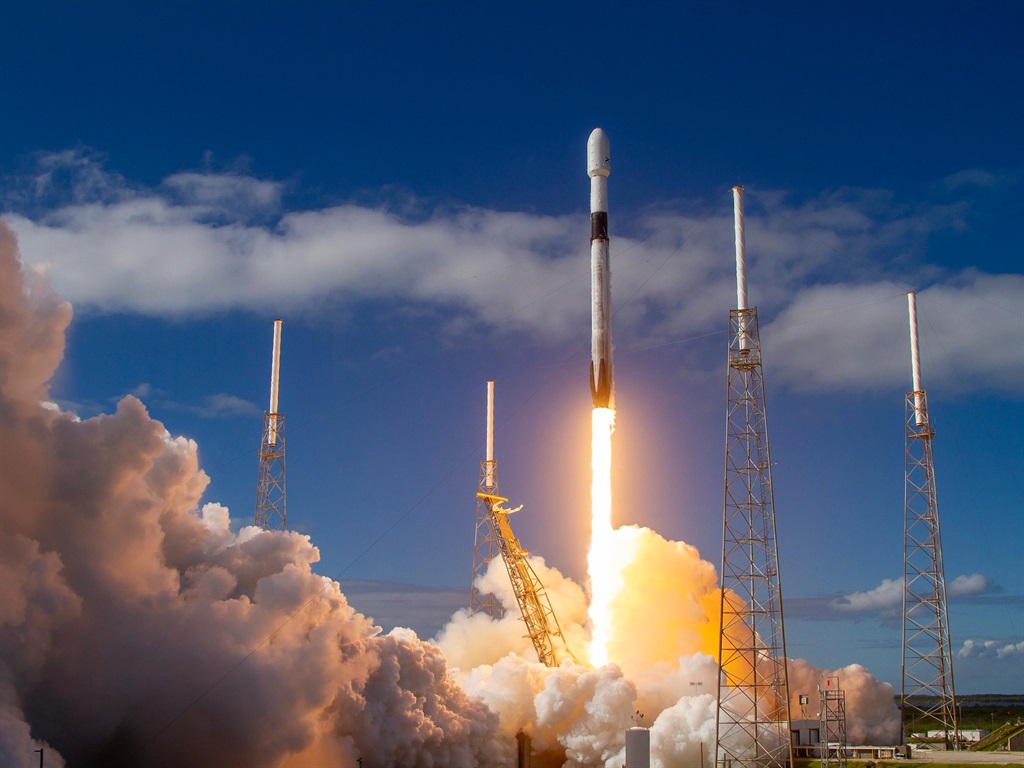 SpaceX is launching thousands of satellites into space.
SpaceX

Elon Musk's plan to station thousands of satellites above the Earth is already starting to annoy astronomers.

Starlink is the project launched by Elon Musk's space exploration company SpaceX which aims to put up to 42,000 satellites in orbit with the aim of bringing high-speed internet to even the most remote corners of the globe.

Though only 120 of the satellites are up and running, they're already wreaking havoc with astronomical research.

The brightness of the satellites mean that when they cross a piece of sky being watched by a telescope, they leave bright streaks that obscure stars and other celestial objects.

Last week astronomer Clarae Martínez-Vázquez of the Cerro Tololo Inter-American Observatory (CTIO) in Chile tweeted that 19 Starlink satellites crossed the sky and disrupted the work of the observatory because they were so bright they affected its exposure. "Rather depressing... This is not cool," she added.

Dr Dave Clements of Imperial College London told Business Insider that SpaceX is applying a typically Silicon Valley approach to Starlink, rushing it through without fully thinking through the consequences.

"I'm very concerned about the impact of SpaceX's Starlink constellation on all aspects of astronomy," he said.

"Move fast and break things might be workable when you're breaking a competitor's business model or the outdated assumptions of an industry, but in this case Musk is breaking the night sky for personal profit. That is unacceptable, and is not something you can fix when you're out of beta. The launches should stop until a solution is agreed with astronomers, professional and amateur."

Researchers working on a new state-of-the-art observatory due to open next year told the Guardian that private satellites launched by SpaceX, Amazon, and other private firms threaten to jeopardise their work.

Astronomers at the yet-to-open Large Synoptic Survey Telescope (LSST) ran simulations which suggested the vast majority of images taken by the telescope could be ruined by bright private satellites passing by.

The disruption caused by Starlink has not come as a surprise to the scientific community.

When SpaceX launched its last batch of 60 satellites earlier this month James Lowenthal, Professor of Astronomy at Smith College told the New York Times the project could majorly complicate astronomical research. "It potentially threatens the science of astronomy itself," he said.

SpaceX was not immediately available for comment when contacted by Business Insider.