Elon Musk is itching to launch people to the moon and Mars with SpaceX, the rocket company he founded.

But SpaceX doesn't plan to use any of its existing rockets for that. Instead, it's working around the clock on a new launch system called Starship, which Musk thinks could lower the cost of spaceflight 100 to 1,000 times by being fully reusable. (The space-launch industry mostly relies on single-use rockets that crash back to Earth after launching a payload into orbit.)

In SpaceX's fervor to build a space-ready Starship, according to the managing editor of NASASpaceFlight.com, the company will "cannibalise" parts from its first plucky rocket-ship prototype, called Starhopper. That will in turn keep development of larger and more ambitious prototypes moving along.

Starhopper was never meant to fly into orbit, but rather to perform short "hop" flights. The first two of those experimental runs, in April and July, have helped test and refine the most essential element of Starship: its Raptor rocket engines. Musk has said the final Starship system, which will be about 400 feet tall, may use more than 40 of those engines.

Next week, SpaceX plans to perform what will likely be the final flight of Starhopper. The plan is to use one Raptor engine to launch the vehicle about 650 feet (200 meters) into the air, fly it sideways a bit, and land it back on its crude launchpad.

After that test - assuming it's successful - engineers will probably gut the ship, use its parts for other prototypes, and send its gleaming leftover hull off for display.

The race to build Starship SpaceX quietly began work on Starhopper in 2018 at the company's remote facility in South Texas, where it continues to develop a nascent launch site. Water-tower welders and engineers descended upon the location to build the vehicle out of steel panels. In January, he shared photos of a shiny Starhopper (though 50-mph winds later blew off its nose cone).

Starhopper's appearance was a surprise because, just months earlier, Musk had shown off large sections of a planned carbon-fiber launch system called Big Falcon Rocket. He later confirmed that plan would be scrapped, renamed the launch system Starship, and said the new version would be made out of steel.

Yusaku Maezawa, a Japanese fashion billionaire, plans to ride on Starship's first piloted voyage in 2023 with a hand-picked crew of artists - a private mission Maezawa calls "#dearMoon." To make that a reality, Maezawa is partially funding the system's development with an unknown sum.

First, however, SpaceX hopes to fly an uncrewed Starship prototype into orbit sometime in 2020, then launch its first full-scale commercial vehicle - a two-stage vehicle with a Starship rocket ship and "Super Heavy" booster - in 2021, according to Space.com.

Musk said he would present updates to the latest Starship design and its development program on August 24, after Starhopper's final flight.

Why SpaceX may gut its first Mars rocket-ship prototype

A couple of miles down the road from SpaceX's south-Texas launchpad, the company is finishing work on a vehicle called Starship Mark 1 (Mk1). The system is a bigger, more powerful, and more ambitious prototype than Starhopper,a and likely one that could orbit Earth.

Once completed, it will use three Raptor engines instead of one. With its nose cone in place, Mk1 may stand nearly 180 feet (55 meters) tall. 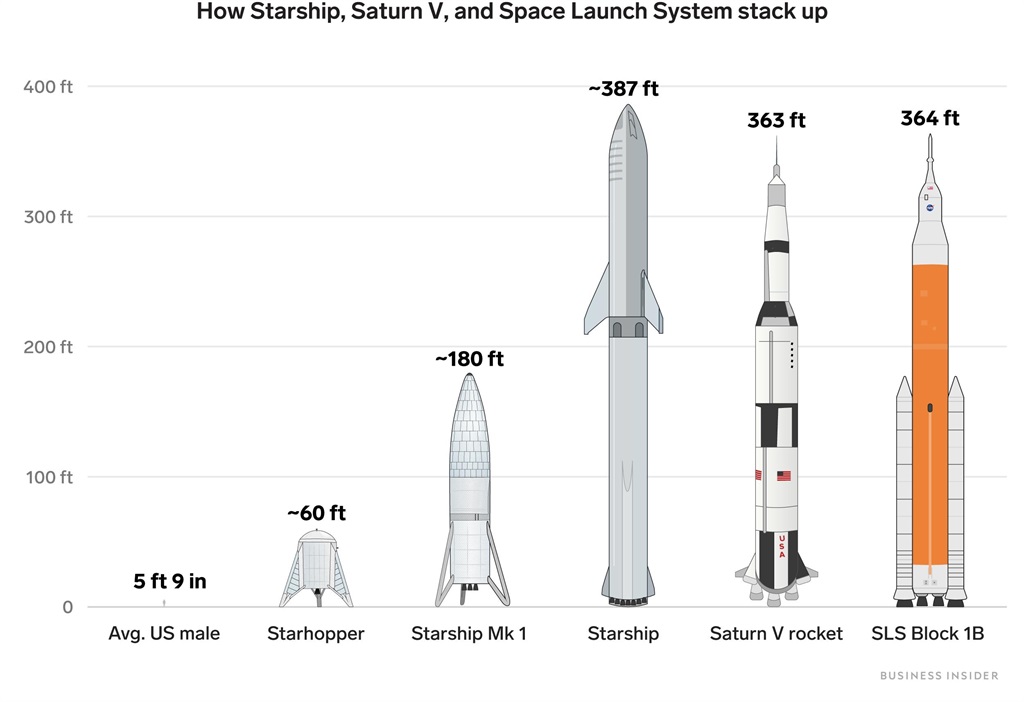 Chris Bergin, the managing editor of NASASpaceFlight.com, wrote in a post on Wednesday that SpaceX would retire Starhopper after its next flight and cannibalise its major parts for other prototypes. SpaceX declined to comment on the matter, but Business Insider independently confirmed that Starhopper's next launch would be its last.

"Hopper is set to be retired after the 200 meter hop. As a result it won't be moved back from the LZ [landing zone] - it'll be cannibalised for parts - as the pad will be prepared for Starship MkI. And that's where it gets really exciting," Bergin said, though he didn't cite the sources of this information.

He added that Starhopper's shiny outer hull will "likely" go on display at SpaceX's rocket-development facility in McGregor, Texas. The company did the same thing with Grasshopper - a prototype for its self-landing Falcon 9 rocket boosters.

Starhopper's last successful test launch sent Starhopper about 60 feet (18 meters) into the air on July 26. After that, Musk said the next flight would launch the vehicle about 650 feet (200 meters) high. Road-closure notices near the launch site suggest SpaceX will attempt that flight on August 12, 13, or 14.

Musk has said his upcoming presentation about Starship, which is planned for August 24, will be a "detailed review of the first orbital Starship, explaining the pros & cons of each design decision."

"We should have Starship Mk1 with 3 Raptors almost ready to fly by then," he tweeted on August 3.

Starship Mk1 is not the only prototype SpaceX is building that might reach orbit. The company also has a build site in Cocoa, Florida (not far from its launch sites at Cape Canaveral). Musk has described the Florida and Texas sites as being in a friendly competition to develop the best way to get new prototypes - Mk1 and Mk2 - to orbit.

"Progress is accelerating," Musk tweeted in August, exponentially so, he later added.

"Great progress by Starship Cape team. Started several months behind, but catching up fast. This will be a super fun race to orbit, moon & Mars!" Musk said. An illustration of SpaceX's upcoming Starship spaceship (left), Super Heavy rocket booster (right), and an integrated Starship-Super Heavy launch system (center).
© Kimi Talvitie
It's unlikely that the Mk1 or Mk2 prototypes will have a full heat shield, if any, but one is necessary to protect orbiting spacecraft from scorching-hot plasma generated during a return to Earth. Engineers at SpaceX are experimenting with heat shields that should appear on a follow-up prototype, though.

Musk was initially excited about a "bleeding" system that'd ooze liquid through tiny pores to cool Starship during atmospheric reentry. However, his latest statements suggest the company will instead use thin thermal tiles to protect the vehicle.

Musk said in July he hoped to launch an uncrewed Starship to the moon in 2021, possibly as a way to woo NASA to use the system in its Artemis program - the space agency's plan to return humans to the lunar surface in 2024.

"More power to him. I hope he does it," Jeff DeWit, NASA's chief financial officer, recently told Business Insider. "If he can do it, we'll partner with them, and we'll get there faster."

NASA announced on July 30 that it's working with SpaceX to develop in-orbit refueling technologies, which is an essential step to get Starship to moon or Mars.

"Orbital refilling is vital to humanity's future in space," Musk tweeted after the partnership was announced.