Why are SpaceX and Blue Origin fighting over NASA's lunar lander contract? 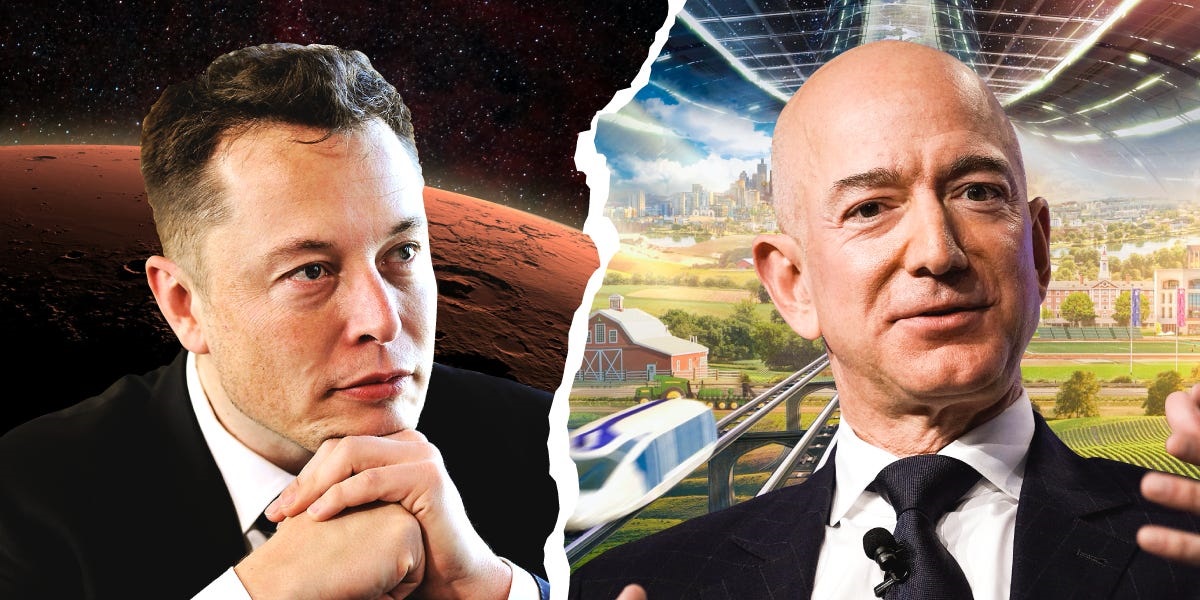 Blue Origin recently filed a lawsuit with the US Court of Federal Claims protesting NASA awarding SpaceX a R33.6 billion contract to help return astronauts to the moon. While the details of the complaint are sealed, they broadly allege that NASA improperly evaluated the proposals submitted for the Human Lander System (HLS) program. The suit comes two weeks after the Government Accountability Office rejected Blue Origin's claims that the contract was unfairly awarded solely to Elon Musk's SpaceX, and has resulted in SpaceX pausing work on the HLS program until at least November 1st.

At first glance, the legal battle and public fighting between Blue Origin's founder Jeff Bezos and SpaceX's Elon Musk seem like another chapter in the bitter rivalry between Elon Musk and Jeff Bezos in an ensuing "billionaire space race." But as tempting as it is to lump these companies together, Blue Origin and SpaceX are more different than they are alike. Understanding these differences are key to knowing why each company is vying for the coveted NASA contract.

Elon Musk wants to retire on Mars, Jeff Bezos wants you to work in space

While it's fair to say SpaceX is ahead of Blue Origin in terms of technological development, pitting the two companies against one another oversimplifies the situation: Blue Origin and SpaceX have very different goals.

"Elon Musk wants to retire on Mars," said Laura Forczyk, founder of space consulting firm Astralytical. To that end, the billionaire founder of SpaceX has promised that his company would land humans on Mars by 2026. According to Forczyk, SpaceX's investment in reusable rockets like the Falcon 9, is indicative of their ultimate goals of long-distance interplanetary travel.

In comparison, Bezos started Blue Origin because he wants, "millions of people living and working in space," said Forczyk. Jeff Bezos has described his vision for space being inspired by Princeton physics professor Gerard O'Neill, where vast colonies aboard cylindrical space stations rotate above the earth sustained on resources mined from the moon and other celestial bodies.

The two companies are at very different stages in their growth

Despite both companies being founded in the early 2000s - Blue Origin in 2000 and SpaceX two years later -they have had very different trajectories. Blue Origin made headlines earlier this summer for conducting its first crewed suborbital space flight, 105 miles above the Earth surface. SpaceX on the other hand, skipped the suborbital phase, and moved straight to launching astronauts into orbit over the last year.

This difference in milestones can also be attributed to how both companies secure their funding. While Jeff Bezos has personally funded Blue Origin since its inception, SpaceX relies on government and commercial contracts. Projects like the Falcon 9 or Starlink, the company's high-speed satellite internet service, are key revenue streams for the company. Since the Falcon 9's first launch in 2011, it has become the go-to rocket for government and commercial payloads.

Meanwhile, Blue Origin's private funding has allowed them to be opaque about their near-term plans. While the company is commonly associated with space tourism, this isn't their primary goal. Instead, according to Forczyk, Blue Origin's latest hiring indicates a push towards engineering tools for resource extraction and developing commercial space stations - bringing the company one step closer to fulfilling O'Neill's vision.

So why is Blue Origin upset about SpaceX winning the NASA contract?

While vying for government contracts is integral to SpaceX's business model, Blue Origin's legal challenges may at first seem peculiar considering the company is funded by the world's richest man. But Bezos is still conservative in how he uses his personal funds: "Jeff Bezos hasn't been putting in the funding to really accelerate the programs they're working on," explained Forczyk.

By securing these lucrative NASA contracts, Blue Origin could receive the funds to hasten development of the tools that'll help the company achieve its vision of living and working in space. "In the background, [Blue Origin] is working on stuff they're not talking about publicly," said Forczyk. "If they can get NASA funding to help along the way to develop their technologies, I think they will."

Blue Origin had its sights set on the HLS contract for years. The company even won a majority of NASA's funding for human-related lunar landers, and seemed to be the frontrunner for the HLS contract. Losing the contract was a big blow to Blue Origin, both in terms of what we know about their goals, but also because of the projects they haven't disclosed to the public.

For NASA, it was too expensive to fund multiple spacecrafts, a decision the GAO upheld. But this isn't going to stop Blue Origin from fighting for a seat at the table. It's unclear whether the legal challenge will be successful, but Blue Origin has invested a lot in its lunar lander program. The lawsuit is a last-ditch effort to make something of it.