South Korea and Japan are having their own trade war, and it's gotten so bad that some South Korean gas stations are refusing to refuel Japanese-made cars South Korean gas stations are refusing to refuel Japanese cars in the latest escalation of the two countries' new trade war, which comes after decades of political and economic tensions.

Those tensions exploded to the surface on July 1, when Japan placed export restrictions on three key high-tech materials - fluorinated polyimide, photoresists, and hydrogen fluoride - on which South Korea relies to make semiconductors and display screens for its booming electronics industry.

Tokyo also plans to remove Seoul from a whitelist of nations that face minimum trade restrictions. 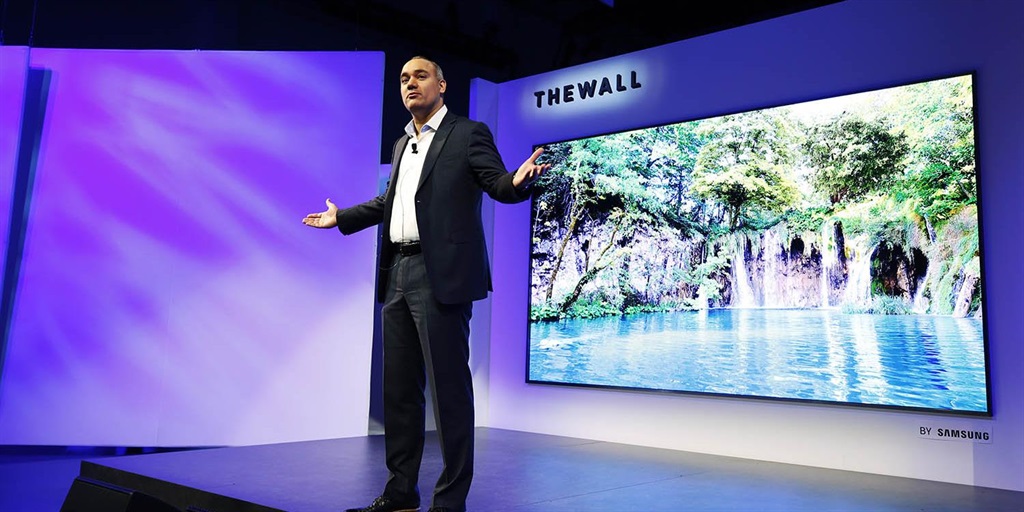 One of Samsung's new products is a 219-inch TV called "The Wall," which uses display technology known as microLED. Production of this TV could be affected by Japan and South Korea's trade dispute.
Samsung

Sung Yoon-mo, South Korea's industry minister, told reporters on Tuesday according to Reuters: "It is a very grave matter that shakes the foundation of South Korea-Japan economic partnership and Northeast Asian security cooperation that has been maintained and developed for more than 60 years."

"Removal of South Korea from the white list of countries is against international norms and we are worried about its serious negative impact on global value chains and free trade," he added.

He also warned dozens of executives from companies including Samsung, Hyundai, and Lotte that this trade war could last for a long time, Bloomberg reported.

Japanese and South Korean officials met for five hours on July 12 in an effort to ease tensions, but failed to achieve a breakthrough, The Japan Times reported.

US President Donald Trump offered to help end the impasse last Friday, Reuters reported, but no US intervention is yet to occur.

Seoul now plans to report Tokyo to the World Trade Organization at meetings on Tuesday and Wednesday, and says it is considering suing Japan over alleged unfair trading practices, The Japan Times said.

Tokyo denies those allegations and says any wrongdoing is Seoul's.

Many South Koreans have since vowed to boycott Japanese products, and called on gas station operators to stop refueling Japanese cars, The Korea Times reported. Some of them have complied, with one owner telling the newspaper that whenever he saw a Japanese car he saw "a Japanese flag."

Observers say, however, that these boycotts are just harming Koreans rather than the Japanese government.

"The victim of the gas stations refusing to fill up Japanese cars isn't the Japanese government but the car owners," The Korea Times quoted South Korean online news outlet E Today as saying.

"If people don't use gas stations, the victim is not the Japanese government but the gas station owners," it added.

"Butt Detective: The Movie," a Japanese anime film based on a series popular in South Korea, also suffered at the box office after its July 11 release, The Hankyoreh reported.

The movie also received multiple negative reviews, many of which said that Koreans shouldn't watch Japanese films, The Hankyoreh noted.

Last week a 78-year-old South Korean man died of self-immolation outside the Japanese embassy in Seoul. Police said he set fire to himself because of "his hostility against Japan," according to Agence France-Presse. Japanese anime film "Butt Detective: The Movie" suffered at the South Korean box office amid the two countries' trade dispute. The film is about a detective whose head is shaped like a butt.
Toei Animation/YouTube

100-year-long tensions bubbling under the surface

The two countries have had an uneasy relationship since 1910, when Japan forcefully colonised the Korean Peninsula - which at the same was still unified - and ruled it with an iron fist.

During World War II, Japan - which was still controlling Korea - forced millions of Koreans to become laborers to support Japan's military ambitions, and conscripted tens of thousands as soldiers.

Though Tokyo and Seoul normalised diplomatic relations in 1965, their relationship remained uneasy.

Last year, after a South Korean court ordered Japanese firms to compensate Koreans who were forced into wartime labor, many Japanese firms - including Mitsubishi Heavy - refused to comply, viewing it as an erosion of trust between the two countries' relations.

The Japanese government says the 1965 treaty settled all colonial-era debts, while many people in South Korea argue they had no choice but to accept it at the time, Pomona College Professor Tom Le wrote in The Washington Post this week.