It costs only R18 for a 350 ml bottle and is available at selected Tops at Spar liquor stores in Gauteng and KwaZulu-Natal, Graeme Bird, co-founder of Poison City brewing, said. Cape Town will get the beers early next week

The 4% alcohol beer doesn't contain tetrahydrocannabinol (THC), the psychoactive component of dagga, but uses hemp oils to give the beer its distinctive taste.

“It will, however, make you happy with its unique crisp flavour and easy-drinking vibes,” Bird said. 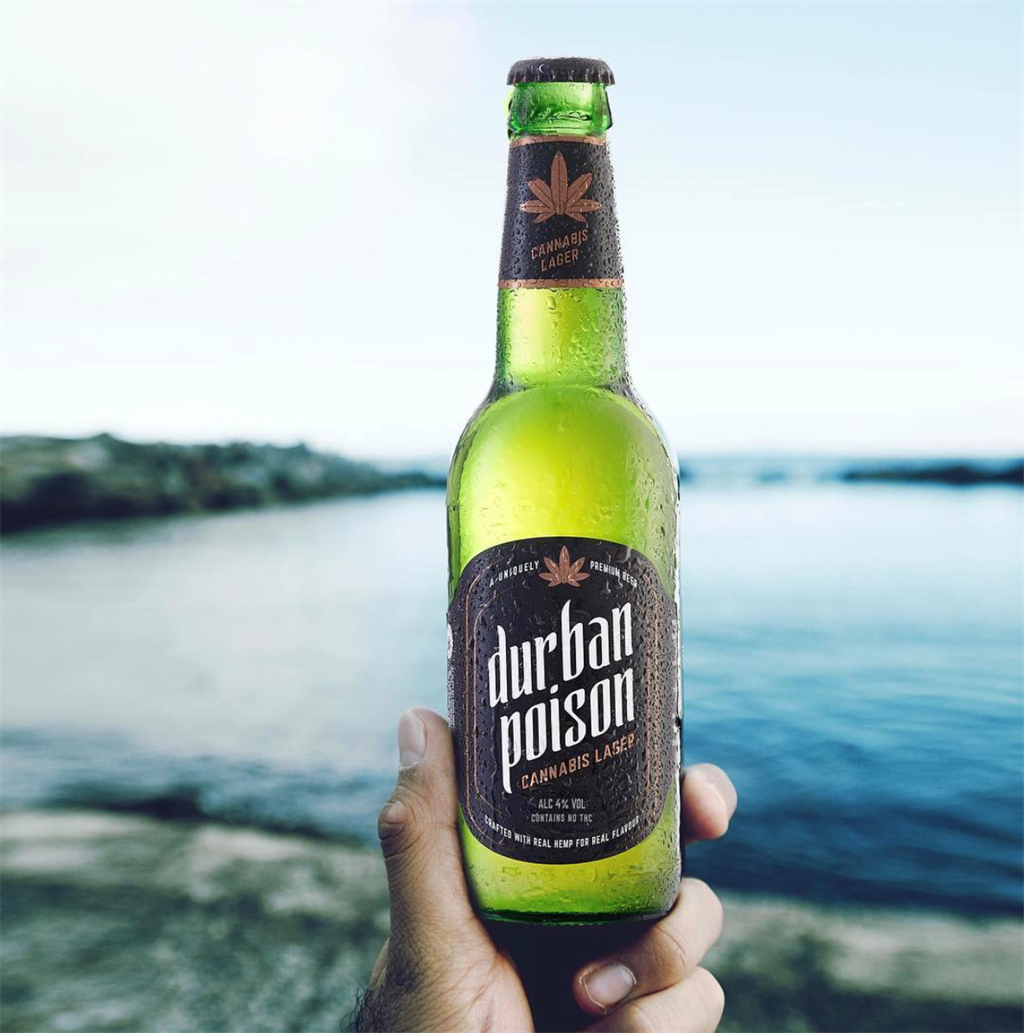 READ: Smoking dagga is being decriminalised, but you can still be fired for it – maybe

“People said we had an in with the chief justice,” Bird said jokingly.

He, however, clarified the use of hemp in production was legal in South Africa before the constitutional ruling.

The beer is named after Durban Poison, a popular dagga strain.

READ: Heineken is betting on a brew made with marijuana instead of alcohol, and it could help give a boost to the struggling beer industry

Other than Durban Poison, the company also produces The Bird, a lager, and The Punk Rocker, an ale.

Bird said they specifically positioned the beer to be accessible to the larger South African public.

“South Africans have an appetite (for) craft beers and this lager is developed specifically for that easy-drinking market,” he said.

Related Links
Dagga makes you want more sex, not less — and it might even make you enjoy it more
A South African food logistics company is trying to get a licence to grow dagga in the UK
Smoking dagga is being decriminalised, but you can still be fired for it – maybe
Next on Business Insider
13 benefits of sex that can improve your mental and physical health