The increase in the petrol price can be attributed to the weak rand, which declined from around R8 to the US dollar in 2010, to R14 today, as well as higher taxes. 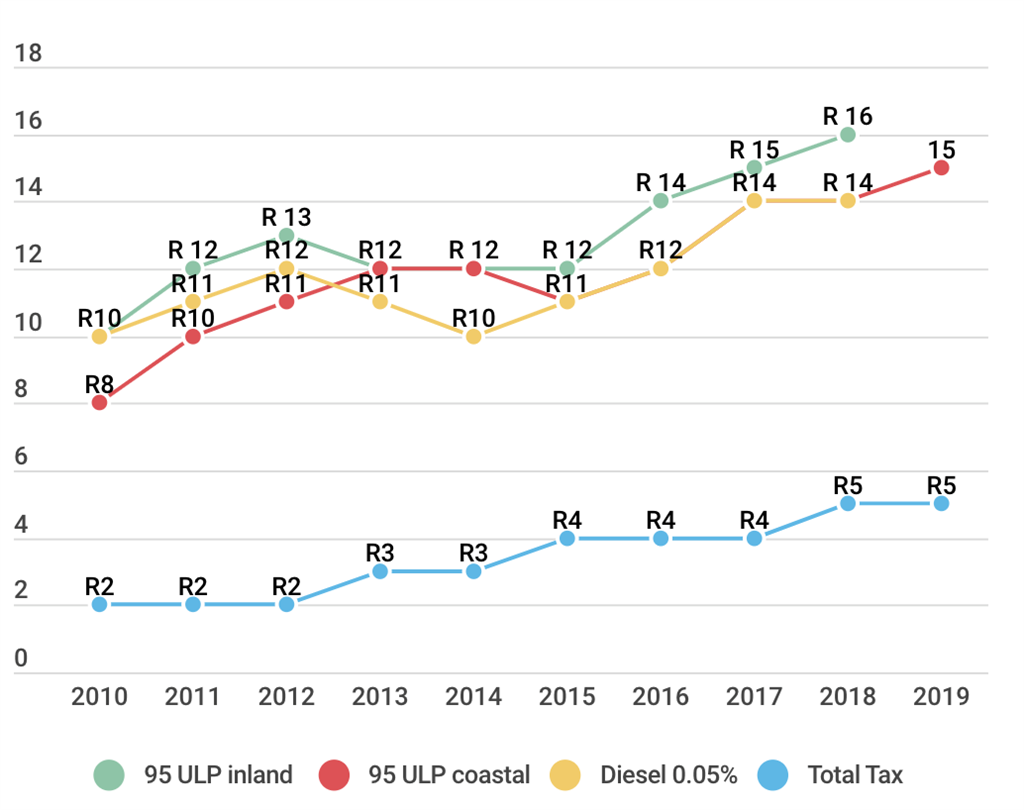 The inland petrol, coastal petrol, and diesel prices the past ten years compared to the total tax added.

The inland petrol, coastal petrol, and diesel prices the past ten years compared to the total tax added.

However, when levies and other handling fees are included, roughly 60% of the South African petrol price is not related to the price of the fuel itself.

If the fuel price was pegged to inflation, the coastal petrol price would’ve been R12.48 today, and the diesel price R11.34. The actual petrol and diesel price compared to what it would've been if it was adjusted for inflation.