South Africans believe they are less safe than people in Palestine and Libya, study finds South Africans feel their country is more dangerous than occupied Palestine and war-torn Libya, and is the sixth most dangerous nation in the world, a new study found.

The 2018 Gallup Law and Order report found that only people in Gabon, South Sudan, and Afghanistan believed their nations were more dangerous than South Africa. Venezuelans believed their country was the most dangerous.

“Gallup sees strong relationships between people’s answers to questions about their own security and their own experiences with crime and law enforcement and external measures related to economic and social development,” the report says. 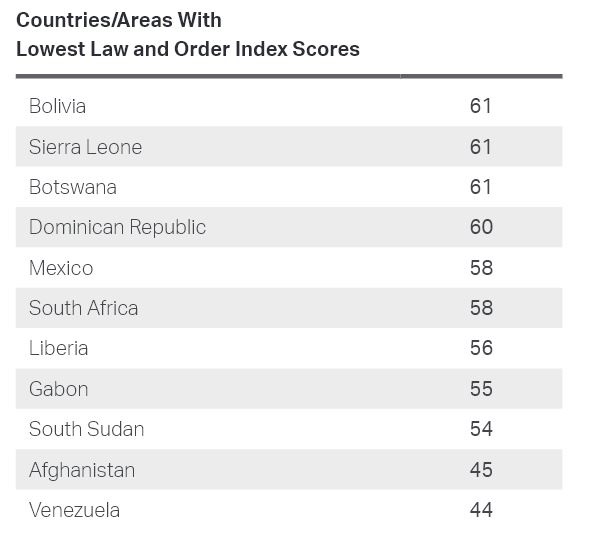 The report’s findings are based on interviews with 148,000 people in 142 countries, asking them:

Singapore, Norway, and Iceland were rated as the safest in the world by their inhabitants. The 2018 Global Peace Index, which included metrics such as economic growth and military intervention, found that South Africa is actually the 38th most dangerous country in the world.

South Africa was one of 75 countries where the peace index improved, compared to 85 countries where it deteriorated. Syria, Afghanistan, and South Sudan were highlighted as the world’s most dangerous countries, and Iceland, New-Zealand, and Austria as the safest.