It is a one-of-a-kind hardcore hub where gamers can play on R60,000 computers, drive on the top car-racing rigs, rent out a streaming studio, and explore virtual reality.

The ATK Arena is the brainchild of Warren Barkhuizen, a former hedge fund investor who targeted esports as a potential investment opportunity. He spent a year looking for a space to rent, because no one believed his concept could make money – until he managed to sign a 6-month lease and open the ATK Shack, a smaller proof of concept store.

With R2 million worth of gear, the Shack version showed the model worked. Slow internet connections, long distances to servers, inferior equipment, and the need for a consistent competitive environment are some of the barriers Barkhuizen wants to knock down.

“The main motivating factor was when I looked at where teams are housed, there was nothing on the African continent like this. Teams have physically had to move out of South Africa in order to compete on the global arena. It tells you there’s a foundation issue here. LANs are no better than what I did 15 years ago when we would whack together a server in our digs and go for it.” 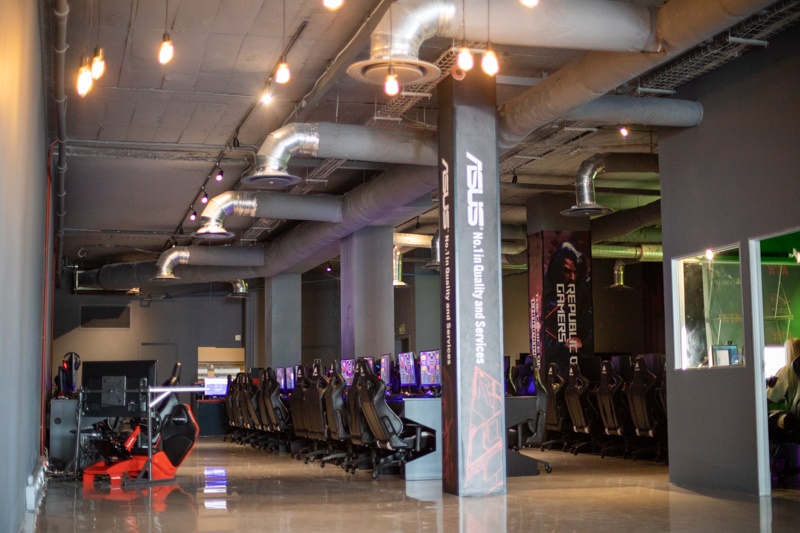 Barkhuizen wants the Arena to become the home base for local epsorts teams to practice and compete.

It’s also backed on to the idea that kids don’t want to lug their heavy rigs to LANs anymore, which can be quite a mission if you are serious about your gaming.

"The social impact is pretty cool to see. We had two kids come meet up here for the first time after playing online together for two years."

The venue is proving to be so popular even the parents are getting in on the action and starting to play games for themselves.

"One or two moms would come and say they weren’t into games and they were only for kids. We encouraged them top try, and the next thing you know they’re sitting there swearing at the monitors and getting more into the game than their kids."

Business Insider South Africa visited the lounge to see all the gear in action.

The lounge has 60 hardcore gaming desktop PCs worth over R60,000 a piece. Each computer has a top-of-the-line Corsair T1 Race gaming chair, ergonomically adapted for long stints in front of the monitor. You pay a R20 entrance fee, and thereafter pay R80 per hour on a computer. The price gets cheaper the longer you play, and there are monthly memberships available for regulars. Much like old-style arcades, the computers log you off once your time is spent – so there is not point to begging to play just 10 minutes longer.

There is a gym where esports teams can train to keep in shape, and kids can play too.

Perfect if you need a break from staring at a screen for hours.

The most popular game is Fortnite. It is so popular ATK now offers special Fortnite-party packages. A Fortnite party will set you back R1,500 for up to five kids, and R250 per each kid after that. The package comes with two hours of game time, a half-hour session in the gym, and if you want, they know a guy who can make you a Fortnite-themed cake at an additional cost.

For the streamers there is this green screen studio to rent. 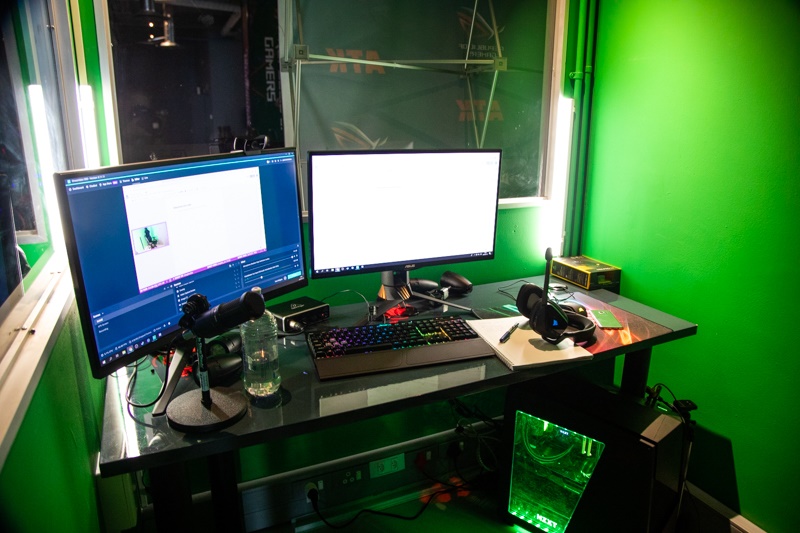 Local streamers get access to a soundproof room equipped with a Corsair-sponsored Elgato sound studio. Prices have not yet been published as yet. Streamers like Olivia Siegelberg can help newcomers learn how to use the equipment and cast like a pro.

South African vlogger and competitive esports player Julia 'Bish' Robson used their studio over December and said it is the coolest esports arena in Africa.

Next to the computers is a lounge where parents and kids can watch esports on a projector. Watching competitive esports is getting even bigger than playing it, and this is a great place to enjoy it.

There’s a tuckshop to stock up with plenty of Redbull, and this snazzy coffee machine that serves up a mean cappuccino. 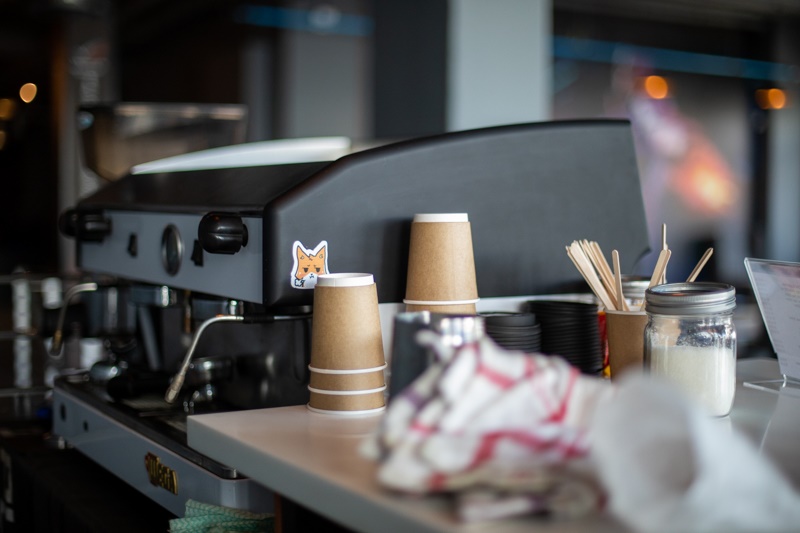 ATK has also partnered with a local Hudson’s The Burger joint that delivers food right to the lounge.

The lounge can be converted into an arena for LAN competitions. It has also been used for informal sleepovers during overnight LANs. The couches proved to be very comfy.

For FIFA fans there are three Xbox consoles linked to 4K televisions... ...and there is this car-racing rig, which they plan to turn into a VR Formula 1 racing experience. ATK is located in the Stadium on Main shopping centre, right next door to shopping mall Cavendish. The entrance is located on the first floor, by the car garage. Photo Jay Caboz.

Perfect for parents to leave their kids to their own devices, while they go shopping.

Related Links
Free game 'Fortnite' made more than R6.3 billion on just Apple devices in 2018, according to a...
Amazon is reportedly building a Netflix-like service for video games
This is the world's most popular gaming console, with over 91 million sold
Next on Business Insider
Google's Russian unit will file for bankruptcy after authorities seized its bank account, reports