A new report into South Africa's super rich, compiled by New World Wealth, found that more than a quarter of them studied law.

Almost a third of SA’s 38,400 dollar millionaires made their money by working at financial or law firms, the report found. South Africa’s dollar millionaires have net assets of $1 million or more, which include all their assets (property, cash, equities, business interests) less any liabilities. Some 2,030 have net assets of more than $10 million.

As recently as 2017, there were 43,600 dollar millionaires in South Africa, but emigration, the weak rand as well as a limp performance of the JSE and local property values contributed to the decline.

The report expects that wealth should decline further in the next year “due to the expected impact of the coronavirus on stock markets, the rand, salaries and general business opportunities in SA. All major sectors are expected to be negatively impacted”. The JSE's all share index is now down more than 17% from a year ago.

According to its research, a law degree was the last qualification that 27% of millionaires achieved: 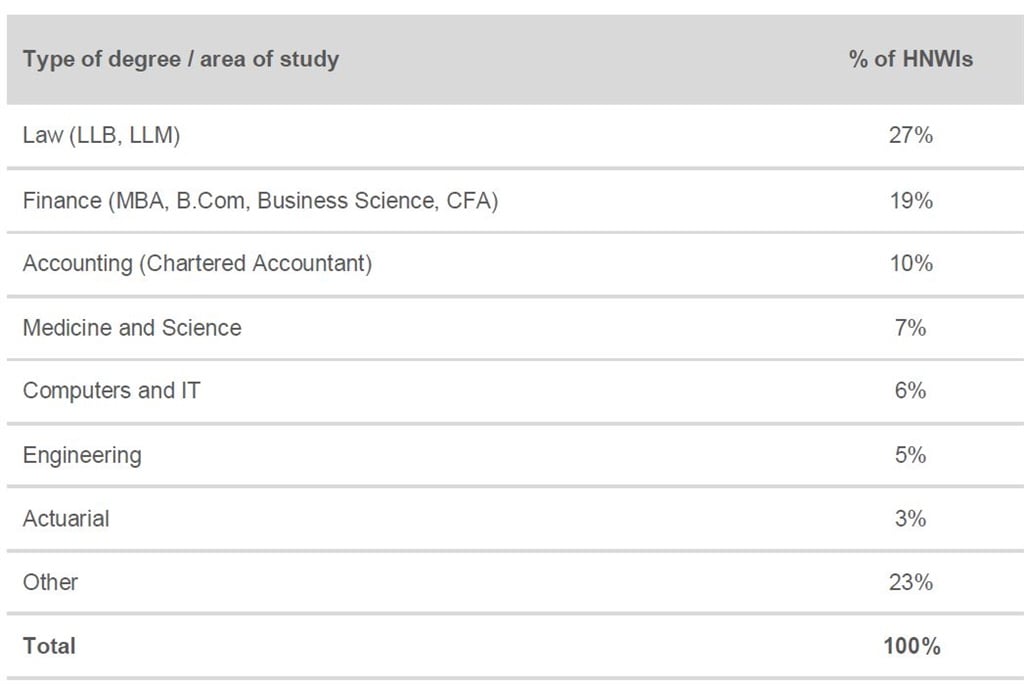 When it comes to how they made their money, almost a third earned it in financial and professional services – which include banks, law firms, consulting firms, fund managers and wealth managers. A decade ago, this percentage was 25%. Almost a fifth of the group went to the University of Cape Town: 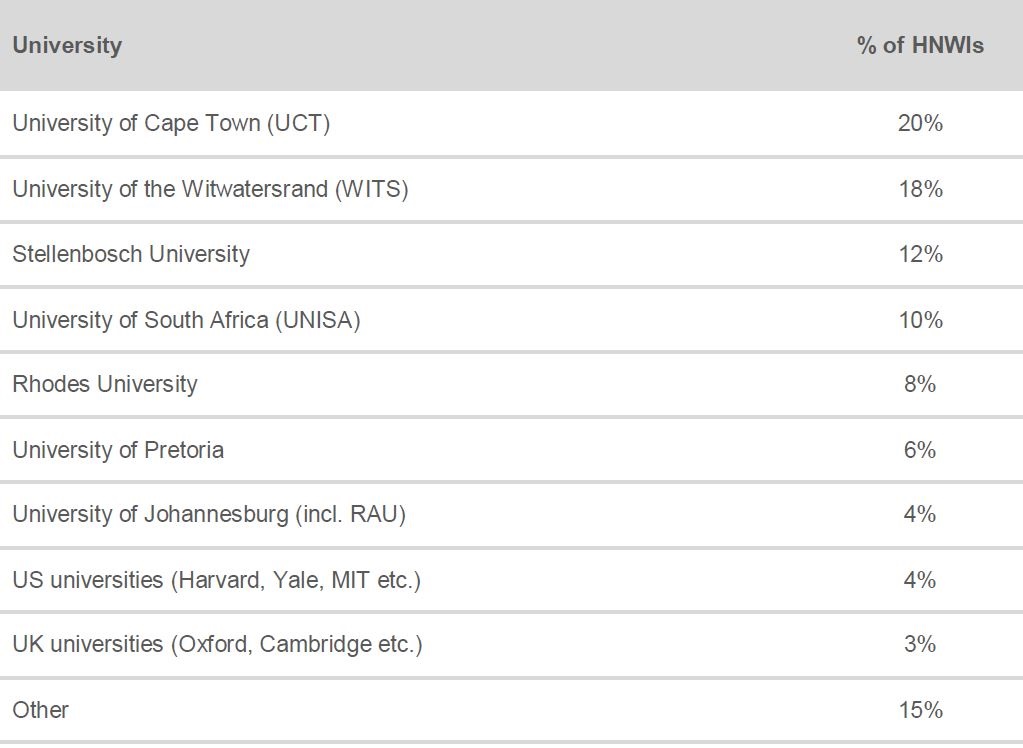