Cheetahs from South Africa and Malawi have been successfully rehomed in the Zambeze Delta of Mozambique in what has been described as the "second largest move and release of wild cheetahs across an international border in history."

It's estimated that fewer than 7,000 African cheetahs are living in the wild today, with the population halving over the past four decades. This decline has been especially noticeable in Zambezi Delta, where cheetah sightings were common until about 1970. Prior to the recent relocation, the area's cheetah population was non-existent.

"In the past century, the wild cheetah population declined from approximately 100,000 individuals to just around 6,700 globally and zero in the Zambeze Delta," says Dan Cabela, director of Twelve Cheetahs and executive director of the Cabela Family Foundation.

The Cabela Family Foundation, founded by married couple Dick and Mary Cabela to promote wildlife conservation, has played an important role in restoring the Zambeze Delta's natural ecosystem which had been decimated by civil war.

In 2018, the Cabela Family Foundation, together with Zambeze Delta Safaris and Ivan Carter Wildlife Conservation Alliance, successfully rehomed 24 lions in the 4,500-square kilometre Coutada 11 block of the Marromeu Complex in eastern Mozambique.

These lions were obtained from South Africa, in collaboration with Tembe Elephant Park and Makalali Private Game Reserve, before being flown out of Kruger International airport. 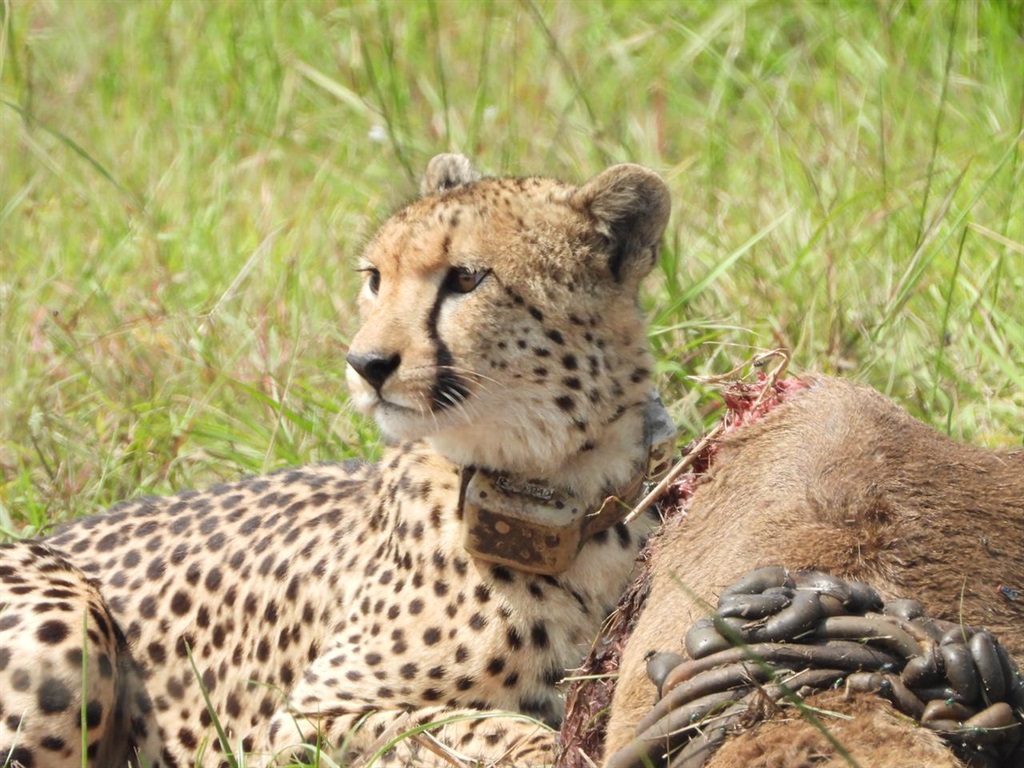 "By reintroducing cheetahs to Coutada 11, we have potentially expanded the wild cheetah range by 30%. When you can reintroduce a species to an intact and vast ecosystem while also expanding the potential range of that species, it positively impacts wildlife conservation," says Dan Cabela. It's estimated that the project will increase the cheetah population to as many as 100 within 15 years, according to Willem Briers-Louw, scientist and a member of the Twelve Cheetahs team. The lions released in 2018 have already tripled their population numbers.

All the cheetahs are fitted with tracking collars which allow for GPS monitoring by a group of on-the-ground zoologists, wildlife experts, and conservationists. A helicopter is on standby to be dispatched in case of a poaching emergency, injury, or birth. The Cabela Family Foundation will fund the project for at least another year, with a keen focus on anti-poaching efforts.

"Since 2018, our anti-poaching unit (APU) has become more effective by using the integration of the Spatial Monitoring and Reporting Tool (SMART), a system that enables the collection, storage, communication, and evaluation of data," says Mark Haldane, owner of Zambeze Delta Safaris.

"Information about poaching activity is immediately relayed to the research team, who will ensure the animals are not caught in snares or traps. If an animal is trapped, the area is patrolled, and all snares and traps will be removed." Another potential stumbling block for the project's success is the fact that lions do hunt cheetahs and "there is no guarantee" that there won't be any conflicts, according to Dan Cabela.

To minimise this risk, a cheetah boma was constructed far from the lion range. Additionally, the selected cheetahs have coexisted with lions in the past. There's also enough food – in the form of hoofed mammals and smaller bodied prey – to sustain both the lion and cheetah population in Coutada 11.

"Many species of hoofed mammals have flourished to the incredible numbers the delta holds today. The ecosystem is thriving more than ever, which is why the reintroduction of the cheetahs as an additional apex predator makes sense," says Dan Cabela.