These are the three ways SAA could go bust 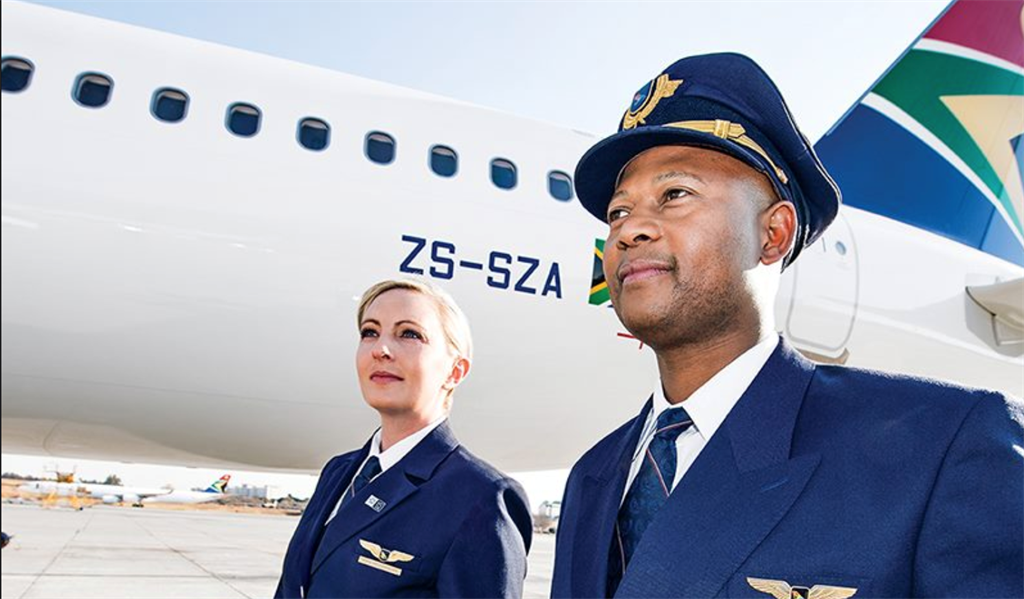 An estimated 3,000 of South African Airways' (SAA) 5,000 employees embarked on an unprotected strike on Friday, effectively bring the state-owned carrier to a standstill.

Unions are demanding an 8% wage increase, and that SAA provide job security, after announcing on Monday that it plans to lay off up to a fifth of its staff.

On Wednesday, SAA told Parliament's Standing Committee on Public Accounts that it is “technically insolvent” and need to R2 billion by the end of the month for working capital.

The embattled airline has made a loss of R28 billion in the last 13 years, and for the second year running failed to submit its financial statements.

In October, the National Treasury said: "In its current configuration, SAA is unlikely to generate sufficient cash flow to sustain operations.”

Also read: Bruce Whitfield: I took one of the last SAA flights - before the strike changes everything

Finance minister Tito Mboweni is also eager to get rid of SAA, which he believes is a luxury the South African state can’t afford. He has repeatedly said he would rather use the money it would take to keep SAA flying to instead boost public transport, including the taxi industry.

Conveniently for Mboweni, if SAA goes bust after this week’s strike, the unions will seem to be the ones with blood on their hands.

Here are the three most likely ways SAA could disappear as a national carrier – and the one way it could survive in its current form.

SAA could miss a bond payment and be forced into liquidation – and the state will probably still have to pay up.

SAA has an estimated accumulated debt of over R20 billion, of which the government has committed to pay R9.2 billion over three years.

If SAA is unable to restore operations, or unable to get the R2 billion in working capital it needs, it will likely default on payments to its current creditors.

This will trigger demands from creditors that it immediately repay large sums of money, said Peter Attard Montalto, head of capital markets research at Intellidex.

That amount – obligations that would have to be settled effectively immediately, will run to some R40 billion, SAA board member Martin Kingston told Parliament on Wednesday.

That could force SAA into liquidation, said Tony Leiman, associate professor in economics at the University of Cape Town. But because most of SAA's planes are leased rather than owned by the company, he doubts selling off its assets will do much to cover those debts.

Even though the state is technically only on the hook for the SAA debt it has guaranteed, it will likely ensure that other creditors are paid off too, Lieman said.

“If the state allows SAA to default without creditors receiving their money back, it will reduce the willingness of creditors to extend credit to other state-owned enterprises which can, for example, worsen the situation at Eskom,” Leiman told Business Insider South Africa.

He said creditors who extend credit to several state-owned enterprises could also demand their money back if they lose money at SAA.

The SAA board could apply for business rescue – and would then likely be sold for parts.

Instead of defaulting, SAA’s board could apply to have the airline placed under business rescue, which will give it some leeway in repaying debts, Intellidex’s Montalto said.

This would temporarily place a moratorium on creditors' rights to claim property or possessions from the company while a rescue plan is developed to restructure the business.

But the end result would likely be SAA broken up into parts that can be sold separately to different new owners. The state will likely attempt to keep SAA Technical, the airline's maintenance unit, and low-cost carrier Mango, in a bid to save jobs, but the rest of its operations would likely be sold.

If that were to happen, other carriers would step in to fill the void left by SAA – except when it comes to pointless routes flown for political reasons, Montalto believes, some of which have already been closed down.

The government could find a buyer for SAA – if the price is right.

Both sides of a potential privatisation are at least theoretically on board. During his MTBS last month, Mboweni said the state is talking with potential investors to become an equity partner in the airline, and last week Virgin Atlantic founder Richard Branson said his airline would be open to buying an equity stake in struggling SAA.

Whether unions and other political players allow privatisation would remain to be seen, but a takeover by private equity makes sense, says University of the Witwatersrand school of governance professor Pundy Pillay.

“When it comes to public goods such as electricity, the state has an argument to bail out Eskom, which also has to provide electricity to the poor,” Pillay told Business Insider South Africa.

“The arguments hold water because Eskom’s failure directly affects the poor, but how does the government justify this when it comes to bailing out an airline which serves a few?”

Pillay said that a carrier such as Etihad Airways – which was in talks to partner with SAA in 2018 – would be better placed to manage the airline and exploit its competitive advantages.

“SAA still has control over several lucrative routes and has a vast qualified staff which will surely not be a bad proposition for a big airline at the right price,” he said.

Or there could be another government bailout, leaving SAA much the same, though with fewer employees.

In his medium-term budget statement (MTBS), finance minister Mboweni was very clear: there will be no more bailouts or equity deals for state-owned enterprises, only loans they will have to pay back.

But not everyone believes that.

There is "political motivation to try and address the airline’s operational problems, and aim to keep doors open", professor Nicola Viegi from the University of Pretoria’s economic department, told Business Insider SA.

“I, therefore, think there is a very low chance that the state will liquidate SAA and allow it to be closed down.”

Instead, he believes the state will provide SAA with another bailout to implement its planned restructuring, which triggered the strike.

In that scenario workers may not get the increases and guaranteed jobs they are demanding – but could see voluntary retrenchment payments more generous than would be required by law.