News24 on Monday morning reported that finance minister Nhlanhla Nene had asked President Cyril Ramaphosa “to relieve him of his duties” over the weekend.  It's understood the minister offered to resign during a phone call to Ramaphosa.

This followed Nene’s admission at the Zondo Commission into state capture that he met with the Gupta family at various times while he was deputy minister, and minister, of finance.

Contradicting his previous comments that he only bumped into the Guptas “at public gatherings once or twice”, Nene admitted that he visited their Saxonwold compound four times. This was part of his efforts to “engage with different stakeholders in the economy”.

One of the visits took place even after National Treasury undertook to investigate the Gupta family for the Vrede dairy farm deal with the Free State government.

“Part of my duty as a public office bearer is to meet fellow South Africans and other stakeholders when they request to do so. However, I was wrong in meeting the Guptas at their residence and not in my office, or at least a public place. I should also have disclosed early, and fully, the details of these meetings, in particular those that took place in Saxonwold,” Nene said in a statement following his testimony.

A further revelation has added to pressure on Nene: the Mail & Guardian and amaBhungane reported that his son, Siyabonga Nene, asked the Public Investment Corporation to finance a huge investment in Mozambique. While the deal was not for Nene Junior's own benefit, the PIC went to great lengths to assist his business partner.

Should he accept Nene’s offer to fall on his sword, Ramaphosa, who also needs to announce a new environmental affairs minister following the death of Edna Molewa, could use the occasion for a cabinet reshuffle.

He could move public enterprises minister Pravin Gordhan back to his old position as finance minister, but this is unlikely: Gordhan has his hands full with parastatal chaos. Also, the public enterprises director-general Richard Seleke has just resigned. A medical doctor, he became the longest serving provincial health MEC in the country after a decade in that position in KwaZulu-Natal. In 2009, he became premier of the province, and resigned in 2013. He was briefly considered a presidential candidate and, given his home province, his appointment could be politically expedient.

But a cabinet outsider, Gauteng finance MEC Barbara Creecy, could be appointed instead, according to reports picked up on by News24. Bloomberg also reports that Creecy is being considered by the ANC’s top six as a potential finance minister.

Creecy was elected to the Gauteng Provincial Legislature in 1994, and has served as MEC for education, as well as for sports, recreation, arts and culture, before getting the finance portfolio four years ago.

During her term, she implemented an open tender system in 2016, which has reportedly saved R1.2-billion in irregular expenditure.

Mcebisi Jonas is also a top contender. Bloomberg reported Jonas was considered to be a frontrunner. Jonas also met with the Gupta family at their Saxonwold house, but at least he claimed to refuse R600,000 in cash (and a further offer of R600 million) to become finance minister during that meeting. Ajay Guptas has denied this.

Jonas was axed as deputy finance minister by former President Jacob Zuma during a midnight cabinet reshuffle in 2017. These days, he serves as MTN director and as an investment envoy for Ramaphosa.

He has strong struggle credentials. He became an activist in his teenage years and then, after obtaining a higher diploma in education at Rhodes University, completed military training in Angola and Uganda for the ANC’s armed wing, Umkhonto Wesizwe (MK). During this time, he was employed by the United Nations to run an education programme for the young soldiers.

Jonas is also the former chairperson and non-executive director of the Public Investment Corporation. 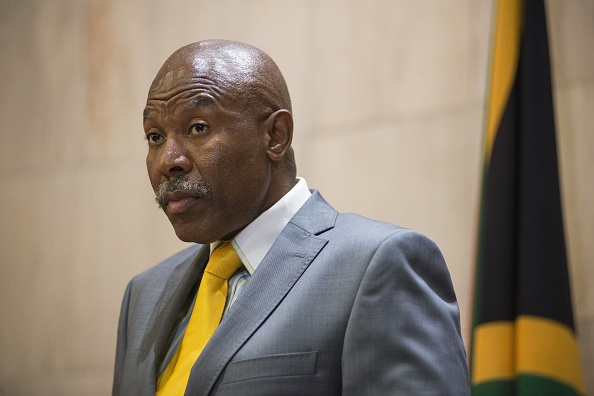 According to the Bloomberg report, the Reserve Bank governor was one of the names mentioned for the post.

Kganyago holds a BCom from Unisa and a Masters in Development Economics from the University of London, obtained in 1994. Two years later, he joined National Treasury. He served as director-general until 2011, when he joined the SARB as deputy governor. He was appointed governor by Zuma almost exactly four years ago.

During his term, he refused to budge under pressure amid calls for nationalising the central bank. Kganyago also successfully challenged an attempt by the Public Protector Busisiwe Mkhwebane to change the regulator’s inflation-target mandate.

His first term as SARB governor ends in November, but Kganyago is open to do a second term. He has also been selected as the chair of the International Monetary and Financial Committee for the next three years. 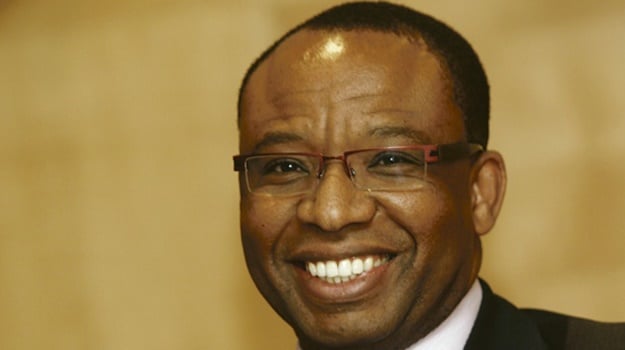 Mminele’s name has long been bandied about as finance minister potential. He joined the Reserve Bank in 2001, and has been a member of the Monetary Policy Committee of the SARB since August 2004.

Between 1987 and 1995 he held various positions at a German state bank. Earlier the year he received the German Great Order of Merit – Germany's highest tribute - for "furthering German-South African relations".