Sony surprised everyone with a futuristic prototype car 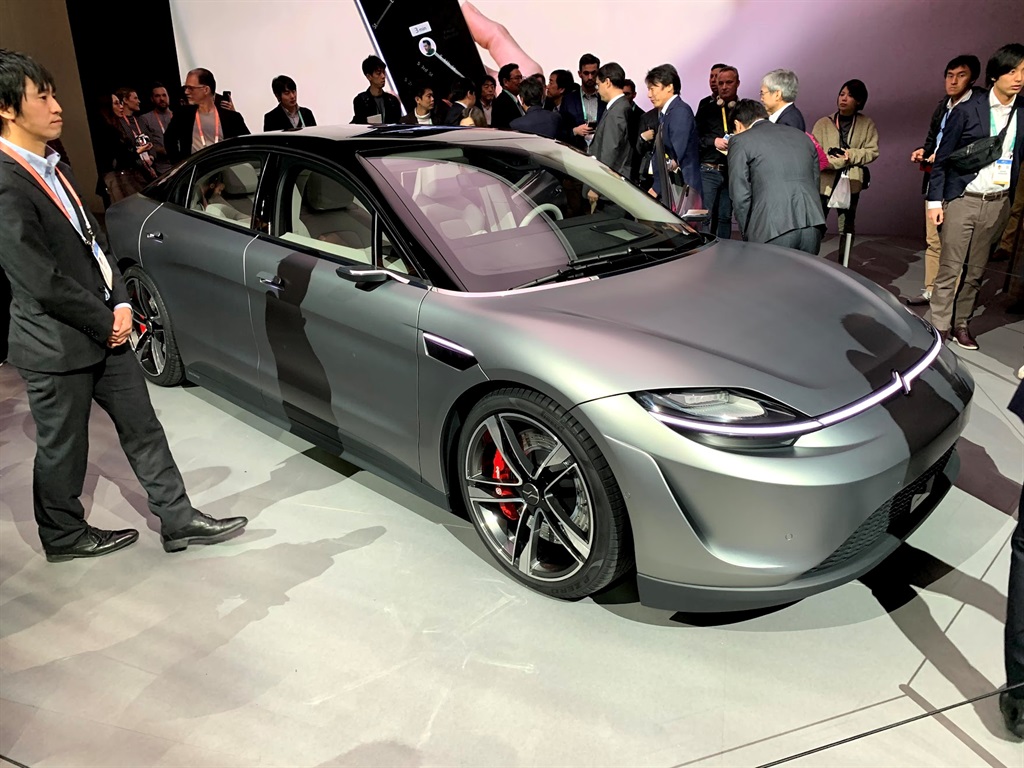 The Sony Vision-S at CES

In a surprise move earlier this week at the Consumer Electronics Show technology conference, Sony unveiled a prototype smart car called the Vision-S.

It's a high-tech vehicle that comes loaded with sensors that can see the car's surroundings, a massive infotainment system, and the ability to detect the driver's alertness level - among other futuristic features.

Sony is far from being the first company to experiment with bringing such technologies into the car. But the announcement further underscores the ways in which technology giants are increasingly pushing their way into the automotive industry as they hope to cash in on what could potentially be the next major wave of computing.

Automotive technology has always been a major theme at CES, but most of the announcements, concept vehicles, and flashy demos come from industry leaders like Ford, Toyota, and Honda - not from a company like Sony, that's best known for its deep roots in the entertainment and consumer electronics industries.

And yet, Sony's Vision-S bridges the two worlds. It's a prototype with smart features geared toward safety, comfort, and entertainment that the company hopes to test on roads later in 2020.

The vehicle has 33 sensors located on the interior and exterior for providing driving assistance and monitoring the well-being of the car's passengers. Cameras, for example, can alert a driver about a nearby pedestrian even before he or she is visible, the company says. Sony's spatial audio system will also be installed in each individual seat within the car, and a giant panoramic screen for watching movies and TV will replace the traditional dashboard in the Vision-S.

All of that said, while it was certainly unexpected for Sony to launch a car, it didn't completely come out of nowhere.

Sony already has a presence in the car. There are a few important reasons why pushing even more deeply into the automotive sector makes sense for Sony. First, its audio and camera technologies are already making their way into vehicles, so creating a prototype car of its own is in some ways a natural expansion of those efforts. Certain car models from Ford including the Fiesta, Fusion, and Taurus, among others, have Sony's premium audio technologies built-in, for example.

The company announced in 2018 that it was commercializing its imaging sensors for automotive use as well. A prototype like the Vision S feels like the culmination of the myriad ways Sony and its products has already been showing up in cars.

Tech giants are more integral to the car than ever.

And then, of course, there's the broader notion that technology companies are becoming increasingly involved in what the future of the car will look like. Apple and Google already enable drivers to mirror their smartphone on their car's built-in display through their respective CarPlay and Android Auto services. Amazon's Alexa can also be found in cars from Audi, Ford, and Toyota, among others, and Amazon announced new integrations with Rivian and Lamborghini at CES as well.

Beyond the services they offer today, both of these tech giants are also thinking about how the car will change over the coming years. Apple is rumored to be working on a software platform for self-driving cars, while Google parent Alphabet has been working on autonomous driving technology for years through its Waymo subsidiary. Samsung too made some announcements at CES regarding autonomous vehicles, showcasing technology that could one day help cars communicate with the city infrastructure around them.

Silicon Valley is looking for what's next beyond the smartphone — and the answer may be the car. The push into vehicles comes as Silicon Valley behemoths are looking for the next big computing platform. Companies like Apple, Amazon, Google, and Facebook have all expressed ambitions to expand into areas like the smart home and augmented reality.

There are a couple of good reasons why the car could be a prime candidate. First, the industry for connected and self-driving cars is expected to grow over the next three years. The global connected car market is projected to be worth $156.1 billion (more than R2 trillion) by 2023, according to research and consulting firm Prescient & Strategic Intelligence, marking an increase from $51.9 billion in 2017. The worldwide self-driving car market is expected to generate $173.15 billion in revenue by 2023, according to a report from Kenneth Research, while Gartner predicts that 740,000 autonomous-ready vehicles will be added to the global market by 2023.

As such, both technology and automotive companies are thinking about how the role of the car will change once they no longer require a driver to sit behind the wheel. CES was filled with concepts from LG, Toyota, Hyundai, Byton, and others that imagine vehicles that can be used for a variety of purposes, from deliveries to retail experiences to providing entertainment.

LG, for example, showcased a futuristic concept that may not hit the road until 2030 that has a giant OLED TV screen, a rolling snack cart, and even a dry cleaning station to press your clothes while you're in transit. The Vision-S is Sony's take on what the car of the future should look like, and it's centered around entertainment, audio, and safety.

Since many of the self-driving and sensor-equipped cars being shown at CES is are in a prototype or concept phase, including the Sony Vision-S and LG's connected car, there's no telling when we'll actually see them in practice. But Sony's announcement further indicates that tech giants will soon be battling for the coveted space inside your car - just like they're already competing to own the smartphone experience in the palm of your hand and the voice-activated commands you speak in the home.