The Mexican National Team gave fans one of the most exciting — and surprising — matches of the World Cup so far, with a thrilling 1-0 victory of reigning World Cup champions Germany.

For Mexico, the result was hard earned, particularly from an endurance standpoint. All but one of the outfield players for El Tri who started and went the full 90 in the match ran over 8km during the match, with defender Hector Herrera notching over 11km. Even Guillermo Ochoa, the team's goalkeeper, ran over 3km!

Although it is only a one-game sample size, the numbers show how physically demanding a soccer match can be (in fact, Germany's players, in total, actually ran four kilometers more than the Mexican team's total, according to FIFA). 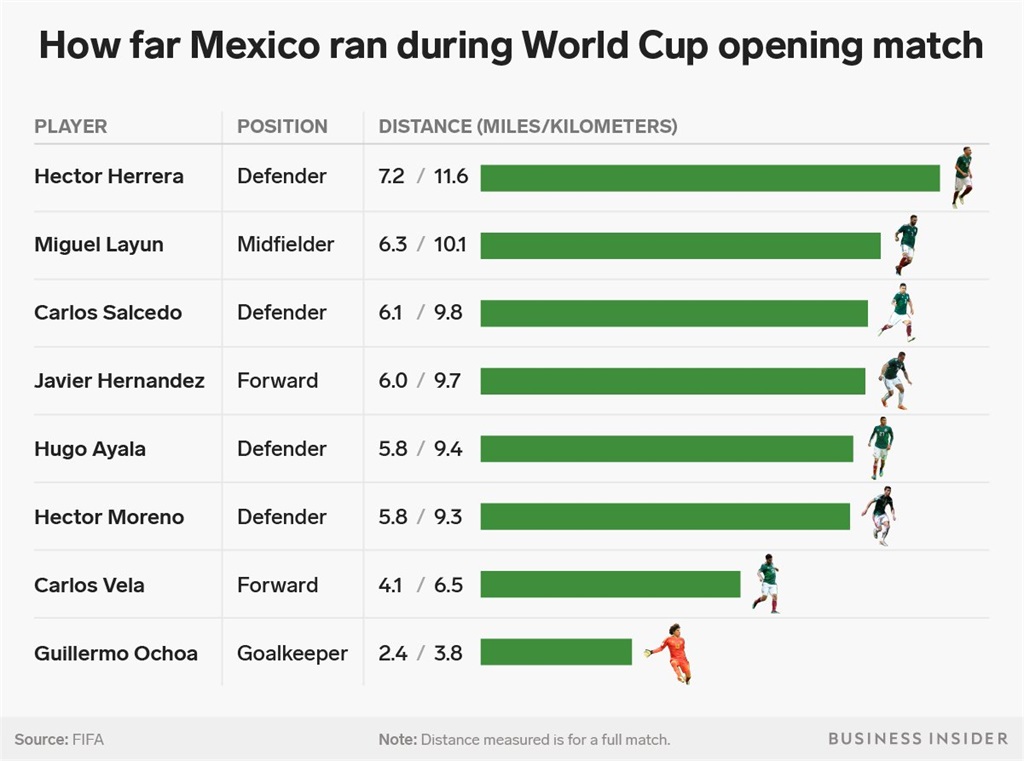 Next on Business Insider
TAKE A LOOK | The R2.3 billion Mercedes that just became the most expensive car ever sold