A skeleton found in England is evidence of Roman crucifixion, archeologists say A nail was found in heel bone of ancient skeleton in England.
Albion Archaeology

Scientists say a skeleton found with a nail through its foot in England is rare evidence of a Roman crucifixion.

The skeleton was included in a recent report in British Archaeology magazine, which details findings from a dig of an ancient Roman settlement found in Fenstanton, Cambridgeshire, that dates back to the late first or early second century AD.

In one of the five cemeteries uncovered, a skeleton — thought to have been of a man around 25-35 years old at the time of his death — had a nail lodged through his heel.

"It stunned us, slightly," David Ingham, project manager at Albion Archaeology, which led the dig, told Insider. The group didn't discover the nail until they were back in the laboratory washing the bones.

The victim's feet were most likely "positioned on either side of the cross's upright post, the feet fastened by horizontal nails through the heels," Ingham and Corinne Duhig, an archaeologist at the University of Cambridge, wrote in the British Archaeology article. Scientists didn't find the nail in the crucified skeleton's foot until they were back in the laboratory.
Albion Archaeology & Adam Williams

After consulting a human bone specialist and ruling out several less-likely theories, the archaeologists concluded that the nail was forced through the victim's foot during an ancient Roman crucifixion, making it the fourth-known such execution worldwide — and the best-preserved.

While crucifixion was believed to be relatively common in ancient Roman settlements, finding archaeological evidence of it is extremely rare. The Cambridgeshire skeleton is only the second time physical evidence of crucifixion has been documented. Two of the four previously claimed executions — one in Italy and another in Egypt — had no nail associated with them.

A skeleton found in Jerusalem in 1968 had a similarly positioned nail in its heel, leading scientists to believe both were positioned similarly at the time of crucifixion, according to the British Archaeology report. In the recent discovery in Cambridgeshire, the nail was kept in the foot of the skeleton because it had bent and become fixed in the bone. 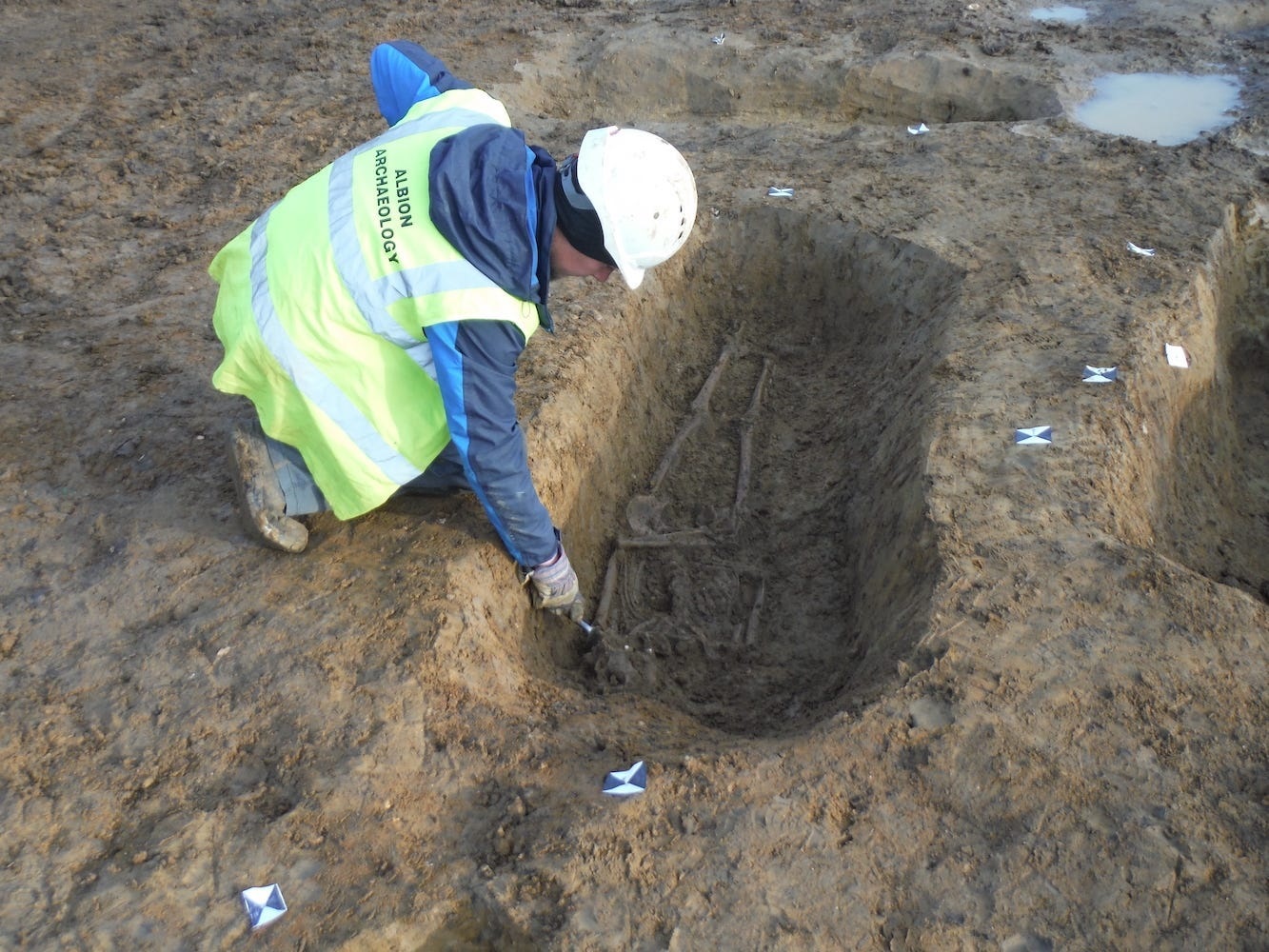 "Everyone knows about crucifixion through Christianity," Ingham said. "What people don't necessarily realise is that there were lots of different ways in which the Romans crucified people. So it's not just the classic image, up on the cross, arms out, spread, feet together,"

Instead, people may have been tied to the cross rather than being nailed at all, Ingham explained.

When nails were used, they were usually removed from the body so they could be reused. Nailing feet to the cross wasn't necessarily done to affix the body to the structure. Instead, it may have immobilised people being crucified and kept them from using their feet to ease the position they were in.

"It was relatively common, but it was still reserved for the most serious crimes. Crimes that threaten the state, particularly sedition, witchcraft, that sort of thing," Ingham said, adding, "These were people who had seriously fallen out of favour with the state, to the extent that they'd been crucified."

Family and friends may have feared being associated with a persona non grata in local society, even a dead one, and failed to arrange a proper burial. Left above ground, decomposition would have destroyed evidence of the execution, Ingham explained.

The Cambridgeshire skeleton adds to evidence from historical texts on the Roman crucifixion and also hints at the political situation at that time of the victim's execution.

"It shows that Roman law was still applied even in the furthest provinces of the empire," Ingham said. "The extreme west of the empire — in Britain — which was a pretty disturbed place by the time that this person was living, in the third and fourth centuries. There was lots of political upheaval.