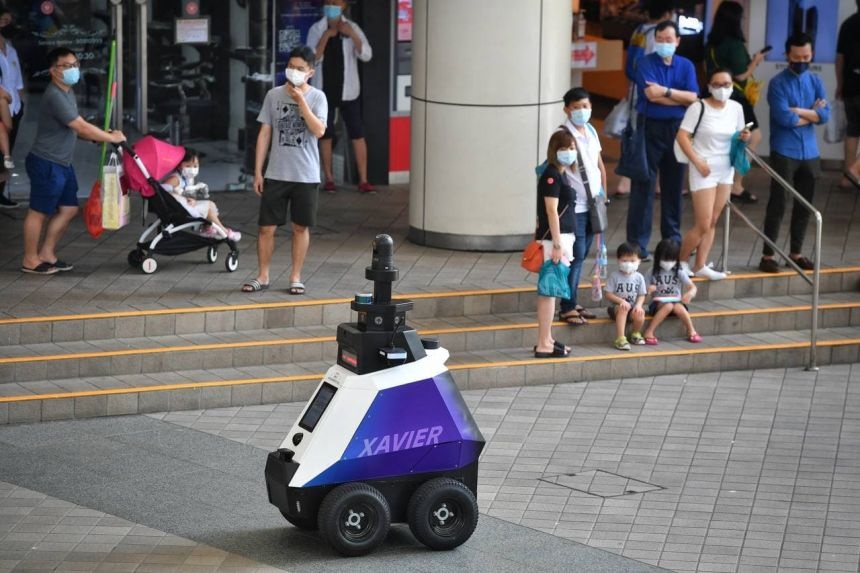 Singapore is testing robots that patrol the streets looking for "undesirable social behaviours."

The two robots, called "Xavier," have cameras that give them a 360-degree field of vision, and will search for people smoking in public, flouting Covid-19 rules, or illegally hawking, Singapore's Home Team Science and Technology Agency announced on Sunday.

Data from Xavier's cameras feeds into AI video analytics software, the agency said. "Once Xavier detects any of the above, it will trigger real-time alerts to the command and control centre," the agency said.

Public officers can then "activate additional resources to respond to on-ground situations when necessary," it said.

The two robots will rove around the high-footfall area of Toa Payoh Central, and as well as alerting officers they will display messages that "educate" the public, the agency said.

"The deployment of Xavier will support the work of public officers as it will reduce the manpower required for foot patrols and improve operation efficiency," the agency said in its statement.

This isn't the first time Singapore has turned to robots to help police its citizens. In May 2020, officials deployed robotics company Boston Dynamics' dog-like robot Spot in parks to tell people to stay at least one metre apart.

In December 2020, the New York Police Department also trialed the Spot robot, but canceled its contract with Boston Dynamics in May after public outcry.