A sick penguin named Pierre has been watching penguin shows while he recovers at an Australian zoo.
Perth Zoo

When you're under the weather, there's nothing like staying home and watching TV to make yourself feel better.

One Australian zoo recently discovered that it also works wonders for penguins. He was discovered on a beach in southwest Australia after braving "a record-breaking swim from islands in the Indian or South Atlantic ocean," Perth Zoo spokesman Jorden Teo told Insider.

Pierre was then transferred to Perth Zoo, where it was discovered that his coat wasn't waterproof due to feather molting problems — which meant he couldn't be released back into the wild right away.

Since Pierre is currently in isolation as he continues to recover, the zoo's veterinary team wanted to find a way to enrich his days.

So they began playing him shows on an iPad, including penguin documentaries and livestreams of rockhopper penguins at Kansas City Zoo in the US and Edinburgh Zoo in Scotland. Pierre is currently recovering in isolation, so zoo staff have been showing him TV on an iPad.
Perth Zoo

Pierre has also become a big fan of Pingu, a claymation children's TV series that follows a family of penguins.

"As you can see in the video clips, Pierre showed some genuine interest in watching the shows on the iPad," Teo said. "He is quite an inquisitive penguin and has taken interest in most of the enrichment activities that he has experienced whilst under the care of the experts at Perth Zoo." Teo said Pingu is "on high rotation" on Pierre's watch list, although he probably doesn't realize that he's watching a fellow penguin.

"In regards to watching Pingu, he is responding more to the color and movement, and wouldn't necessarily identify the cartoon as a real penguin," Teo added.

Either way, it's still important that Pierre sees and hears penguins of his type as he continues to recover. Pierre also watches livestreams of penguins at zoos around the world.
Perth Zoo

"We are spending a lot of time with him, providing enrichment and ensuring his days are fulfilled," Teo said. "Enrichment activities are important for all animals. It engages them, ensures all their senses are stimulated, and helps us provide the best possible level of care."

Pierre has been in Perth Zoo's care for about a month, and has quickly become a favorite among the staff.

Along with binge-watching shows on his iPad, Pierre also enjoys checking himself out in the mirror and "having a light water mist," Teo said. 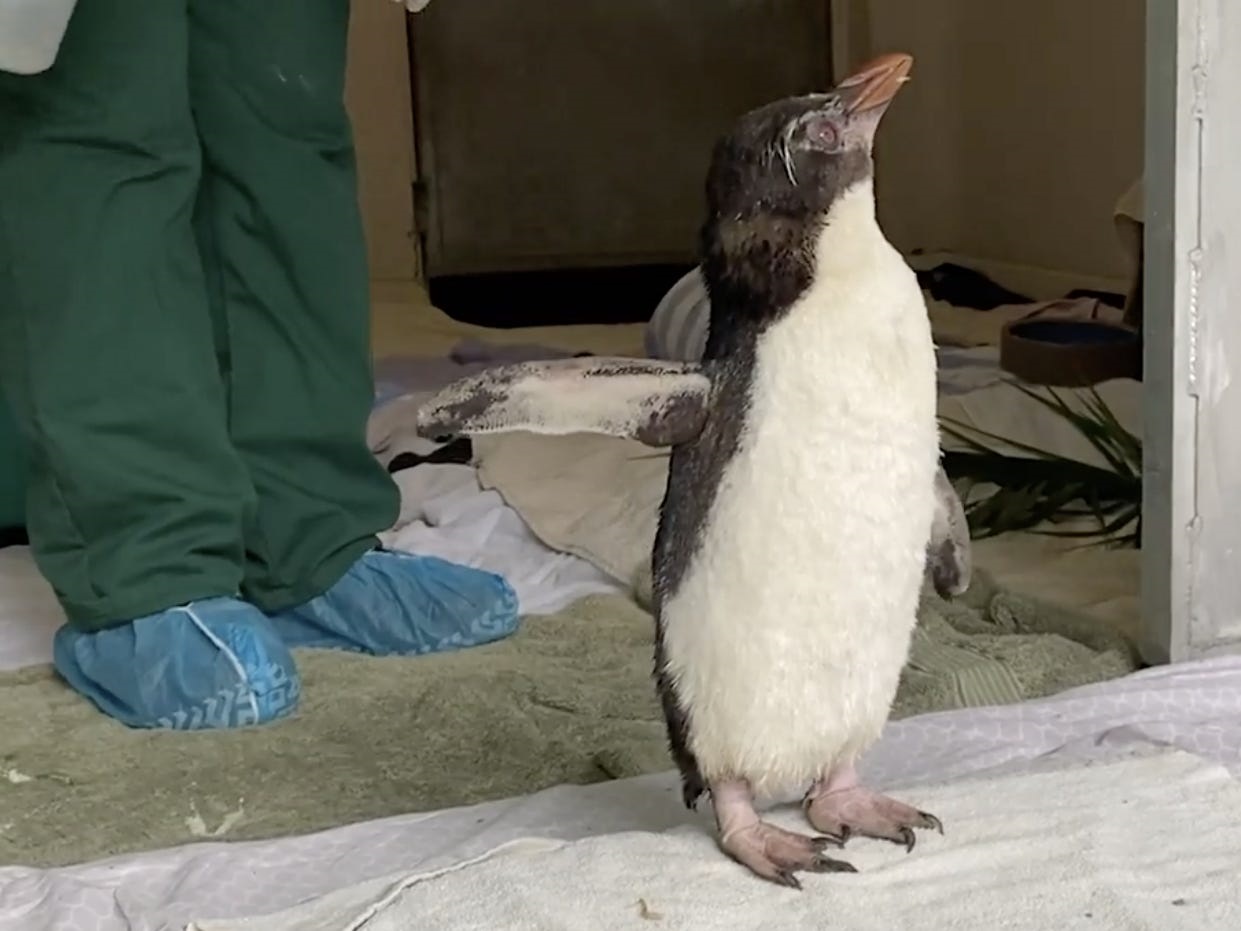 Pierre has been in Perth Zoo's care for about a month.
Perth Zoo

Pierre continues to recover from what is known as arrested molt, which means his annual feather molt stopped before it was complete.

"This could have been because he wasn't getting the right nutrients to sustain his molt, or environmental conditions were not favorable," the zoo said in a statement on its website.

Pierre is currently the only rockhopper penguin being cared for by a zoo in all of Australasia. Pierre is currently the only rockhopper penguin being cared for by a zoo in Australasia.
Perth Zoo

Teo told Insider that Perth Zoo is currently working with its "international zoo colleagues" to find Pierre a home where he can live with other rockhopper penguins while he continues to recover and become waterproof.

Until then, there's always more episodes of Pingu.