Covid-19: Why delaying 2nd vaccine doses may be worth the risk Experts are split on whether governments should delay the second doses of coronavirus vaccines to ensure more people get a first shot.

Countries must decide what to do with their limited vaccine stock: Do they immunise more people with a first dose of a two-dose shot, which doesn't give them full protection against the coronavirus, or do they hold back doses so that more people complete the vaccine course?  Central to the debate is how to minimize the risk from coronavirus variants that are more contagious than the original virus, and threaten to make vaccines less effective.

So far, all authorised Covid-19 shots in the world are two-dose vaccines. Some experts, including Dr. Anthony Fauci, the leading infectious disease expert in the US, fear that delaying second doses risks variants spreading faster. This is because a weaker immune response, from one dose instead of the full two, could nurture variants with mutations that help them survive, they say.

Variants are a significant concern - but for now, a theoretical one, as it has not yet been demonstrated that delaying second shots promotes variants.

On the other hand, the 2.3 million deaths worldwide from Covid-19 are proof that the risk from coronavirus is deadly and immediate. Getting people some immunity from the first shot might, therefore, be a better focus. Some experts are arguing just that: Immunizing as many people as possible protects more vulnerable people from dying, they say. It also could mean the virus spreads less, giving it fewer chances to multiply and mutate.

UK delays second doses by up to 12 weeks

The UK government pioneered the strategy of delaying the second Covid-19 vaccine dose on December 31, aiming to give some immunity to as many people as possible amid surging numbers of hospitalizations caused by a more contagious variant, called B.1.1.7.

Brits can get the second dose of the Covid-19 vaccines authorized in the country - one from Pfizer-BioNTech, one from AstraZeneca-Oxford - up to 12 weeks after the first dose. The second dose must be the same vaccine.

Dr. Michael Osterholm, a former Covid-19 advisor for President Joe Biden, has said that the US should follow a similar model, prioritising the first dose and delaying the second. This would "reduce serious illness and death" that could occur in the weeks ahead due to coronavirus variants. The variant first found the UK, B.1.1.7, has spread to the US and the CDC predicts it will become the most common coronavirus variant by March. 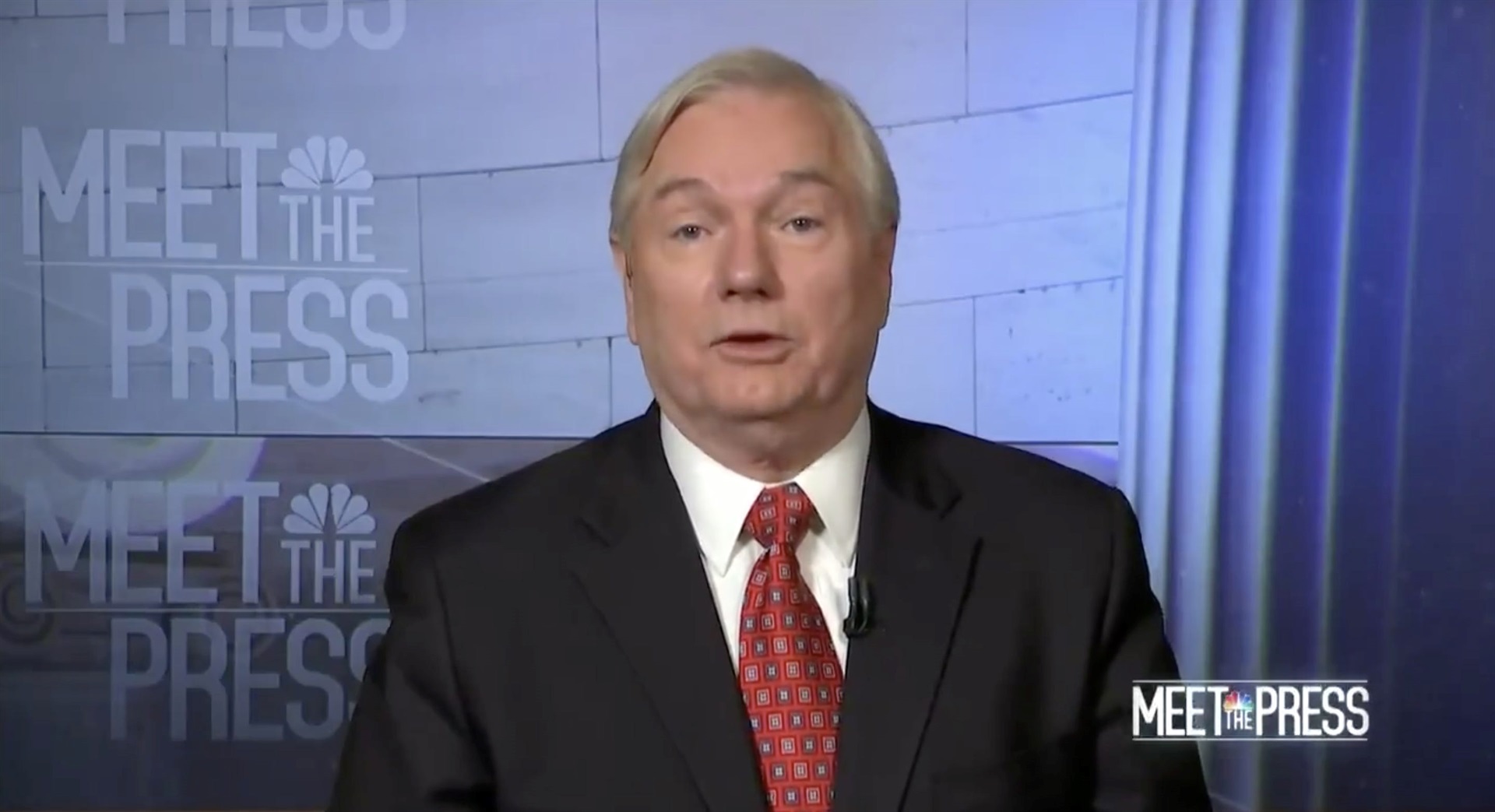 Dr. Michael Osterholm, the director of the Center for Infectious Disease Research and Policy at the University of Minnesota, during an appearance on NBC News' "Meet the Press" on Sunday, October 18, 2020.
Meet the Press/NBC

The Centers for Disease Control and Prevention (CDC) has recommended the second dose of the Covid-19 shots from Moderna or Pfizer, the two authorised in the country, should be given at the intervals tested in trials -Pfizer's and Moderna's shots were tested at 21 days and 28 days respectively, and were roughly 95% effective at preventing symptomatic Covid-19. But in "exceptional circumstances," such as when people have forgotten which dose they have received, it says second shots can be given up to six weeks following the first dose.

The World Health Organization has also recommended a six week gap "in exceptional circumstances," such as a vaccine shortage. The WHO said there is some clinical data that Pfizer's vaccine provides some protection against Covid-19 for up to six weeks from the first dose, so the guidance gives countries leeway to maximise the number of people benefiting from the first vaccine dose.

But Fauci, President Joe Biden's chief medical adviser, said Sunday that scientific data favors prioritizing both doses over a single shot. Fauci also said in January that delaying the second dose could "immunologically select" for virus variants. "It may not be the case, but it gets risky," he said, without elaborating.

South Africa's most senior vaccine expert, Professor Barry Schoub, said January 7 that the coronavirus variants, including one found in South Africa, are more transmissible, which "would be a motivation to go for the double dose as much as you can." The variant spreading in South Africa has been shown in lab-studies to evade antibodies produced by the body, but researchers have suggested that higher levels of antibody can still fight against it.

Professor Lawrence Young, a virologist at the University of Warwick, told Insider that the longer you leave it between doses, "the more people are likely to get infected."

"They might not get sick but they could develop vaccine resistant strains and drive further evolution of the virus," he said.

However, the risks from delaying are uncertain

The UK's top scientist on January 5 called this a "real worry but quite a small real worry." Professor Chris Whitty, the UK chief medical officer, said that it was a "balance of risk" between getting more people immunized versus encouraging further mutations.

Professor Jonathan Stoye, an eminent virologist at the Francis Crick Institute told Insider that there was a "danger" of more mutations happening with delaying the second dose - but that we don't know how big the danger is. It is not a question of the number of mutations, but what type of mutations that get selected for, Stoye said. "We get a lot of mutations anyway."

The British approach of delaying the second dose could be especially advantageous for the Covid-19 vaccine co-developed by AstraZeneca and the University of Oxford, which uses an inactivated chimpanzee virus to stimulate an immune response, because trials have indicated a longer gap could even produce a better immune response.

Delaying the second dose of mRNA-based Covid-19 vaccines, which use a genetic code to produce an immune response, is more controversial because mRNA vaccines use groundbreaking technology, so we don't know how well they work when the second dose is delayed. Moderna and Pfizer's shots are mRNA-based. A small study in Israel, which came with caveats, has shown the single dose of Pfizer's shot was less effective than hoped.

Stoye and Young both told Insider that, overall, they agreed with Whitty that the risk of mutations was a trade-off.

Stoye said that the UK's approach wasn't foolish, as long as people get their second dose.

The most important thing is to protect vulnerable people from getting sick and dying, Young said. "Even if they're getting partial immunity, that should be enough."