The 19 most shocking celebrity breakups of 2018 No one saw Channing Tatum and Jenna Dewan's breakup coming.
Chris Jackson/Getty Images
2018 was a rough year for celebrity couples. Sure, plenty of pairs got married, like Miley Cyrus and Liam Hemsworth. But over the course of 12 months, more than 100 couples split.

Long-running couples that fans thought would last forever, like Channing Tatum and Jenna Dewan, revealed their devastating breakups this year. Other stars weren't dating for too long, but their breakups were still surprising.

From Jennifer Aniston and Justin Theroux to Cardi B and Offset, here are the most shocking celebrity breakups that were revealed in 2018. Aniston and Theroux technically split in late 2017 but didn't share the news with fans until February 2018. They even adopted a dog together and praised each other's work.

"Normally we would do this privately, but given that the gossip industry cannot resist an opportunity to speculate and invent, we wanted to convey the truth directly," read the statement given to The Associated Press by Aniston's publicist, Stephen Huvane. "Whatever else is printed about us that is not directly from us, is someone else's fictional narrative. Above all, we are determined to maintain the deep respect and love that we have for one another."

Prior to getting married in 2015, they reportedly started dating in 2011. In retrospect, there were probably signs that Tatum and Dewan's marriage wasn't perfect, but fans were surprised when they broke up after 9 years of marriage.

"We fell deeply in love so many years ago and have had a magical journey together," they said in a statement. "Absolutely nothing has changed about how much we love one another, but love is a beautiful adventure that is taking us on different paths for now." The two actors met back in 2009 in a British theater production called "Phedre." They didn't speak much about their relationship but were reportedly together for 8 years before splitting. Cena and Bella started dating in 2012 and talked openly about planning their wedding and future together.

It was shocking that the couple broke up in April, after especially after getting engaged in front of thousands of fans at WrestleMania.

"While this decision was a difficult one, we continue to have a great deal of love and respect for one another," they wrote in a statement shared on Instagram. The rapper and his wife of two years stunned fans when they shared their amicable split in March. What's even more heartbreaking is that the first tattoo Logic ever got, "happy wife, happy life," was inspired by Andrea. He got the ink before tying the knot with Andrea, because he "just knew."

"I loved the woman that I was with and I felt really good about that because as much success that you can have, or money, financially being stable, amassing fans, millions of people who know who you are, it is all nothing without someone to share it with," he told GQ. The Imagine Dragons front man and Volkman ended their relationship after 7 years of marriage and 3 children together.

"Aja is the reason that I am anything today," the singer told Ellen DeGeneres a few months later. "All activism in my life, all musical accomplishments come from her. She's my best friend. She's been my creative partner for 10 years now, and hopefully for the rest of my life." The two musicians started dating in 2016. For almost two years, they shared sweet photos together, nailed their Halloween costumes every year, and collaborated on a song ("My Favorite Part").

Fans were devastated when Grande confirmed the end of their relationship in May.

"This is one of my best friends in the whole world and favorite people on the planet," Grande wrote on her Instagram story at the time. "I respect and adore him endlessly and am grateful to have him in my life in any form, at all times regardless of how our relationship changes or what the universe holds for each of us!" Michaels and Rhoades were together for almost 9 years before calling off their engagement.

"We've found we're better friends and parents living apart than staying together," Michaels shared on Instagram. "Life and people change but our love for one another and commitment to raising our two kids [daughter Lukensia and son Phoenix] as an inseparable team remains." After being married since 1993, the two actors split up.

"Our relationship became a friendship so the decision to end the marriage is completely mutual and amicable," they told "E! News." The two stars were on-again, off-again for almost a decade and got engaged in 2013. They also welcomed a daughter together named Kaya in 2014.

And just a month before news of their breakup spread, the family was all smiles while vacationing in Greece. People who have followed the couple's relationship for 14 years were blindsided by their breakup.

In a joint statement, they clarified that "there has been no lying or cheating or fighting that prompted this change, just an expansion of our individual evolution which has inspired us to support each other in a new way." "The Bachelor" franchise hasn't produced too many long-lasting couples, but Bristowe and Booth were the longest-engaged "Bachelor" couple.

"This difficult decision comes after thoughtful, respectful consideration," they told People. "Even though we are parting as a couple, we're very much committed to remaining friends and we will continue to support each other." Hilton and the actor got engaged in January 2018 and flaunted their relationship (and the $2 million engagement ring) for months. The heiress called Zylka her "best friend and soulmate," too.

The pair also said that they were a "perfect couple" because they never fought. Needless to say, there were no signs that they were headed for a breakup, but they reportedly split in November. De Niro and Hightower dated for 10 years before finally tying the knot in 1997. They had brief marital problems and separated in 1997, but later patched up their relationship and renewed their vows in 2004. The couple also attended red carpets together, most recently, the Tony Awards in June.

Their split was revealed in November and confirmed by the Oscar winner shortly after.

"Grace and I have two beautiful children [son Elliott and daughter Helen] together," De Niro said in a statement. "We are entering a period of transition in our relationship which is a difficult but constructive process."

Cardi B and Offset 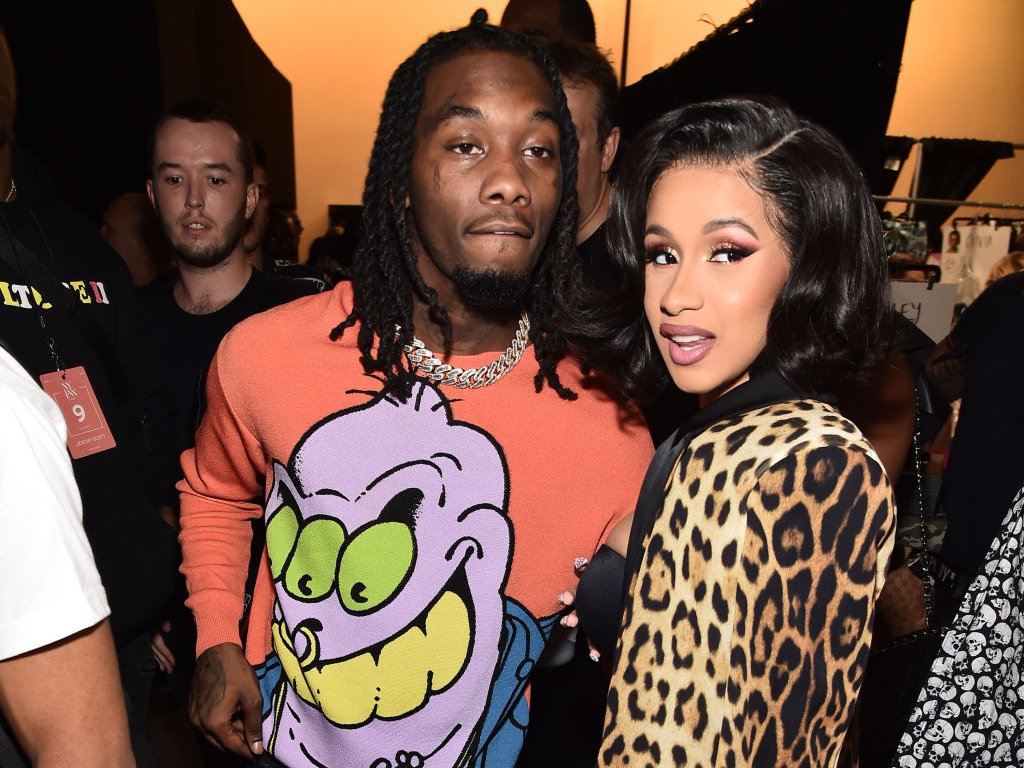 The rappers started dating in early 2017. During their relationship, the Migos member got a tattoo inspired by Cardi B and the pair denied reports of infidelity. In April 2108, Cardi B revealed her pregnancy on "SNL" and gave birth to their daughter in July. Oh, and she admitted that the couple spontaneously got married in September 2017.

Since Cardi B revealed their surprising split in October, the Migos member has made efforts to reconcile, and it's possible that they could get back together at some point. 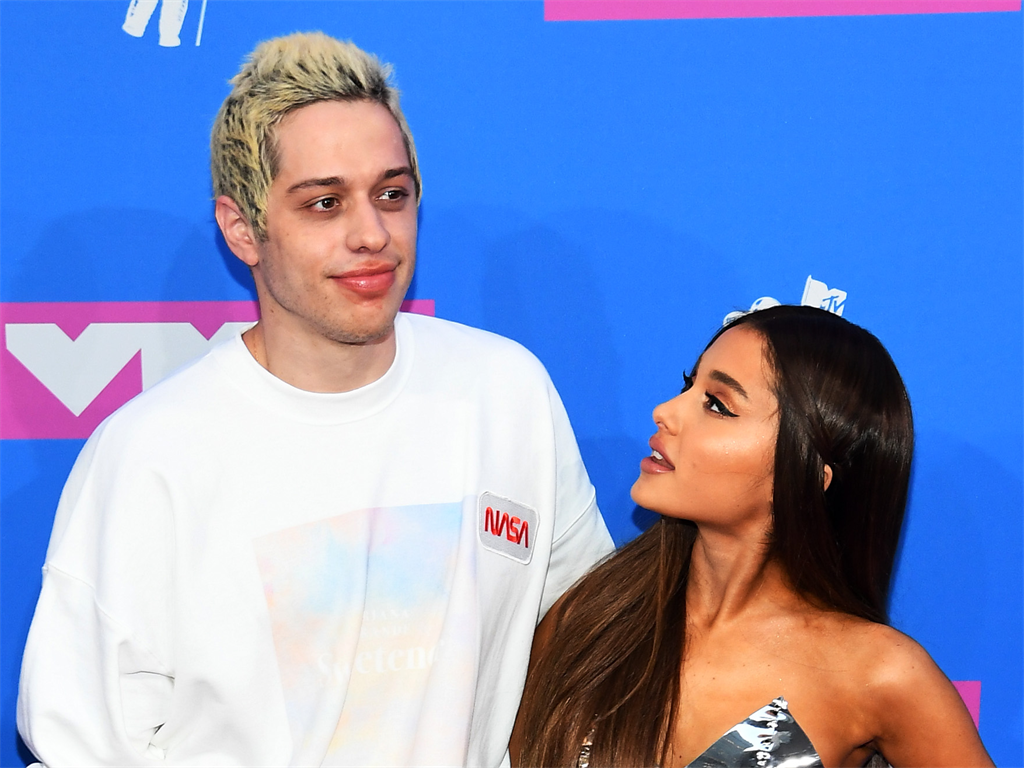 Grande and Davidson had a truly whirlwind romance that started in May. They got several matching tattoos, in addition to ink that was inspired by their relationship. The following month, the couple confirmed that they were engaged. Grande also talked about possibly having their wedding in 2019. The "Clueless" star and the musician were one of Hollywood's more low-key couples. They got married in 2005 welcomed a son named Bear Blu in 2011, but people were still caught off guard by their split after 20 years together. It's unclear what prompted the stars to split, but Lisa Osbourne filed for divorce in May, after being married for 6 years. The news came out of nowhere, especially since the couple welcomed their third child, Minnie, in February. The young stars seemed to have a solid relationship for more than two years, so fans were taken aback when they released an emotional video in June and revealed that they split. Moreover, they waited six months to tell followers because they were still upset and confused about the situation.

"Liza broke up with me because she felt like we've been distant kinda distant. Because we've just been so busy. Period," Dobrik said.