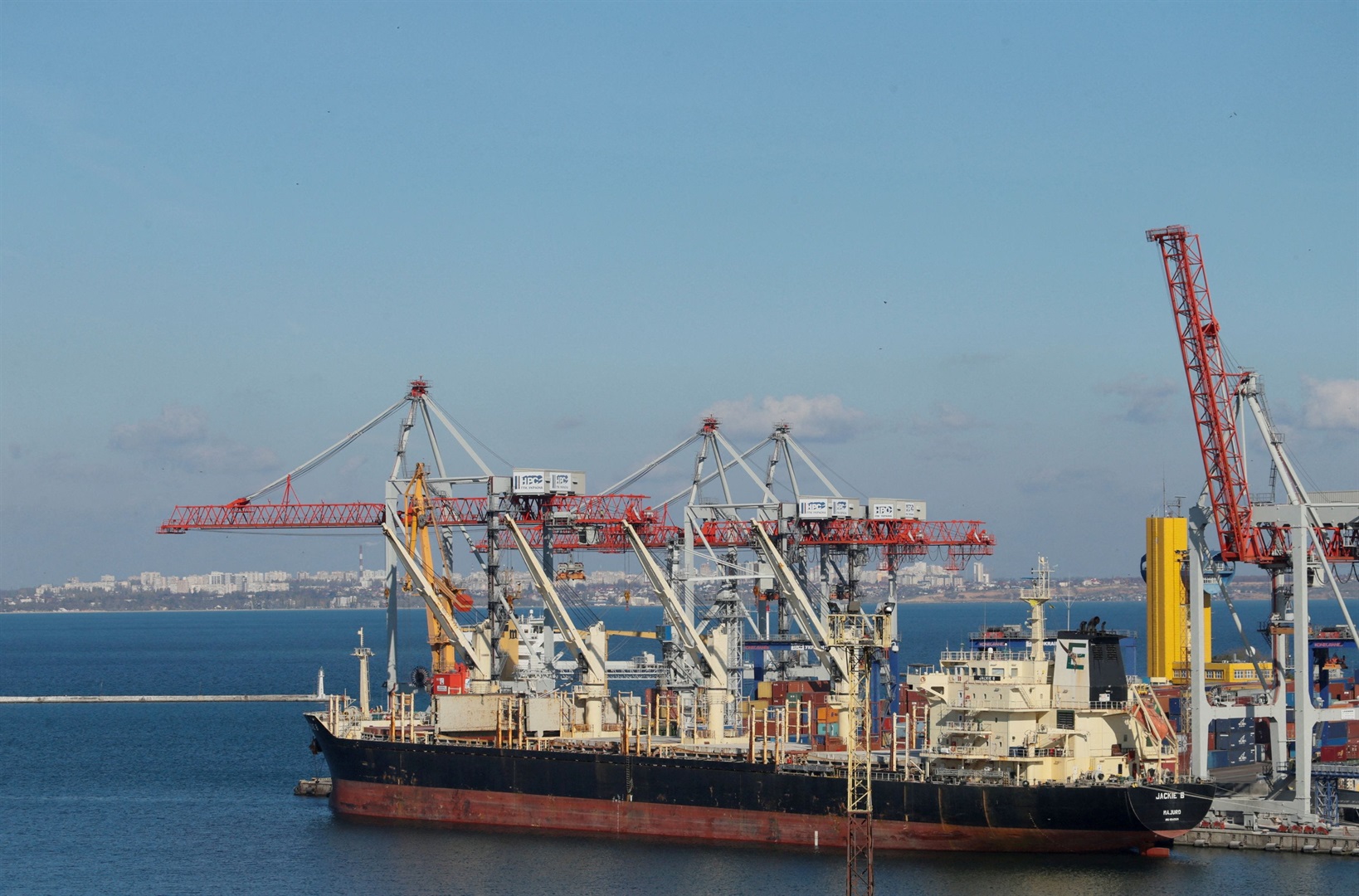 The world's largest shipping management firm has requested that NATO provide naval escorts for shipping in the Black Sea amid concerns that vessels could be at risk as a result of conflict in Ukraine, the Financial Times reported.

The CEO of V.Group, René Kofod-Olsen, told the outlet that NATO intervention is merited due to the region's importance for shipments of food. According to the paper, the conflict in Ukraine has made the northernmost third of the Black Sea unsafe for shipping.

"We should demand that our seafaring and marine traffic is being protected in international waters. I'm sure Nato and others have a role to play in the protection of the commercial fleet," Kofod-Olsen told the FT.

According to NATO, floating mines have been found and deactivated in the Western Black Sea by authorities of countries that border the waterway. The organisation also said that "threat of collateral damage or direct hits on civilian shipping" in part of the Black Sea remains high.

V.Group did not immediately respond to Insider's request for comment.

NATO has so far declined V.Group's request, according to the FT.

"Russia's naval presence in the Black Sea has disrupted maritime commerce even before its invasion of Ukraine," the military alliance told the paper.  "Nato is not considering a naval mission to escort ships in the Black Sea, but Nato allies that have coastal borders — Bulgaria, Romania and Turkey — have deployed ships to find and neutralise any mines that may be in the area."

NATO did not immediately respond to Insider's request for comment.

Hundreds of seafarers on dozens of vessels have been stranded in the region due to the conflict, and are running short of supplies like food and fuel, the International Maritime Organization previously told Insider.

The stranded vessels and crews have highlighted the challenges of exporting and importing goods from the region via sea following the invasion. Exports of commodities such as wheat and corn, of which Ukraine is a major supplier, have already been hampered by the closure of ports, while cities within Ukraine face food, water and energy shortages as imports are curbed.

Kofod-Olsen's request for NATO escorts comes after maritime and labour organisations' call  for a "blue corridor"  to safely evacuate stranded seafarers failed to materialise, due to security risks such as mines, the International Transport Workers' Federation previously told Insider.

Security officials also told the FT that any such corridor may create a route for Russian military ships into Ukraine.