Ever Given's rudder freed from sediment, but ship's still stuck in the Suez Canal 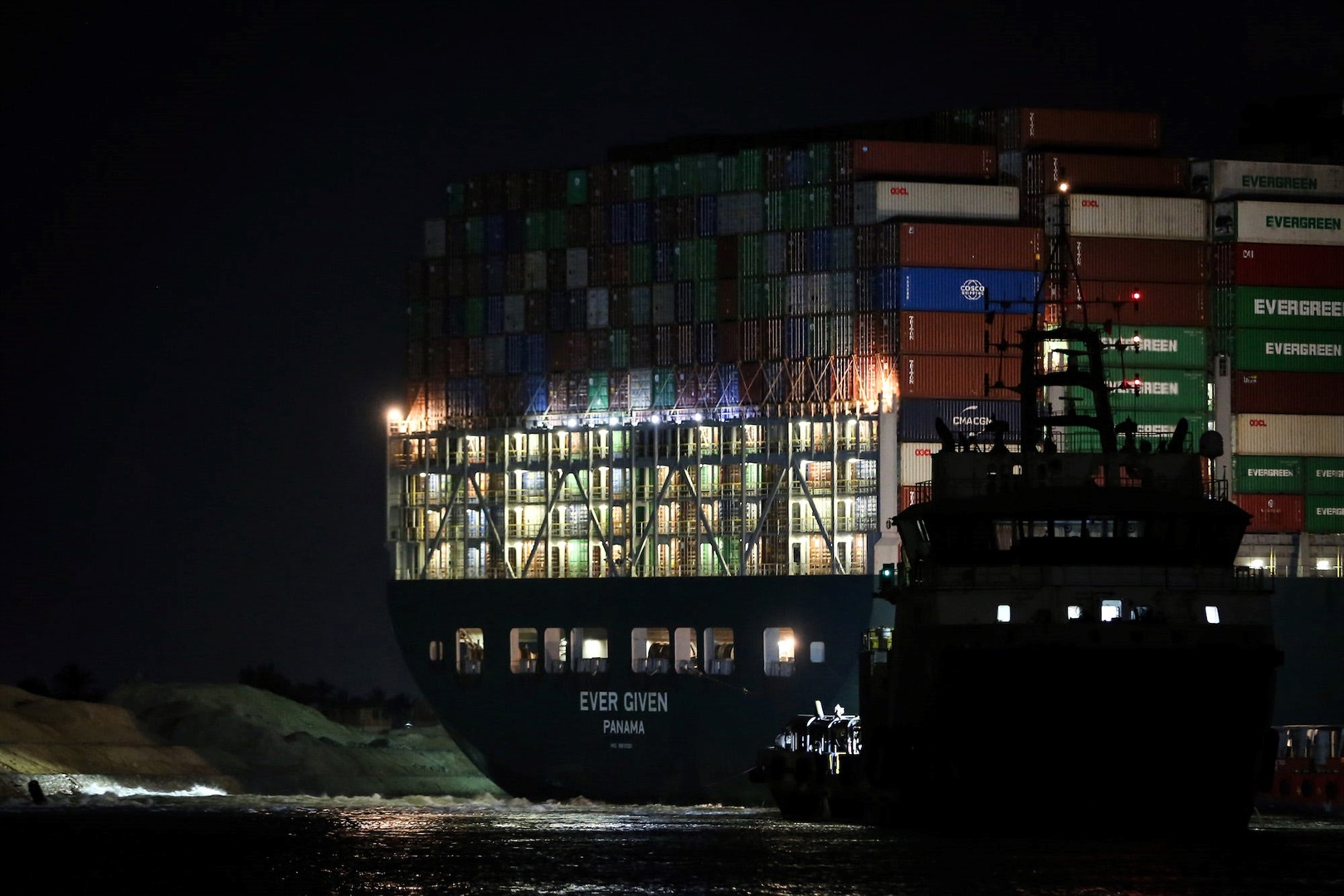 A general view of "Ever Given", a container ship operated by the Evergreen Marine Corporation which is currently stuck in the Suez canal, during a tugging attempt to re-float it.
Fadell Dawod/Picture Alliance via Getty Images

The massive container ship wedged in the Suez Canal achieved a fleeting success on Friday night, but the vessel remains stuck for the foreseeable future, officials said Saturday.

Workers made "significant progress" and managed to release the ship's rudder from the sediment, a spokesperson for Bernhard Schulte Shipmanagement, the technical manager of the ship, told Insider in a statement.

But the port side of the ship's bow remains stuck in the sand and mud, the spokesperson said, noting that 11 tugboats were working throughout Saturday alongside dredging operations to clear the sediment. The Ever Given, operated by the Evergreen Marine Corporation, ran aground March 23 due to high winds from a sandstorm. The vessel is one of the largest container ships - it's roughly twice the length of the iconic Ponte apartment tower in Johannesburg.

The ship has been blocking the entire width of the Suez Canal for over 100 hours. The debacle is costing the global economy an estimated R6 billion per hour - some 300 other ships are stranded, and some have opted to take a detour around Africa.

The head of the Suez Canal Authority confirmed to reporters Saturday that "the ship's stern began to move towards Suez" on Friday night, but said workers stopped their efforts when the tide fell.

"We expect that at any time the ship could slide and move from the spot it is in," Suez Canal Authority Chairman Osama Rabie said at a press conference. Egypt's Suez Canal Authority chief Osama Rabie holds a press conference over the grounding of the Ever Given cargo ship in the waterway, in Suez on March 27, 2021.
Ahmed Hasan/AFP via Getty Images

He added that he couldn't speculate on when the ship will be freed.

"I honestly cannot say exactly when we will finish. Maybe today, god willing. Maybe tomorrow. It depends on the situation; it depends on how the ship responds," he said. "When dealing with a ship of this size, its behaviour with the dredgers is unknown, we don't know how it will respond to the pulling."

All 25 crew members, who are all Indian nationals, remain safe and "in good health and spirits," the BSS spokesperson said.

egypt suez canal ever given