You’ll soon be able to invest, timeshare-style, in a fleet of Uber cars or in buildings in South Africa 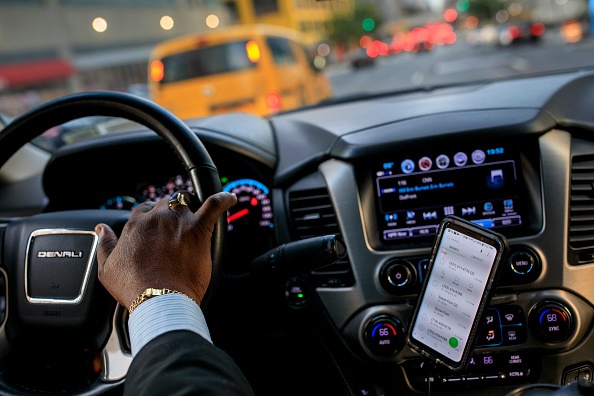 It will soon be possible to buy shares in buildings – or in a fleet of Uber vehicles – online in South Africa, through a mechanism first used for holiday timeshares.

Investment platform EasyEquities is planning fractional ownership investments for those kind of assets, and though its scheme is not yet taking money, a page promoting it is now live.

A promotional video tweeted by EasyEquities’ Carel Nolte says the company aims to simplify property investing by allowing users to “own a share in bricks and mortar through fractional property investing, without making a huge commitment of time and money”.

EXCITED! @EasyEquities launchers another innovative first! #property #invest https://t.co/YSvZme3owI - hope you are signed up so as not to miss out! https://t.co/AXHiXtdYc1

Fractional ownership investments take several different forms around the world, with roots in the timeshare business.

Pooled property investments have sometimes ended in tears - most notably with the collapse of the property syndication scheme Sharemax in 2010.

Instead, the company dealt in exotic debt instruments that had little to do with ownership, and eventually left thousands of mostly pensioners out of pocket.

EasyProperties, however, says it gives users the chance to invest in fractions of “real properties” identified and bought by its “team of experts” – who they say also “negotiate discounts on your behalf”.

They then split the purchased property’s value across a number of shares, for EasyProperties members to purchase.

The website says it’ll take care of tenants, property insurance, maintenance, and “all the hassle”, and allow the investor to “sit back and earn your share of rental income, after expenses”.

Although not yet live to the general public, the website teases the ability to pick investments in buildings like The Rockefeller at Harbour Place, Hyde Park House, and Sandown Village Office Park.

You will also be able to buy into a fleet of Uber cars.

We‘ve partnered with @Sunstone_SA & @EasyEquities to unlock a world-first in Fractional Investing. Now you can invest in a share of a ride-hailing fleet for as little as R100.

FlexClub is a South African “drive-to-buy” car subscription startup that, according to their website, is “the most flexible way to realise your car ownership dreams.”

The company gives car owners the opportunity to rent out unused vehicles to Uber drivers who cannot afford vehicles of their own, and then earn a monthly rental of around R4,500 for the car.

Speaking to Business Insider South Africa in November last year, co-founder Tinashe Ruzane said they had up to R50 million worth of cars rented out to them since their launch in 2018.

The new FlexClub fractional investment scheme is available via the EasyEquities platform, and operated by investment fund Sunstone Capital. It’s a Section 12J investment, a government initiative that offers certain tax incentives for individuals as a way to help grow the economy.

According to the investment application form, the “UB” ordinary shares currently for sale are priced at R1,050 each, with a minimum application amount of R105,000.

But the fractional ownership system allows EasyEquities to pool all investments made via its platform, and then make a single offer on behalf of all users.

Related Links
Free Uber rides offered for job seekers in South African cities
Uber cofounder Travis Kalanick will leave the company's board at the end of the year
Uber's safety centre for SA is based in Egypt - here's how it works
Next on Business Insider
'When you get funding, invest in that generator' – small businesses on surviving power cuts